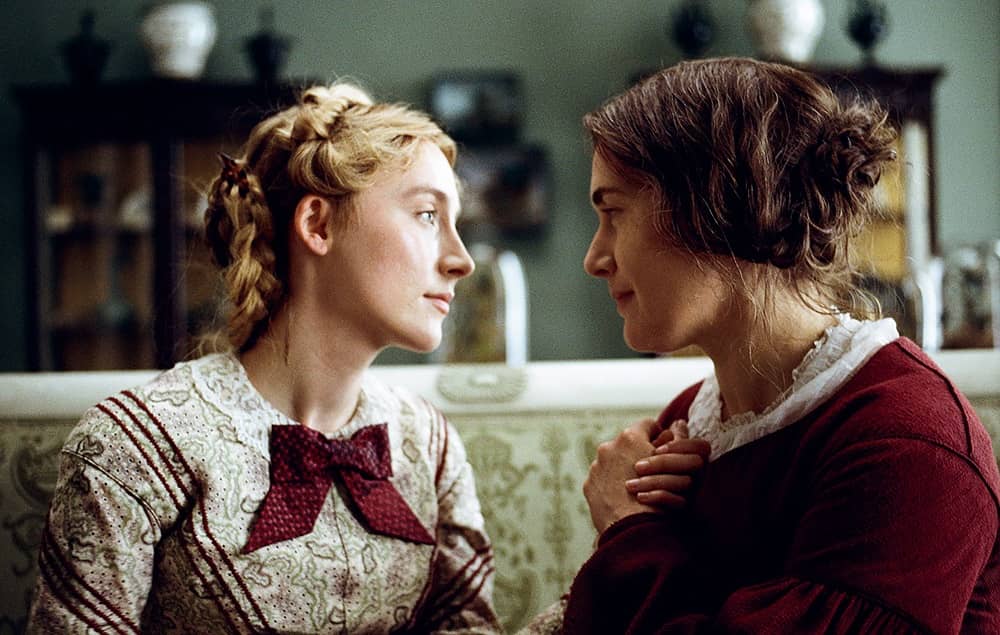 Despite the entire world falling apart, awards season will still probably happen, and as such, period dramas are in full swing and ready to win awards. Enter Francis Lee and his second feature Ammonite.

Ammonite follows the vaguely true story of Mary Anning, who spent her time uncovering fossils in Lyme Regis. When Charlotte Murchison shows up and is put in Anning’s care, the two begin to connect emotionally.

Lee’s follow up to God’s Own Country is a classy affair. It’s a historical drama set in the English coast and casts Kate Winslet and Saoirse Ronan in leading roles. Both are brilliant performers and able to bring warmth and depth to their performances. They’re masters of their field. Winslet often fated with awards, Ronan giving Amy Adams a run for her “I want my f***ing Oscar” title. While both of them are doing a lot of repressed emotions, it’s some of their best work.

Unfortunately, neither actor’s performance is served well by the film itself. What this film clearly wants to be pitched as is Portrait of a Lady on Fire, a sort of Fossil of a Lady Desire if you will. It’s not, though, it’s all very costume driven, and yes both the leads are good, but there’s only so many times you can see Winslet chip away at rocks before you begin to think “I’d actually like the story to be told now”. 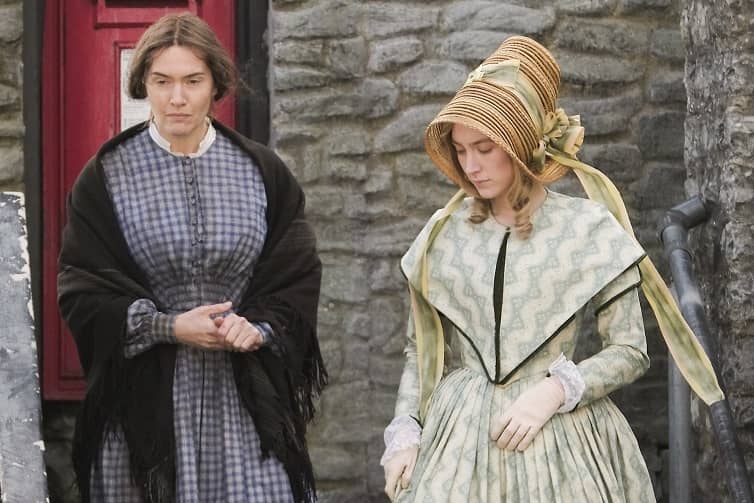 That’s not to fault what Lee as writer and director is clearly aiming for, a story of emotions coming forth, but like the rocks of their title it’s a case of eroding away until something happens and when it does it’s not much. Admittedly seeing prestige actor Winslet hoist up eighteen layers of Ronan’s clothes to perform oral sex is impressive, and eventually Winslet cracks a smile while neck deep in water, it’s a long time coming.

The film has a weird relationship with the truth. Mary Anning, Charlotte Murchison, and even Fiona Shaw’s small role as Elizabeth Philpot are all real people, but there’s no historical proof that Anning was in any way inclined towards women, nor that she spent an entire summer sternly lusting after Murchison, which makes the choice to create this story by using real people all the more confusing.

The film is also somewhat funny in the way it treats Gemma Jones’ Molly Anning, coughing in every scene to the point where you might start believing the Grim Reaper is sat at the table doing a crossword. Yes she’s old, and it’s the old times, but even so there’s a point when you need to be a little more subtle in your depiction of an old woman, and a little less subtle in your romance, if that’s what you’ve sold your film on.

What Lee is aiming for is amiable, and it’s commendable, but ultimately Ammonite is a thick piece of rock of a film that takes its time getting to its point, and that point is: repressed women have sexual needs that only other repressed women might understand. Still, Ronan is long overdue her Oscar award. 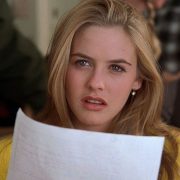