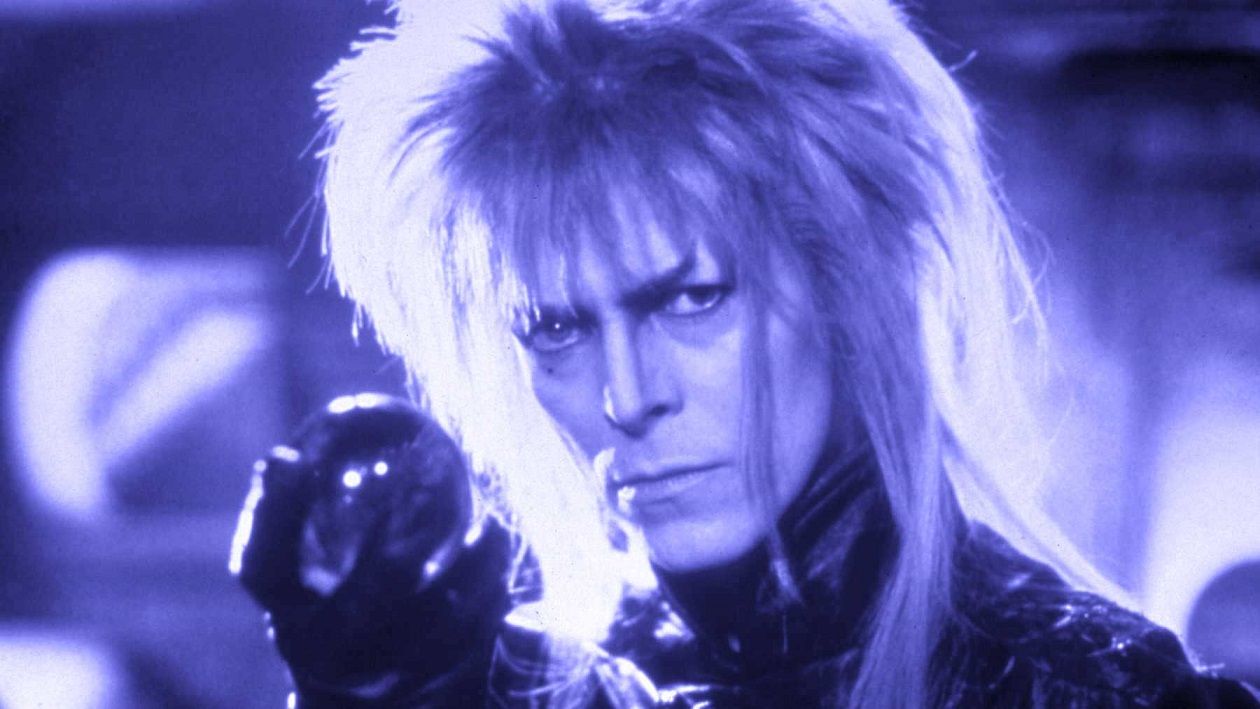 No one ever sticks to one job in the world of showbiz. Actors want to direct, directors want to be novelists, producers want to write, poets want to model, models want to sing and so on. But of them all, singers love to act – it’s what they live for, the chance to do a role.

Some do vanity projects, solely aimed at their demographic and fanbase, and others do it for the art, putting themselves into the job of doing proper acting, even without singing. We’re going to take a look at some of the most successful examples of musicians who turned to acting and did a damn good job of it.

Though often mocked for not being a good actor, Bowie’s enduring legacy did lead to him being in some pretty great films. Yes, we all love his turn as Goblin King Jareth, but his turn in Christopher Nolan’s The Prestige as Nikola Tesla is brilliantly observed and plays on his jovial charm. Though it’s often easy to mock Bowie’s voice and way of talking his approach to acting was similar to his approach to performing, giving it an otherworldly approach and a man who works with Nicholas Roeg, Martin Scorsese, Tony Scott, Christopher Nolan and David Lynch cannot be that bad. Plus, his cameo in Zoolander is amazing.

Don’t be fooled by the rocks that she’s got, nor the billion-dollar movie roles, nor the platinum-selling albums, J-Lo remains to this day, Jenny from the Block. Jokes aside, Lopez is one of the highest-paid actresses in the business and despite a dip in her star as an actress in recent years her turn in Hustlers has some serious Oscar buzz about her. She’s done work in genre, comedy, drama and thrillers and a stint in a cop-show to boot. Yes, she was in Gigli which was unbelievably awful, but it shows her power that she just carried on regardless.

Admittedly it might be easy to think that Smith is an actor who dabbles in music but he was rapping as the Fresh Prince before movies came along, and it was his music that lead to the obligatory sitcom where the lead actor plays someone with the same first name that plagued the 90s. From then Smith has continued to be a big bankable star though it dipped in the early 2010s, and his music career has become somewhat dormant as he creates his weird family dynasty. Perhaps the success of Aladdin might bring Big Willie back the way he was and some new songs – he didn’t even do the song for Men in Black 3, and that is a crime.

Old Blues Eyes was the sort of man that pissed Bourbon and shit Cuban cigars and his music is the sort of stuff that your dad wishes was still played on the radio, but his film work is also something to be commended. He won the Oscar for Supporting Actor for his role in From Here to Eternity, and was nominated as Best Actor for The Man with the Golden Arm. He also got several Golden Globe nominations for his work.

Read next:
Marvel's 'The Defenders' review - a strong superhero series with the high quality expected from Netflix’s Marvel outings

Though it was easy, and quite common to mock Justin Timberlake for his N*Sync heritage and his early less than brilliant acting roles, after working for David Fincher as uber-douche Sean Parker in The Social Network, Timberlake became something of a good actor. He properly divides his time between the two, providing music for some of his films which lead to an Academy Award nomination for “Can’t Stop The Feeling” for the film Trolls (in which he was a voice). There’s something to be said for how he navigated the heartthrob days into a proper artist with merit.

Common’s film work has been quite good, bordering on brilliant, for some time. Thanks to winning an oscar for the song Glory in Selma, the Chicago-born rapper is probably now an A-lister. His name can appear on movie posters and with good reason – he’s been quietly good in a lot of movies, not least Wanted and The Hate U Give, both of which show the range he can apply to works. Music is clearly still a big part of him and he continues to work hard at producing and rapping as much as he acts, which is laudable for how varied his work has been.

Kristofferson is the country star your nan wants to bang – ask her, she does. Be it shirtless knocking boots with Barbra Streisand in a drunken stupor in A Star is Born, or tooling Wesley Snipes up in Blade, he’s a country sex machine with a film career as successful as his music. He did form the Justice League os country music in The Highwaymen. His success also gained him a Golden Globe for his performance in A Star is Born, as well as an Academy Award nomination for songwriting for Songwriter. Kristofferson continues to both sing and act, and your nan still wants to bang him – ask her. Plus, his real name is Kristoffer Kristofferson and that’s a cool name.

Meat Loaf is a weird sex symbol, since outside of his rock-n-roll persona he looks like just your dad who likes Sunday Football and a Miller Light beer, but he’s both rock royalty and had a successful career in movies. Meat Loaf says that when Jack Black was trying to gain momentum for the Tenacious D movie he kept appearing on TV saying Meat Loaf should play his dad, his daughter begged him to do the role, which he didn’t want to do since he wanted to be in movies that didn’t rely on him singing. He did the movie, and it was one of the best scenes in it. He reportedly was in such good shape when he signed up for Fight Club they had build a fat suit for him which weighed the same amount as another person and caused his to sweat constantly, he also apparently had an affair with Patricia Quinn (Magenta) while making The Rocky Horror Picture Show. The man is a legend, and his name is Robert Paulson – except it’s Meat Loaf.

Read next:
No Majesty's Alternative Oscars 2020

Are you LGBT+? Are you a woman over forty? Are you an LGBT+ woman over forty? Chances are you love Cher. Just kidding, Cher, like a healthy diet, is for everyone. Cher these days doesn’t do much movie work because the work she’s had done makes her look inhuman, but in the eighties she was a legitimate actress. She won the Academy Award for Best Actress in 88 for Moonstruck, and was nominated as Supporting Actress in 84 for Silkwood. She has several Golden Globes to her name, and was so camp that Mamma Mia! had to cast her as Meryl Streep’s mum because Fernando isn’t going to camply sing itself.

Streisand might be the uber-text of a singer becoming a brand, she is, after all a EGOT winner who made her name is singing and broadway before reprising her role in the film of Funny Girl. Not only has she become a fantastic actress winning awards for acting, she is a famed film producer and director having directed Yetl, The Prince of Tides and The Mirror Has Two Faces which she also starred and produced in.

For Yentl she also holds the distinction as being the first woman to be nominated for the Golden Globe for Best Director. She has an oscar for acting (Funny Girl) and songwriting / singing (A Star is Born), and is also an icon for the LGBT world – she’s also married to James Brolin, nice.

Once upon a time Cube was Straight Outta Compton with some lads called the N-words with Attitude, now he’s a billion dollar Box Office name with movie titles to his name. He’s been in XxX, alongside playing to his angry black man persona in the Jump Street movies. Cube is quite the charming presence on screen and able to continue getting roles even when his output skews towards terrible. Doughboy in Boyz n the Hood remains his best work, though many people also find his turn in Friday very funny. Cube as a personal is quite charming also just check out his Wired Autocomplete Interview for proof, but he is a proper movie star and long may it continue.

Tom Waits has a voice like no one else, his music is insane and he looks like a man three days away from a coke binge party that’ll kill him. He’s worked with some greats, and always brings an offbeat energy to what he does. Tony Scott and Coppola both know how the use him in a way that plays to the strength of his weirdness though Terry Gilliam casting his as the Devil in Parnassus is something truly to behold, he plays the role with a bizarre charm that only someone of his cult level can achieve. He’ll probably never turn up in a Marvel Movie though that’d be amazing, but he’ll continue to show up in weird indie movies with a voice like gravel.

Perhaps these days known better for his acting credits than his music, LL Cool J is not only proof that rappers can make decent actors but that African Americans don’t age since he looks pretty the same now as he did in Toys when he played the military son of Michael Gambon (its a weird movie, don’t ask). His films have varied and his continuing role in NCIS: Los Angeles means that even your grandparents have seen something with LL Cool J in it. Although his best work remains rapping “Deepest, Bluest, My hat is like a Shark’s fin.” He was wearing a flat cap.

Awkwafina has had quite the two years, going from underground rapper to being THE most in demand actress, Awkwafina stole every scene she was given in both Ocean’s 8 and Crazy Rich Asians and gained rave reviews for understated comic drama The Farewell which looks to be shaping for a tasty awards season chunk o’ pie. She’s also making a big for franchise worlds in both Jumanji and asian-centric Marvel flick Shang-Chi and the Legend of the Ten Rings. She might make a better actress than rapper gaining more of a platform as a result.

Beyonce is pretty much a queen, royalty of the highest order, be it with her girls in Destiny’s Child or on her own, she has forged a music empire that is hard to be rivalled. Her work in film has varied drastically, but every time she does bring a level of warmth to the screen, hard to believe she’s been making movies for nearly twenty years, and thanks to a fantastic turn in Dreamgirls has cemented herself as someone who is both dependable on and off screen, also, it’s probably illegal to say anything bad about her and No Majesty wants their family to be safe…

The Invisible Man review – a clever, thoughtful horror driven by a great performance

Harley Quinn: Birds of Prey review – could be the mark of a fun new era for DC movies