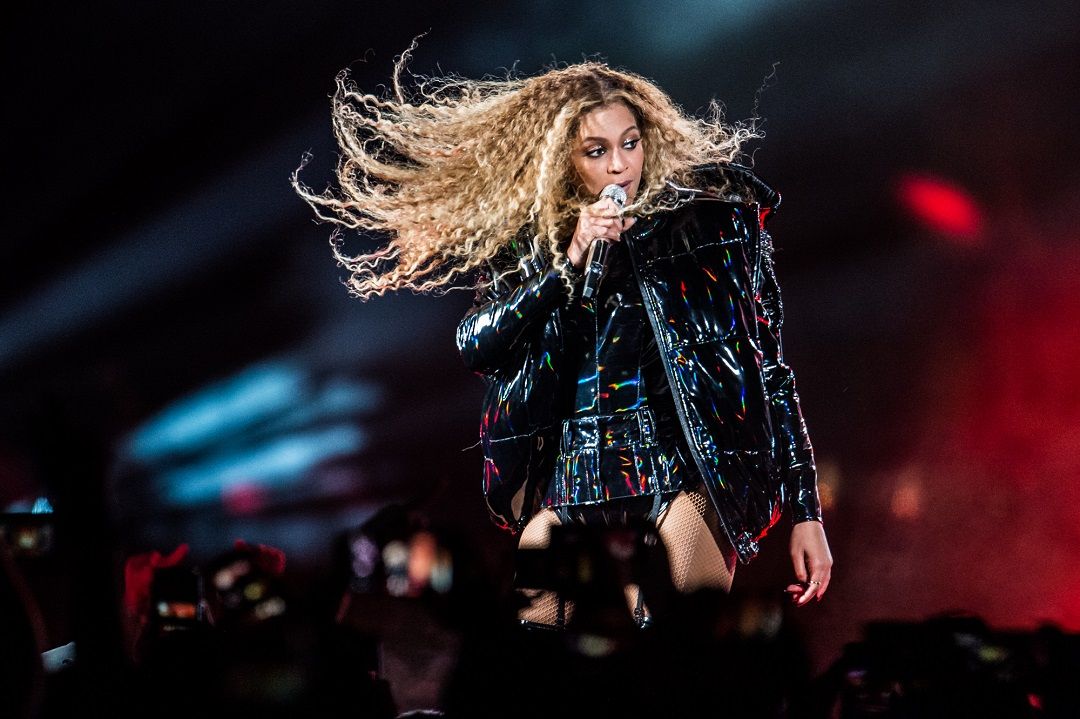 For the past 22 years, our ears have been blessed with the various eras of Beyoncé Knowles, from Destiny’s Child Survivor to the Internet-shattering masterpiece that was the Lemonade short film and album release. Fans butt heads over which album is truly the best, and in all honesty, each is so unique and temporal that it changes for each person. There’s no denying the artist’s vocal prowess, and her dive into visual art as well as production and important issues.

Ultimately, her albums are relevant each for their own reasons in their own specific moods and eras – however, there are some that truly do stand out as the quintessential Beyoncé records, whereas others operate as simply steppingstones in the artist’s eternal evolutionary cycles.

Here are her six solo albums ranked bottom to top.

Definitely one of Beyoncé’s more prolific albums, this two-disc set emulates a split personality. On the I Am… side, Beyoncé accesses her unfettered voice in ballads like “If I Were a Boy” and “Halo,” two of her most iconic songs. On the Sasha Fierce side, Beyoncé transforms into her bold, playful, sexy alter ego, dropping songs like “Video Phone” and “Sweet Dreams,” both of which also achieved commercial success. This album features some of Beyoncé’s best and most memorable ballads, from “Scared of Lonely” to “Unforgettable.” It also brought about one of the most performed songs of all time, “Single Ladies,” which was the focus of many parodies during the year of 2008.

This album, though lengthy and gorgeously performed, feels more over-produced than Bey’s later projects. This is likely the cash grab moment of her record label after her commercial success on her first two albums; this album feels detached from what makes Beyoncé’s music great: her raw emotional awareness and accessibility. At this moment in Beyoncé’s career, she was beginning to focus heavily on her visuals, introducing iconic cultural references like MJ’s silver glove in the “Single Ladies” video and sampling across genres. However questionable this album’s shelf life and replay value 11 years later, there is no denying the range Beyoncé boasts across both discs of this varied and thorough record. 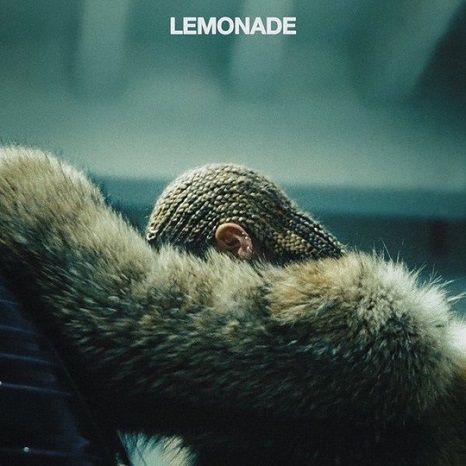 Beyoncé broke the internet when she dropped Lemonade in 2016, an album that provided formerly unparalleled access to the star’s emotional weaknesses and struggles in a way that deepened her infallible nature, bringing her down to a human level to which we could all relate. Lemonade was for all of our broken hearts as much as it was for Beyoncé’s own. Coupled with the drama (though theorized to have been fabricated for publicity) of Jay-Z’s alleged infidelity, Lemonade dropped with anger, power, strength, resilience, vigor, and unfettered honesty. This was a new kind of emotional rawness for Beyoncé, whose ballads sang of love and loss.

Read next:
All Madonna albums ranked, from best to worst

This was different, however. Jay-Z and Beyoncé have been the patriarch and matriarch of the music world for years, and his betrayal was something that we all experienced in our own scales, whenever we had been wronged or cheated or dumped or left. “Who the fuck do you think I is?” Beyoncé barks in “Don’t Hurt Yourself,” one of the more popular tunes on the album. Many of the empowered lyrics found themselves onto shirts, stickers, and Instagram captions, like “Tell him boy bye,” and “I ain’t sorry.” On top of the post-cheating empowerment, Beyoncé makes reference to the Black Lives Matter movement as a continuation of her social justice campaign as a figurehead of her community. In “Formation” she dubs herself “a black Bill Gates in the making,” and we probably couldn’t argue that.

Though this album was one of the more thoroughly enjoyed albums – again, given the ease of social media in doxing Jay-Z’s alleged mistress and the conjoined drama that created – a lot of the power of the music comes from the visuals released in the Tidal-exclusive Emmy award winning film, which shows a braided-up Beyoncé smashing car windows with a baseball bat – without the visual aspect and the story arc, it’s questionable whether the album could stand alone. Songs like “Hold Up” would definitely still be popular, but others like “Daddy Issues,” “Sandcastles,” “Sorry,” and “6 Inch” are more indie and introspective for the predominantly R&B artist. Still, the variety demonstrates power on Bey’s part in her seamless ability to switch between genres and styles with ease. However, the album feels unbalanced and most of its power is in just a few songs; this album could have benefitted from a Kanye West ye-like shortness. 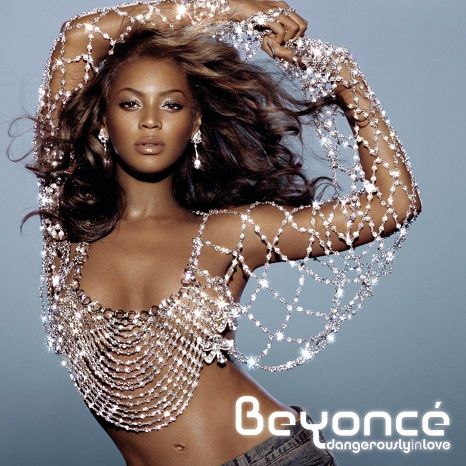 Beyoncé’s first album as a solo artist smashed its way towards the top of the charts, and rightly so. It was recorded and released during one hiatus of the girl group Destiny’s Child before it inevitably disbanded in 2005. The album topped the Billboard 200 chart, making Beyoncé the first female artist with both singles and albums at the top of the charts in both the United States and the United Kingdom. Its influence is still obvious – “Crazy in Love” is a fanfare-filled exclamation that remains popular to this day, whether used in commercials, dance tutorials, retail store playlists, or your best friend on the aux cord. It’s difficult to not sing along (or try to) as Bey climbs and descends the vocal ladder.

Dangerously in Love is a dynamic, hungry record that pulls out all the stops and eventually introduced now-trademark dramatic performances by the queen herself in which she hung upside down from a ceiling singing “Baby Boy” at the VMAs. So began the theatrical, bold, vibrant and emotional repertoire that would become Beyoncé’s trademark to this day. It was important at this time that Beyoncé distinguish herself from the other members of Destiny’s Child and hold her own without the group dynamic to lean on. Her star potential and stage presence shined through in Dangerously in Love, and it remains a strong record to this day. However, it is bolstered by the singles rather than as an interconnected album, which ranks it lower on this list simply in comparison to the artist’s later projects. And the awards don’t lie either – Dangerously in Love scooped up five Grammys.

Read next:
All Lana Del Rey albums ranked, from best to worst

This was one of Beyoncé’s most fun, party-oriented albums, featuring dance tunes, Creole beats, and hyped-up bops, including Bey’s 16 rapped bars on “Kitty Kat.” The songs featured on B’Day are still loved today – at Coachella, many of the old favorites came around again with new life onstage. This sound is classic Beyoncé, with funky instrumentals, brassy riffs, and such strength in her voice. This is an album that the artist herself is obviously very proud of and one that she continues to stand by and reference stylistically. It stays true to her R&B roots and soulful sound in a way that distinguishes everything Beyoncé embodies. Even the lovesick ballads and assertive feminist reconciliation tracks convey a similar story arc to the later Lemonade.

For those who have never listened to Beyoncé or have only heard the hits, this would be the best album to recommend, as it is the true apotheosis of everything we love about Beyoncé. The unapologetic charisma and sky-reaching uptempo beats make this album one that never gets old. Furthermore, the cultural significance of this album relates heavily to Beyoncé’s role in Dreamgirls, a remake of the classic film that came out the same year as her album. Across four recording studios (a recommendation by Jay-Z, though they were not together yet) Beyoncé completed this masterpiece in only three weeks. 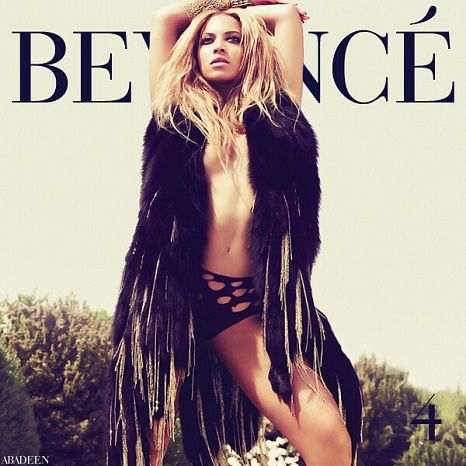 This album represents a number of important moments for Beyoncé. The artist turned 30 when the album was released and also announced her pregnancy onstage with Blue Ivy, who is now seven years old. It also marks the first time that Bey had full creative control over her album, and the difference between I Am … Sasha Fierce and 4 is palpably obvious. This album is beyond creative in its own way, one that is inherently and independently Beyoncé.

This record included a smash-hit single, “Run the World,” a feminist anthem still used for empowerment commercials and slogans. “Best Thing I Never Had” tapped into the syrupy croon in a sequel-like fashion to the 2006 “Irreplaceable.” However, not one of the 12 songs on 4 hit No. 1, something the Hive had never seen before. The artist’s divergence from her typical pop-oriented singles may not have pleased radio stations, but fans refer to 4 as one of Beyoncé’s most important and evolutionary records. Beyoncé’s own artistic influence and creative capacity in a leadership role elevated the artist to a new level of production, business, and efficacy as more than just a vocalist. 4 epitomizes what we love about Beyoncé besides just the way she sings. This record might be the most cohesive and well-constructed as well as the most influential for fans and the artist alike. Her voice is unparalleled on this album.

Read next:
All Kanye West albums ranked, from best to worst 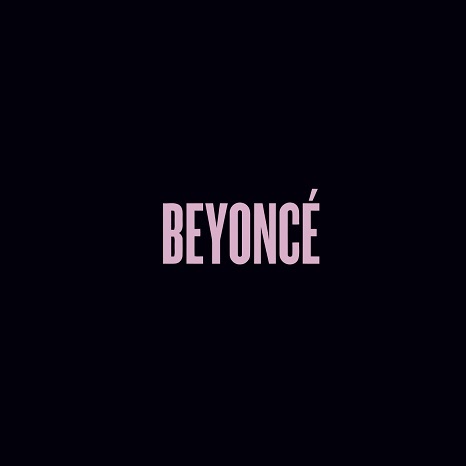 This album was also the only one that wasn’t released during the summertime, but it was released as a surprise, which Beyoncé loves to do. This album is noir and dominating, a huge difference from her sweet and sexy vocals in her other albums. This record allowed fans into a new phase of Beyoncé’s power, one that is aware of her success and influence and uses it to her advantage. Jay-Z come through with “Drunk in Love,” a song that would merit an unforgettable, risqué, jaw-dropping Grammys, a performance medleyed with “Partition” at a now-famous show in London. “Flawless,” featuring the popular line “I woke up like this,” brings everything we love about Beyoncé’s fearless attitude and performance style. On a different note, “Mine” was the first time Beyoncé cracked her own perfect façade, revealing her battle with post-partum depression and marital issues. “Heaven” details her miscarriage and “Blue” celebrates the birth of her daughter.

If the minimalist cover bearing the singer’s name in all caps is any indication, this obvious, to-the-point, explicit and liberating album is an autobiography as well as a crafted musical persona. Most artists’ debut albums bear their names as titles, but this one introduces a new Beyoncé to the stage, one who is menacingly powerful and getting exactly what she wants. This fierce aesthetic stays with Beyoncé to this day, cultivated by later albums like Lemonade. But she stays true to herself throughout, the high points and the low points, without compromise. While she raises herself to a god-like status, she also references very real and very difficult issues in life, which even for the queen of music is never perfect nor without fault. It shows an obvious maturity and growth for the singer and ultimately presents one of her best projects to date. Bearing her namesake, this immortalizes Queen Bey at her highest point, reigning over her domain and allowing us into her little kingdom. 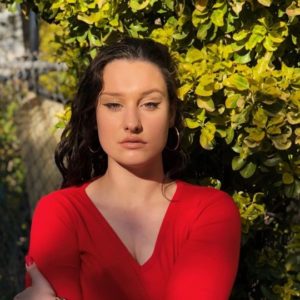 All Kanye West albums ranked, from best to worst

All Madonna albums ranked, from best to worst