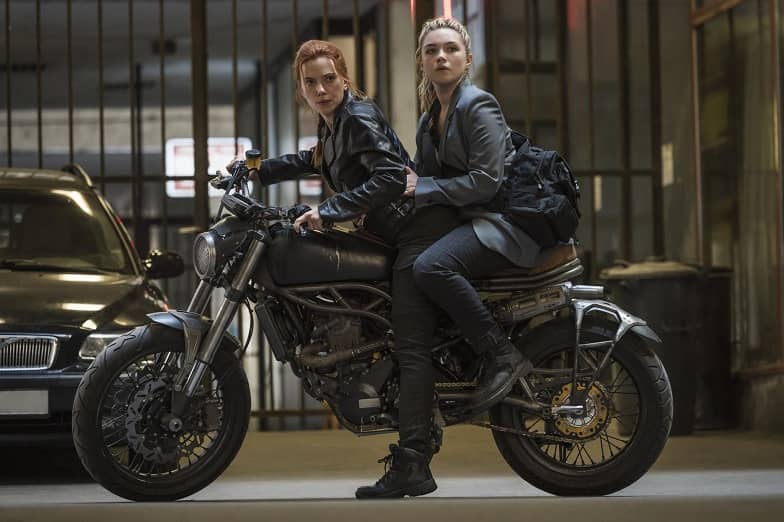 It’s no surprise that the latest big-budget blockbuster from Marvel Studios is an ode to another genre. Like Ant-Man and the heist genre, or Captain America: The Winter Soldier and conspiracy thrillers, Black Widow plays out like a riff on the Bourne franchise. If The Winter Soldier was basically 3 Days of Captain America, then this could easily be The Romanoff Identity.

Set between the mega clashes of Captain America: Civil War and Avengers: Infinity War, Black Widow follows Natasha Romanoff (Scarlett Johansson) on the run from the US Government for assaulting T’Challa (Black Panther) and breaking the Sokovia Accords. While on the run, she falls into the trap of the mysterious Red Room and sins of her past, forgotten family and a nemesis she thought dead all return to reckon with her.

It feels like a long time coming, and all the stranger since Black Widow herself died in Endgame, but actually, this film slots in perfectly to the Marvel Cinematic Universe. A recurring theme of Feige’s self-proclaimed Phase 4 of the universe is legacy: the legacy of the original six Avengers, and those who carry on in their name. With this film, we don’t so much get a straight prequel — though it is technically one based on its chronology — but rather a character study on regret and mistakes. 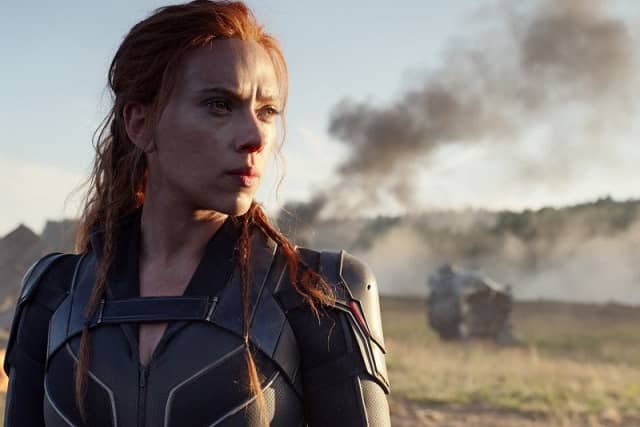 Cate Shortland appears to have been able to bring some personality to film; it’s always a struggle between the big machine of Marvel Studios and the individual identity of the director’s they hire to do the job. Shortland, best known for claustrophobic terror vehicle Berlin Syndrome, brings that same paranoia to the first third of this film. On the run, Romanoff feels like Matt Damon in the first Jason Bourne movie, using her wits and a scarce few contacts — most notably an underused well-played O-T Fagbenle — to get to the bottom of an unfolding threat.

Shortland imbues the first act with the same boots-on-the-ground feel that made Captain America: The Winter Solder such an engrossing movie, and this feels like more of the same. It’s decidedly low on snark in its opening act. By the second, the real spectacle starts to kick in: a bombastic Fast & Furious style street chase that gives way to a prison break. Shortland manages to reign the film back into her grasp for a decidedly slower and more character focussed second act, despite the action set-pieces. The domestic drama at the heart of that second movement hits deeply, and the theme of family runs deep without turning into a Vin Diesel flick.

Once introduced, Florence Pugh sets herself up as a confident new arrival to the MCU as Yelena, Natasha’s “younger sister”. The sub-The Americans style opening shows the cost of living fake lives, and the youngest member of the “family” carries the scars of not fully understanding a lie. Similarly, David Harbour’s over-the-hill former Soviet Captain America-rip-off Red Guardian is played for laughs and tragedy in equal measure – like Thor in Endgame the occasional fat joke actually gives way to how a person over time crumbles. Harbour gives it a hood amount of Chief Hopper but there’s an element of tragic desire to be a hero in him.

As we ramp up to the third act things appear to fall from Shortland’s grasp and the use of OTT Russian accents becomes all the more obvious – Rachel Weisz is questionable in her role with the not quite Russian accent, and doesn’t get to explore her characters inner life, while Ray Winstone just about manages to deliver his lines considering his mouth is filled with the scenery he’s chewing.

What works best is the themes, and how brutal the violence is. For a 12A film the sight of Ray Winstone laying into Johansson is tough to watch. Even as the inevitable destruction starts playing out, Shortland manages to keep focus on character, she’s clever enough to make sure we know where the key characters are and what they’re doing so that we don’t lose focus on them. Though a more subdued finale might have been preferable – think Civil War’s brutal three-way smackdown intercut with Black Panther’s realisation that revenge is fruitless.

At times you can feel the film trying to tie up loose ends from the previous films and not be too epic so as to contradict the two-part Avengers finale, and while not all the jokes land there’s enough here that does work from the stylish opening credits to the closing epilogue. The emotion of the film works, and it’s choice to put Natasha on the run like Tony in Iron Man 3 or Cap in The Winter Soldier, it works for her character and shows why she is an MVP of the MCU.

As an introduction of a new slew of characters it works, and Pugh sets herself up as a new action force to be reckoned with, while another interaction with Harbour’s Red Guardian would be very welcome.

As a farewell to one of the original Avengers, this salutes Natasha Romanoff and Scarlett Johansson’s committed performance valiantly. 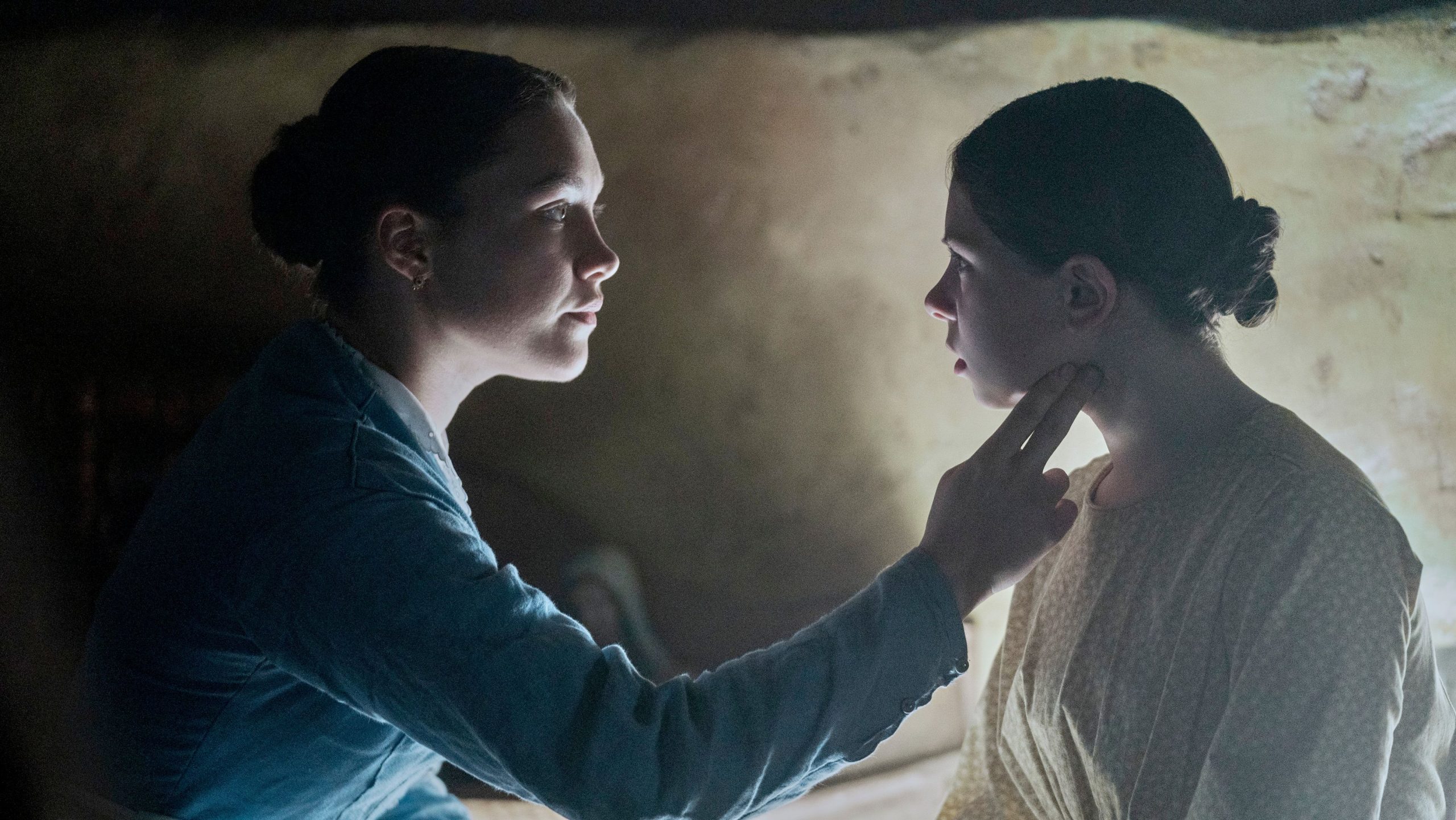 LFF 2022: The Wonder review – how human beings need stories to make sense of their world.