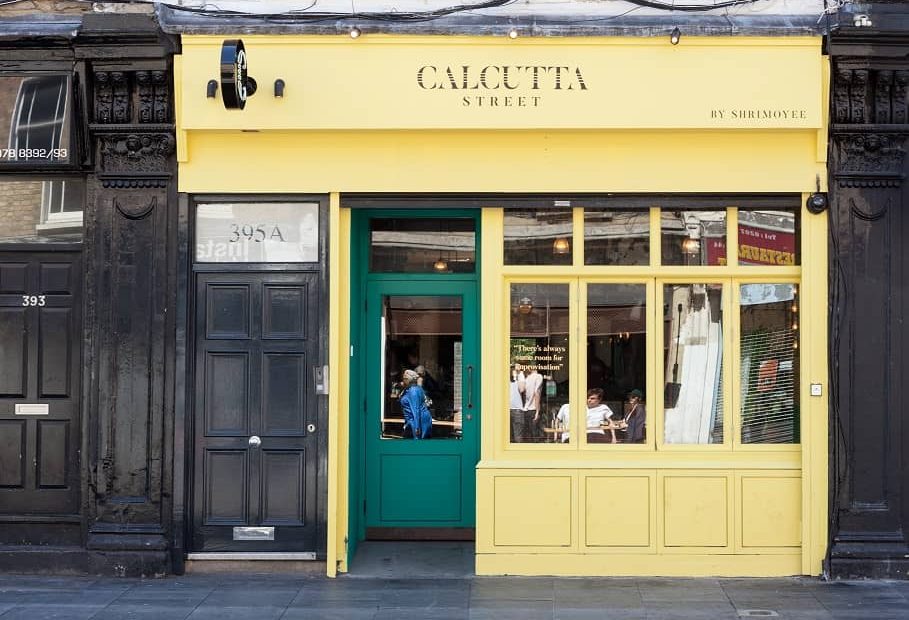 Bengali home dining in Brixton…so why leave my home?

So it turns out I don’t like Indian food. I thought I did, but it turns out I don’t. I grew up in a small town in Devon, and like many small towns it contained only two restaurants from which to choose; naturally, they were a Chinese and an Indian. And so, whenever the luxury of a takeaway meal on the odd Friday night arrived (neither restaurant delivered, it was collection only – can you imagine the hardship?) I was already in a place of delirious excitement. Walking back to the house with many plastic bags full of piping hot metal containers, having earlier picked out a suitably violent VHS from the local rental store, was often the highlight of the week.

Or at least, so it seemed at the time. When I moved to London, and discovered that there were more than three cuisines, and that eating out was more normal than eating in, my enthusiasm started to wane. I found myself being continually underwhelmed by Indian restaurants – it was all so…samey. Incredibly rich sauces, with incredibly rich breads, unessecarry rice, overly greasy starters, orientalism infused decor, bad wine, cheap beer. I would leave feeling unpleasantly full, like I had just eaten a pack of butter and a bag of turmeric for dinner. Turgid is the word; I would leave feeling turgid.

My girlfriend is a percentage Indian (I think fifty?) and she has always insisted that it wasn’t that I disliked Indian food, but that I disliked the type of faux-Indian food that was being served up in London restaurants. Well, this year we found ourselves in Mumbai (not as in “Found Ourselves” in Mumbai, like rich girls “Find Themselves” in Mumbai – that would be a truly terrible sentence. Rather, we went to Mumbai). She was flipping elated, she could not wait to show me “Real Indian food.”
I disliked it intensely. It was still overly rich, overly greasy, and uniformly similar, but now it was also inescapable, and everything came with daal – stay tuned for my less-than-flattering thoughts on daal later. Where is the refinement, where is the finesse?

So it turns out I don’t like Indian food. What I liked, growing up, was eating takeaway food and watching Tango & Cash. So now, like a good scientist, I am constantly trying to prove myself wrong. Searching for an Indian restaurant that will blow me away – or at least blow me off course.

Calcutta Street seemed to be promising the type of experience I was looking for. This is the second branch, the first having opened in Fitzrovia last year, and the menu reads well. It makes you think that somebody is going to take the undeniably tasty flavours of India and create with them something shiny and new – something modern. And I do not mean modern with all the negative connotations now associated with that word, as in something vacuous, facile, and new for the sake of new, but modern as in relating to the present.

At seven o’clock on a Saturday night the place was close to empty. Only four other diners were there, and two were preparing to leave. The Girl put this down to it being Saturday as “nobody wants a curry before a night out”. She may well be right, and this sort of taps into my whole problem with the cuisine: I don’t want to have to take the night off after my dinner. Don’t get me wrong, I love to gorge on good food; but I want that to be my choice, my over-ordering, my inability to boil pasta for less than six people; not a prerequisite of the cuisine.

But as I said, the menu looked light and appetising. So we pressed on.

The Mach Bhaja really got my hopes up. It was fried whitebait. A generous portion arrived, dusted in lots of cumin and chilli, not greasy at all but slightly crisp, and soft inside. It came with a dip that was heavy with mustard and the whole thing was completely addictive.

Unfortunately, those wonderful little whitebait were the highlight. From there, we ordered Kankrar Jhal and Kosha Mangsho: the best Crab Kari ever and Calcuttas answer to a Sunday roast, respectively. We also ordered Aam Daal.

Let’s get this out of the way. Daal is why vegetarian food has a bad name. It is a sub-soup, sloppy, barely nutritious, bland tasting, puddle of a dish. The Aam Dall that we ordered was said to be: “Tangy red lentils with green mango, so healthy and so delicious!” It was not. It was yellow slop with all the properties mentioned above. If I was served this in prison I would politely hand it back and demand gruel.

Kankral Jhal and the Kosha Mangsho arrived. They were crab curry and lamb curry. The crab came whole. For some reason people think that eating crab and lobster whole, cracking claws and scooping out miniscule amounts of shell flecked meat, is fun. It is not. It is the type of fun that posh eccentrics have when they’ve lost their minds to syphilis. “Oh Geoffrey isn’t this simply barbaric!” Serve my food to me edible, not as a challenge. The sauce around the crab was nice but overly hot – certainly too hot for the crab; and so when an amount of crab worth using a fork for was finally extracted its flavours were completely lost. It annoys me when an animal is killed, packed, shipped, prepared, and then covered in a sauce that renders it pointless. This sauce was always going to dominate whatever went in it, so just use a texture. Aubergines are in season, they would have been fine.

The lamb in the lamb curry was cooked on the bone and meltingly tender, having the texture of pulled meat. Now, I love pulled meat as much as the next millennial, but it needs to be offset by other textures, otherwise it all becomes a bit baby-foodish. The only other texture was the sauce in which the lamb sat, so baby-foodish it did become.

With this we ordered a Porota and a Ruti. I could not tell you which was which; both were identical circles of bread cooked in lots and lots of ghee. They were tasty but far too greasy, and rich, and filling. They will also probably contribute heavily towards the heart attack I’ll eventually have. We also ordered Misthi Polaw (sweet rice) and a selection of house chutneys. But neither arrived, so who knows what they taste like.

They say the curry house is dying. If this is what’s replacing it then it is not really dying at all, it is just rebranding. Fried food to start, overly spiced curries for main, filling bread and (potentially) rice on the side. This is a curry house. Except now it is more expensive.

Before I went there I kept hearing about how Calcutta Street was cheap. £14.50 for a lamb curry. £22 for a crab curry. Starters around £6. This is not cheap. Par for the course in London maybe, but not cheap. The meal came to £50 without drinks. Brixton market is across the road, you can legitimately still feed two for twenty quid there.

The Calcutta Street website proudly displays its slogan on the front page: “Bengali Home Dining in London”. This, I realise when I see it, is my problem with Indian restaurants: when I want home dining, I stay at home.

VERDICT: A decent Indian restaurant, which I will never again visit.
BETTER OPTIONS: Calcutta Street is slap bang in the middle of Brixton, so just stumble twenty metres in any direction and you’ll find something delicious. 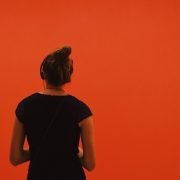 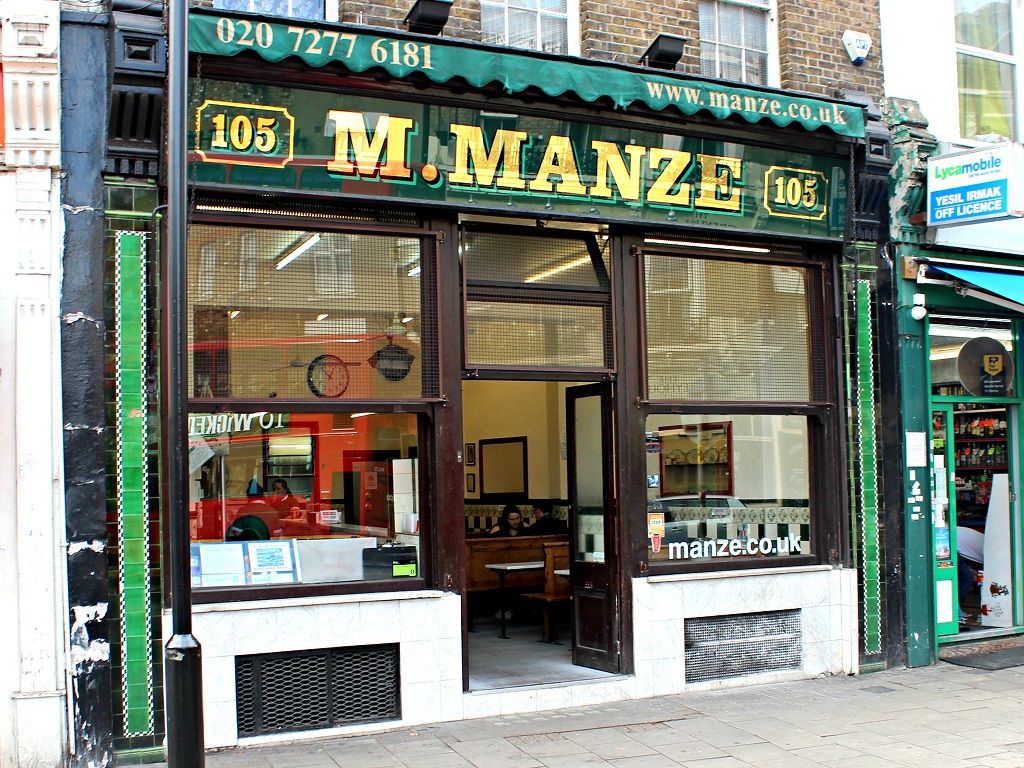 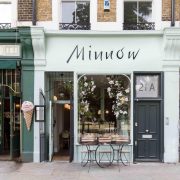 “Minnow is a new restaurant and I admire what they’re trying to do – there were a lot of lovely touches. However, being served two cold mains is less than ideal.”