Candyman review – a thoughtful horror story with a message 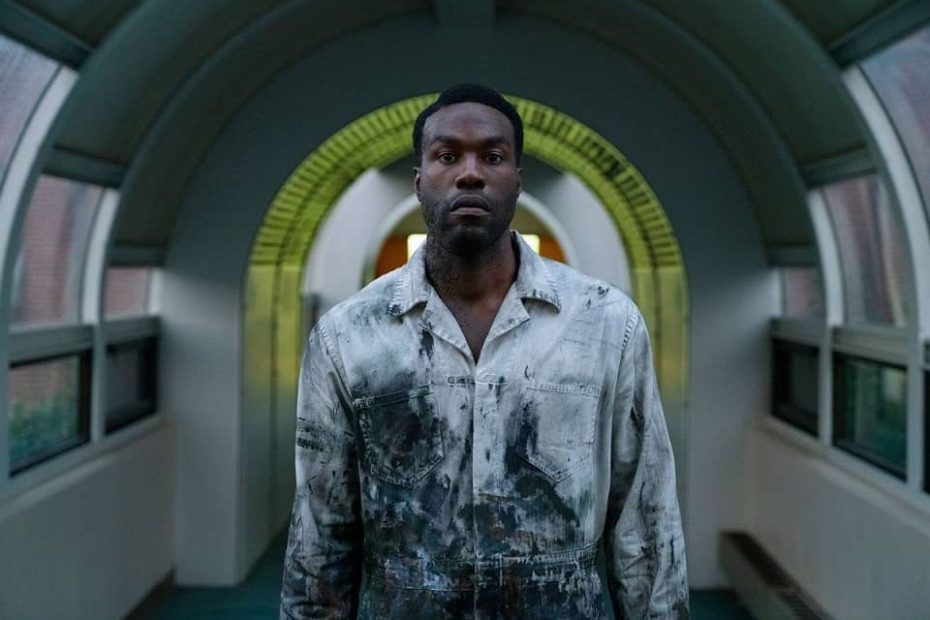 There’s a significant level of anticipation for the new instalment of the Candyman franchise. After the original 1992 Bernard Rose film, and two sequels – Farewell to the Flesh, Day of the Dead – it seemed like all had gone quiet for the series, but news that Jordan Peele’s Monkey Paw Productions would be handling a new version to be helmed by Little Woods director Nia DaCosta had everyone intrigued.

Taking place nearly thirty years after the original, the legend of the titular boogeyman barely lives on. The housing project of Cabrini-Green has been gentrified leaving only a few remnants of the housing that was once there. Into this comes Anthony McCoy, an artist, and his curator girlfriend Brianna. When his art delves into the mythos of the Candyman, things take a turn.

After her fantastic debut — a low-fi neo-noir Western — DaCosta is on strong form as a director. Her visual eye is often right where it needs to be. There’s a confidence in her work that cannot be overstated. While she’s not above a splash of gore or the odd jump scare it’s the build up of atmosphere that marks her film as so eerie. 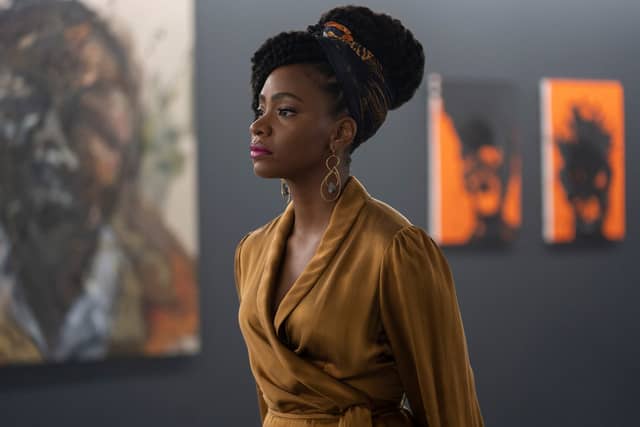 DaCosta co-writes with Peele and Win Rosenfeld, and strikes the right balance of both referring to the original Rose film and forging a new path. Like David Gordon Green’s Halloween this is a film that works for newcomers but is richer for having seen the original. Not least in the way the film deals with the idea of urban legends. Many times the legends – which in lesser hands could become mere exposition dumps – are shown via haunting shadow puppets. The motif calling back to that fantastic teaser trailer DaCosta released a year ago brings a folkloric air to the whole film.

The film delves into the racial make-up of the story, there’s less focus on Daniel Robitaille as the titular apparition and more an explanation on how Black trauma becomes it’s own legend. The haunting puppets remind us Emmett Till, and a few fictional explorations. It’s clear this is a burning pain in DaCosta’s heart and it’s hard not to see why. After the events of last year which were by no means a new occurrence, the film feels like a plea not to wallow in the suffering of Black people.

It’s clever that while there are great slasher kills in the film, DaCosta often frames them away from the foreground. We see them through windows, the after effects under toilet cubicles, in reflections – the violence is there and when it hits, it’s nasty, but it’s also not leary, after the flood of torture films, this is one that knows the less you see, the more you imagine.

There are some pacing issues, for one the film’s climax feels disjointed and like it’s missing an additional twenty minutes – and at a brisk ninety minutes it could have done with a little more exploration. The finale is also a little heavy handed, it goes from subtle exploration to full on message boosting, which isn’t as big an issue as it could have been had this been a smaller film but this is a franchise horror film.

The film is very loyal to the original – including some reprisal roles, but at the same time it doesn’t have quite the off-balance feel of the original, and the minimal use of Philip Glass’ original themes doesn’t help either. The film works better when it deals in the psychology of McCoy and not in the slasher trappings.

There is a streak of dark humour going through the film as well, and with Peele’s involvement in writing it’s unsurprising. A knowing joke moment sees Teyonah Parris’ Brianna open a door to a creepy basement and reply with a swift “nope”. While other kills have moments of comedy in them.

It’s to the credit of the actors that much of the emotion comes through. For the first half of the film Anthony is quite hard to like, he’s a bit arrogant, he’s in-you-face but thanks to the impossible likeabiity of Yahya Abdul-Mateen II, you feel for him as DaCosta shifts away from dark fairytale / slasher into body horror as his arm begins to corrode. Parris, last seen in Marvel’s WandaVision is also superb, bringing the right amount of caring but also no tolerance to a role that in other hands could have just been a girlfriend role.

While the decidedly absence of Tony Todd’s Candyman can be felt quite hard at times, it’s made up for with a message about how a legend transcends truth, that if you tell the story enough it doesn’t matter what the facts are.

The film might be a little too preachy in some places for people’s taste and the lack of non-stop jumps might bother others, but for those that enjoy a thoughtful horror story, with a message, and with brilliant performances DaCosta’s Candyman is a worthy successor. It leaves the room for a sequel, but if this is all we get it makes a wonderful book end with the first.

All that and we only said Candyman four times…