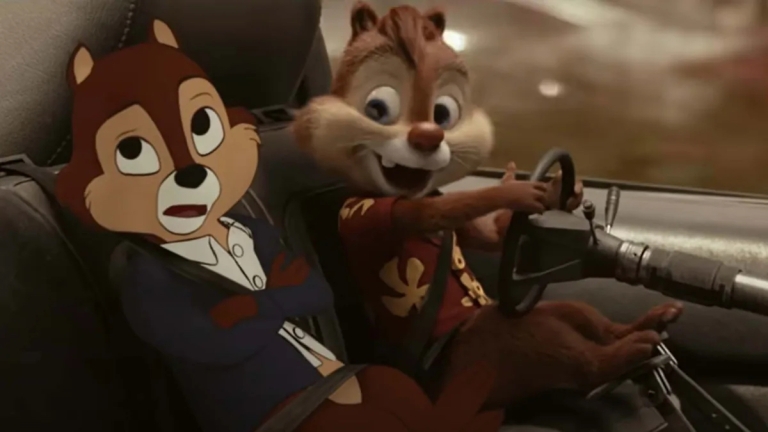 Nostalgia appears to be the hot button idea of the moment. Studios are trading on the 80s to mid-00s nostalgia of cinema-goers to guarantee money at the box office. Every other franchise or film with some cult following is getting the legacy treatment or reboot, with the ongoing multiverse madness of franchises meaning countless actors from previous entries can come back for a cheer inducing cameo. Into this comes what could easily have been a cheap Disney+ cash grab.

Chip ’n Dale: Rescue Rangers picks up years after the popular Disney cartoon ended, finding our heroes living in a world populated by various forms of animation and humans in harmony. Chip is now an insurance broker, while Dale has had CGI surgery and is trying to reclaim his past glory. When their friend Monty goes missing, they must uncover a conspiracy to turn fading cartoons into bootleg versions.

The merging of animation styles, cell animation, stop motion, puppets and CGI all come together perfectly with the humans. It’s easy to make reference to Who Framed Roger Rabbit? or to Looney Tunes: Back in Action but the touchstone here is The Muppets, the 2011 relaunch that saw the Jim Henson classics brought into the modern era with a little Jason Segal magic. There’s no musical number here, which seems strange given the film’s music pedigree, but like that film, this one has a total love of the brand and of whacky humour.

John Mulaney and Andy Samberg make for the right choices to voice the away from the screen personas of the two chipmunks, playing the odd couple buddy-cop thing for all it’s worth. What works is the clear tension of loving someone and being totally exasperated by their actions. As the film gets into its weirder moments, cameos from cartoon characters aplenty appear but like Roger Rabbit (who himself cameos) it’s very much a celebration of animation, not just a Disney-handjob but a big love letter to all animation. 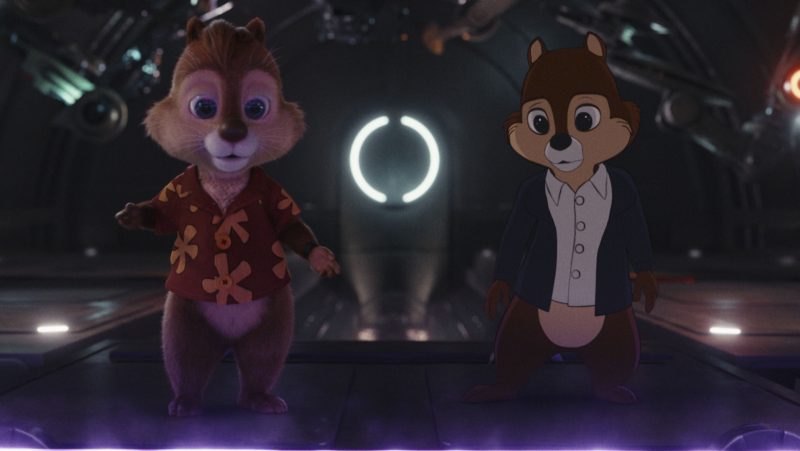 The film tries not to get too tied to only caring about those who grew up on the three seasoned TV show, but it’s also sure to make sure there’s stuff in there for those who liked it. It’s a film that is immensely likeable and at times outrageously funny. Schaffer directs with confidence considering he’s melding worlds that seasoned directors have struggled with in the past. He keeps his footing firmly in the world of fun, cartoon characters exist and they are people just like us.

There’s a feeling that the plotting, a run-of-the-mill conspiracy in the mould of Roger Rabbit isn’t all that compelling, and much like most episodes of the original series the plotting is of no real importance. What matters is that the characters are entertaining, and the jokes come thick and fast. A chase through an animation comic-con convention allows for some meta-humour thanks to one voice actor, some puns about uncanny valley and a sense of fun adventure.

As far as Disney+ originals go, this might be the best thing they’ve ever put there, and it’s a shame that such a fun film can’t be enjoyed on the weekend at the cinema with your family, but for those tuning in it has enough nostalgia and irreverent humour for the entire family to enjoy. 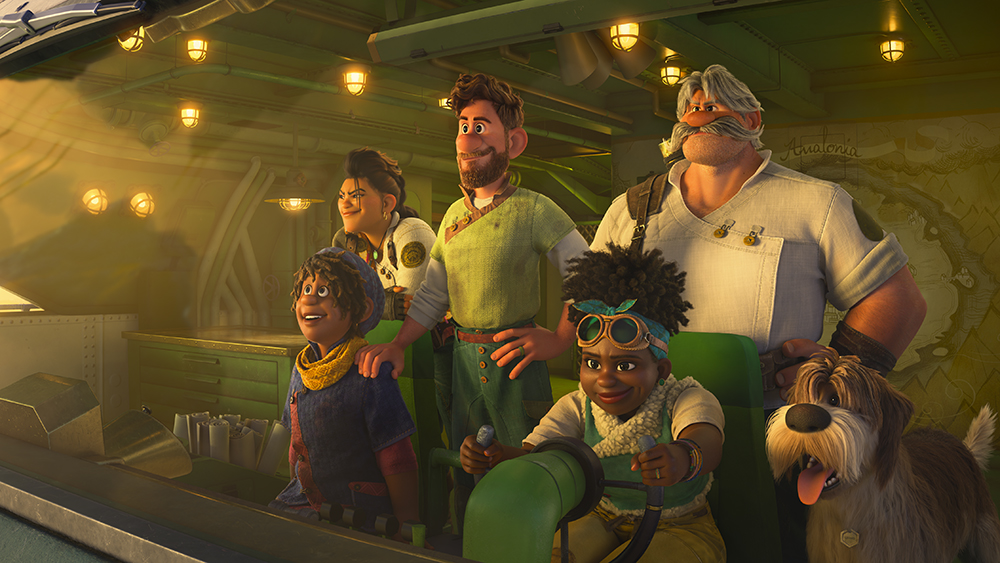