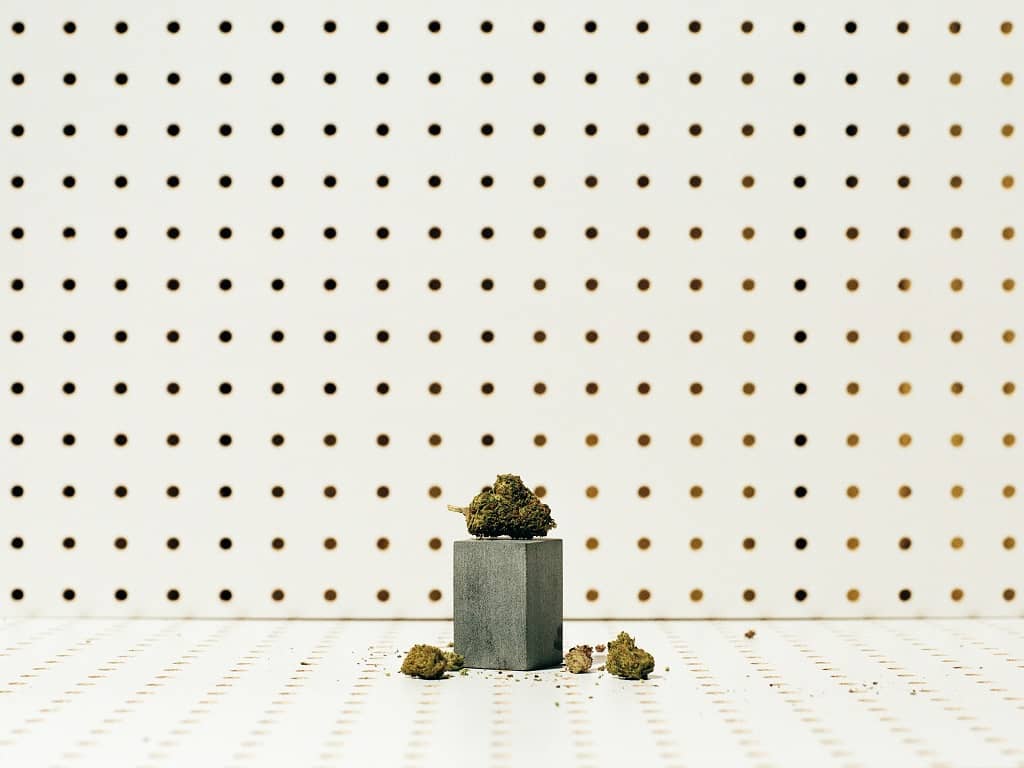 It’s the 23rd of March 2020. Coronavirus has rapidly been raging through countries and reached the borders of the United Kingdom. It’s found its host in our homes and we are bound to stay within our walls, indefinitely.

But as Boris Johnson enforced lockdown upon us, we’re informed that permission to leave our homes was restricted to essentials such as food and medicine – but does that necessity encapsulate illicit drugs?

The United Kingdom has previously been awarded titles such as “Europe’s second most lucrative drug market,” with Britons’ “excessive drug habits,” making the country the “drugs market of Europe.” These titles were not given but earned.

With an illicit drug market estimated to be worth £9.4 billion a year, this lucrative market has become an attractive business, aggregating nearly 5,000 gangs dealing with drugs in London, the notorious “cocaine capital.” Furthermore, this profitable market is encouraged and enjoyed by 3.2 million users, as recorded in 2018/19.

Consequently, “London has become the global capital of money-laundering and the beating heart of European organised crime.” The United Kingdom is now by reputation one of the most hospitable homes for drugs in the world. 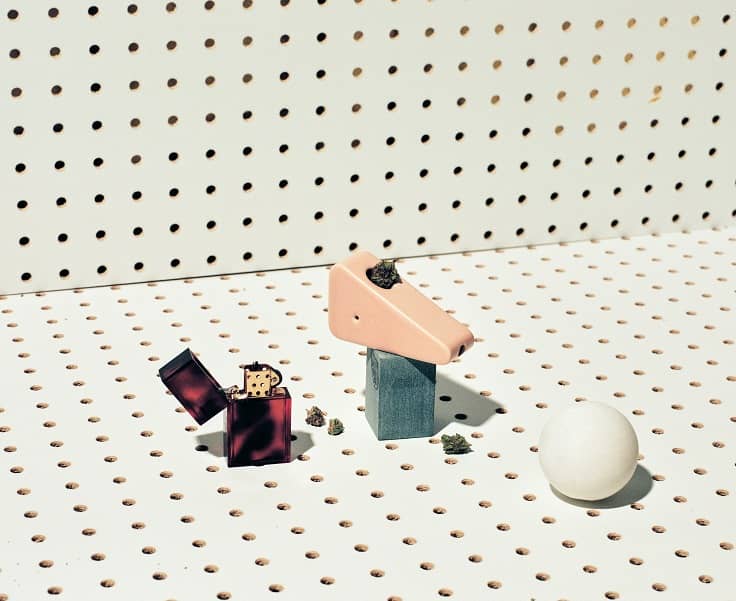 On the 23rd of March, underground dealers and their clandestine consumers were told to stay indoors. While one would expect that such radical actions in the official economy would impact the unofficial market, the organised market for illicit drugs adapted and endured to its best abilities.

The production of cocaine and heroin are confined to specific locations – Afghanistan, Mexico, Myanmar, Colombia, Bolivia and Peru. Heroin is seasonally produced as it depends on the ripeness of poppy flowers, which are ready to be harvested in Afghanistan from March to June – the time of lockdown. Contrarily, cocaine depends on the perennial plant, the coca bush, which allows production continuously throughout the year. But a shortage in the supply of petrol in Colombia impeded its production.

Their modus operandi depends on air and maritime transportation, and with the global lockdown, particularly the radical restrictions on aviation, a disruption in drug supply to the United Kingdom followed. This created a shortage of certain drugs on the streets as global trading declined, mobility restrictions were enforced internationally as well as locally, and the presence of law enforcement increased.

Synthetic drugs and cannabis can be grown nearly anywhere, as long as you have the necessary precursors and a conducive environment. But as global trading decreased, the availability of precursors became an impediment to production of these drugs. 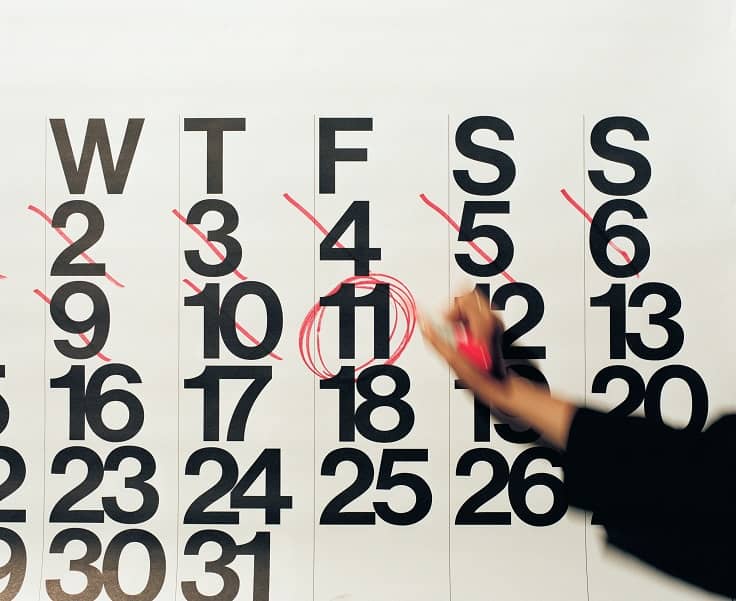 Early on, supply shortages and the cease of dealing due to an increasing police presence in the United Kingdom incentivised an increase in retail cost – cocaine increased from £36,000 to £40,000 per kilo, while one cannabis dealer declared a rise in retail price from £160 to £240 per ounce.

With lockdown, the police became a dominant presence around the country, enforcing COVID-19 restrictions by implementing more frequent searches of people on the streets and roads, as everyone was meant to stay home. Consequently, the so-called county lines, the trafficking of drugs from its hub, London, to the countryside, and dealing on the streets, was under strict scrutiny.

But an illicit market, away from the eye of the government, allows its allies to adapt swiftly to interferences with business.

County lines and dealers endured by turning to social media, drive-by sales and letterbox drop offs. They even encouraged stockpiling for users as dealing would slowly cease with lockdown. To challenge increasing police presence, some would dress as joggers, key workers and even Deliveroo drivers to continue the distribution of drugs, as disclosed by the Guardian.

Confining individuals enduring numerous stressful environments to their homes, and forcing them to experience feelings of anxiety, and restlessness in complete global uncertainty alone provides an effective concoction for increased drug use.. As the professors, Ian Hamilton and Alex Stevens, explained: “anxiety, boredom, escapism and loneliness. All of these are candidates for self-medicating with more drugs.”

In an independent report by Dame Carol Black published February 2020, she revealed the nature of users residing in the United Kingdom. She conveyed that often they suffer deprivations such as mental health, unemployment, family estrangement, homelessness and offending histories.

COVID-19 implemented every single one of these components. Unemployment rates were raging with nearly 750.000 jobs shed since lockdown up until the Financial Times report released in August. Mental health issues increased as individuals were harmed by the uncertainty of confinement thus sparking feelings of fear, anxiety and stress. Sudden lockdowns meant forced separations and often feelings of estrangement from friends and family. Homelessness hailed to new heights as people lost sources of income, and homeless facilities as well as various services closed.

Consequently, the demand chain for drugs endured and even elevated to new heights.

For the cannabis consumer, the cost of weed increased. However, its loyal adherers found ways of adapting to a changed market. While some were meditating, some were making sourdough, and some were binging on the couch – alcohol or Netflix, whatever your favourite addiction is – others learned to grow cannabis at home. A means of escapism as some felt the stress of losing their jobs and being away from home.

According to the Global Drug Survey on drug patterns during lockdown, released in June, 22.7% of the United Kingdom’s users of cannabis reported a large increase in usage. Globally, individuals claimed a myriad of incentives for increasing usage: boredom, excess time, loneliness, anxiety, depression, having done stockpiling, or they merely considered cannabis a significant other, a companion, while suffering COVID-19’s ramifications.

For the party person popping a pill or two, as they were confined to solitude rather than social settings, the demand for synthetic drugs decreased. As the production of synthetic drugs suffered from the global lockdown, and as prices soared in various countries, the closure of social gatherings meant less incentive to use drugs such as MDMA and amphetamine, according to a report by Europol and EMCDDA.

As the cocaine capital of Europe, the United Kingdom has a history of continuous usage of coke. With nearly a million users (976,000 consumers to be exact), not counting the 181,000 users of crack cocaine, the United Kingdom has the highest percentage of users in Europe. Cocaine consumption has actually accelerated 25% since 2013, alongside a 250% increase of individuals using crack cocaine.

But as prices increased due to larger quantities of cocaine being seized at borders and as global trade was in a persistent decline, the usage of this drug decreased during lockdown – 37.1% of respondents of the Global Drug Survey said their consumption decreased a lot during lockdown. They believe it to be due to lack of availability and changes to one’s daily routine.

However, the decrease was short-lived as restrictions were lifted, and underground raves were introduced as the new social gatherings to attend, where drugs became a resurrected part of the crowd.

Alongside lockdown arose a shortage of heroin and the designer drug, spice. That led to experts fearing a spike in usage of a drug such as Fentanyl – a substance 50 to 100 times stronger than heroin. As Ian Hamilton said: “if people can’t secure their drug of choice, they look for alternatives.” For that reason, experts expected drug users to seek fentanyl or diazepam as substitutes.

For instance, returning to the Global Drug Survey, 13.2% of the United Kingdom respondents reported a large increase in the usage of benzodiazepines, and 15.8% experienced a moderate increase. This particular drug has a history of being deeply addictive, and some even claim the substance to be more addictive than heroin.

While a myriad of individuals turned to the comfort of drugs due to the invasive implications of COVID-19 lockdown, others had been adherents of illicit substances way before the pandemic. These dependable consumers battling addictions were hard hit by lockdown, as access to drugs was interfered, and the access to treatment in combating addiction ceased.

Lockdown confined the social, the usual and the addicted drug user to the walls of their home, whereby the normal comfort of drugs was immediately interfered. But dealers and consumers proved their ability to adapt to a changing global market, an altered local social scenery, and a new way of life, even though these were unprecedented times.

Some embraced the emergence of a forced change of lifestyle and thus the mitigation of drug abuse. Others felt the gravity of complete uncertainty in nearly every aspect of their lives, which nourished a necessity for escapism, a perfect distraction, which is nearly a guaranteed offer of illicit substances. The question remains: has lockdown led to a new way of life, or merely worsened drug addictions?

Dane based in London. Full time student at SOAS, part time worker, every day dreamer and hustler. Aspiring journalist. In her element with hip-hop/rap, coffee, and a notebook. 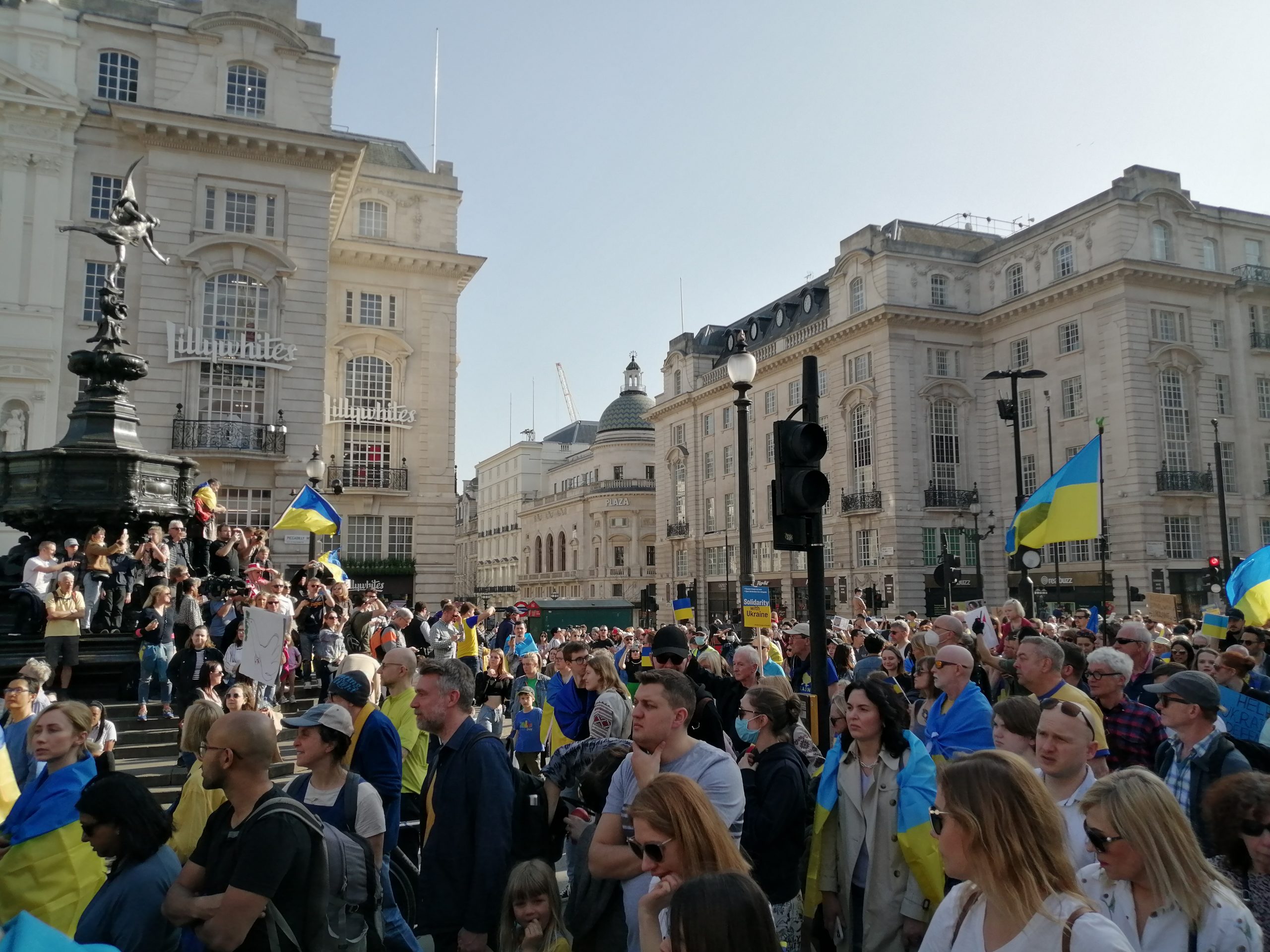 London sees thousands take to the streets to protest Putin’s invasion of Ukraine. 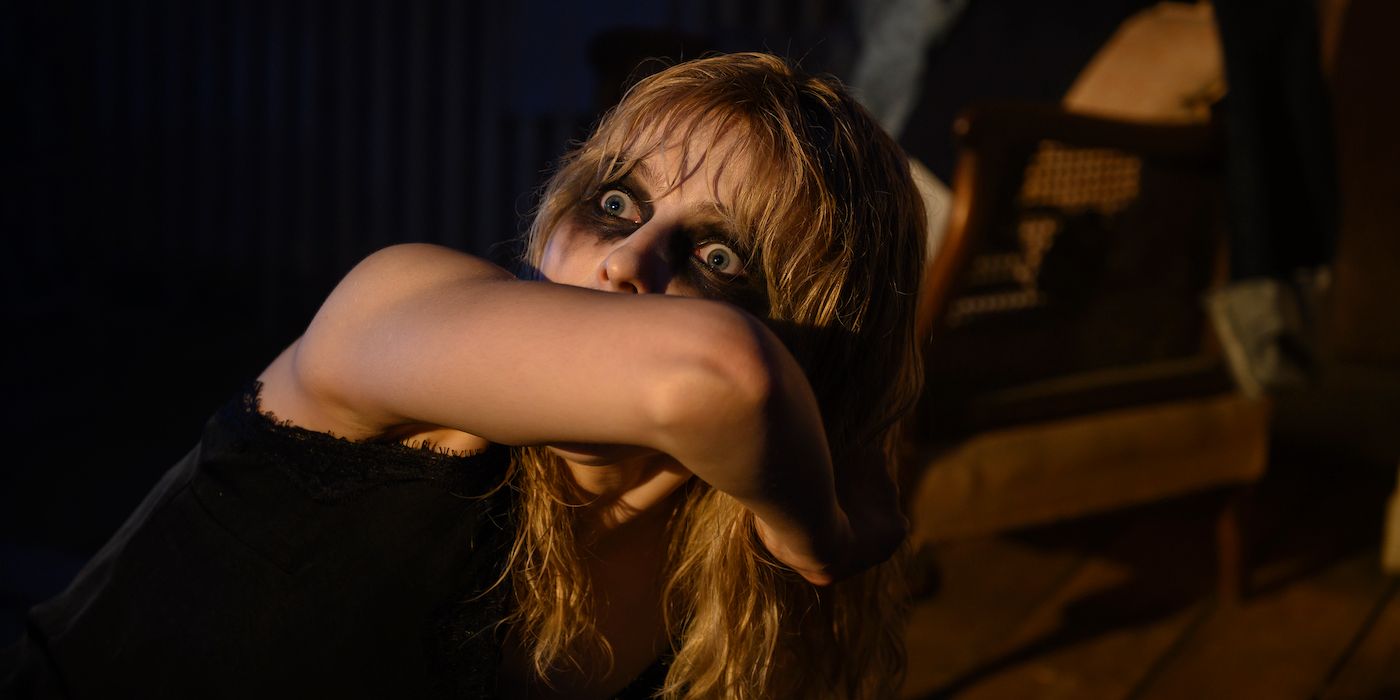 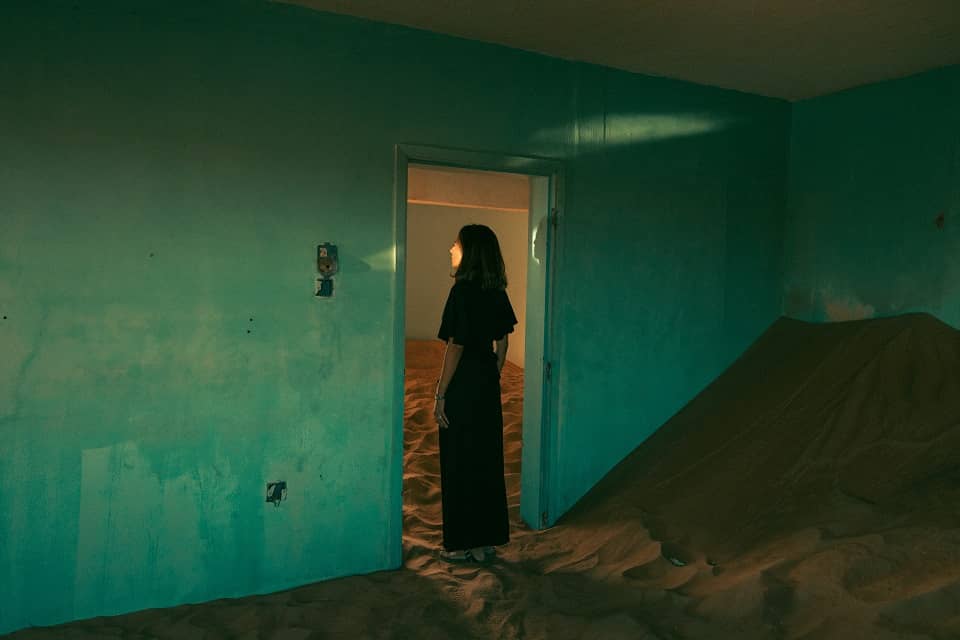 “I assumed she’d shrug and bear it – like most minorities end up doing. After her goodbye, I wasn’t so sure. “