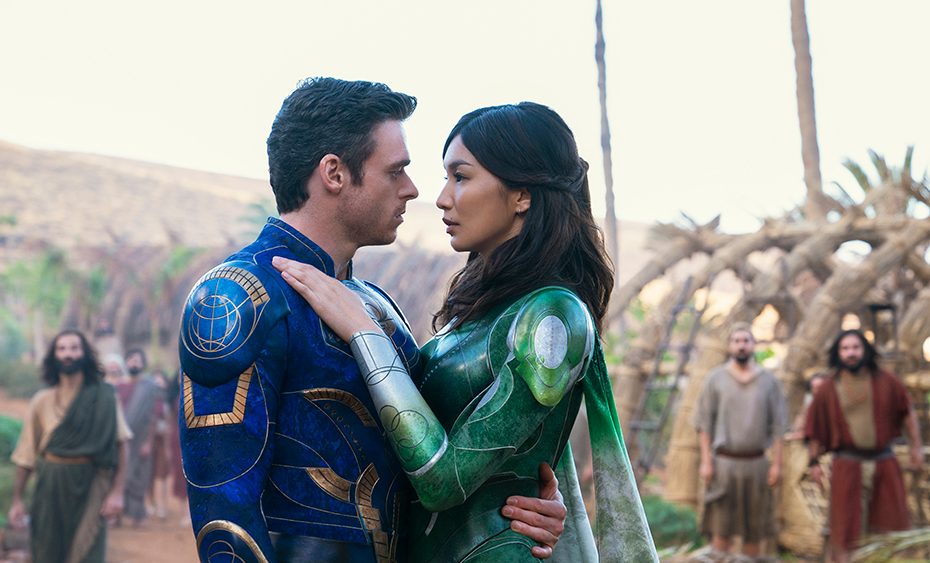 The latest Marvel epic (and with its runtime epic is correct) starts with an ominous scroll informing us that the great Celestial Arishem created the Eternals to fight against the monstrous Deviants for the betterment of all mankind. It’s a serious opening offering an idea of the grandiose ideals for which director Chloe Zhao will strive for the next two and a half hours.

It might seem strange that indie darling and double Oscar winner Chloe Zhao would opt to make a film as big and grand as Eternals but from the look and feel of the film it’s not a million miles away from her Best Picture winner. For a superhero epic, the film takes time to introduce characters and their history, flitting between times to give us the epic history of their involvement in our culture.

Inevitably the worst traits of mankind come to the fore, we’re shown the sacking of Babylon, the aftermath of Hiroshima, we see the cruelty that humans inflict on one another and the toll this takes on the Eternals themselves. The film, in that regard, feels like an extension of the exploitation at the heart of Nomadland. After a largely unseen force puts people in positions where their lives are dictated by a job not by their own desires. Capitalism and Arishem are two halves of an unfeeling coin, Fern and Ajak both pawns in the mission.

But, it’s not only that, the sense of community at the heart of the film – or as Vin Diesel would growl “family” – is what the film really cares about. The personal conflicts between family members, the disagreements. The lovelorn romance of Chan and Madden juxtaposed with the eternity long devotion between Lee and Jolie. The film is essentially about the conflicts of divorce, if Arishem is the patriarch and Ajak the matriarch what happens when they go separate ways, what does the family choose to do?

“I won’t hurt you over my beliefs” a stoic Nanjiani states at one point, hammering home the ideas at the heart of the film. Faith, family, love it’s all in here and Zhao clearly relishes framing these epic moments of emotion against stunning backdrops. Just as watching the twilight of the sky dissipate as Frances McDormand walked across barren landscapes here we see people profess love for each other against the most radiant natural sunsets in the world. Zhao frames each location like a person in love with the planet, the cobbled together nature of Camden Town, the lush beaches of the Mediterranean, the earthy rainforests. 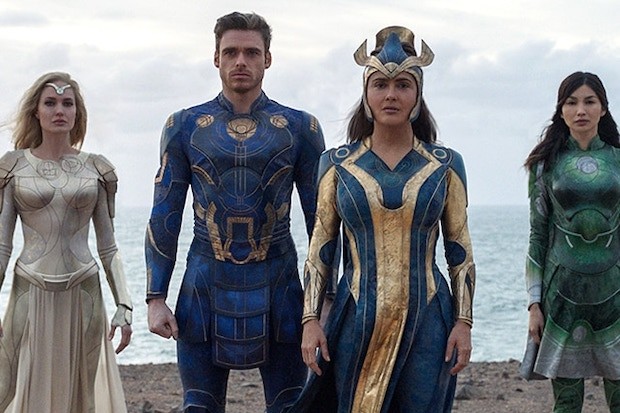 Zhao’s film is also about seeing the mythical in the human and the human in the mythic. Ridloff’s Makkari matches her own deafness with nothing made of it, Henry’s character is the first openly gay character in the MCU shown kissing his husband and having intimate loving moments. Even Jolie’s warrior goddess is given a subplot about her degenerative mental state – a clear analogue for dementia, and the trouble families have when they have to contend with their own loved on turning on them through confusion.

That’s not to say that Zhao isn’t above a big set-piece; the time-spanning nature of the film means we get history epics mixed with sci-fi smack downs. One sequence sees an eternal fight a wolf looking Deviant in a riff on Leo’s bear attack from The Revenant, and a showdown in Camden sets the table for the most epic moments of the film.

At times the spectacle gets ahead of Zhao, and certainly the climax is the weakest part of the film, flying people punching each other turns into Zack Snyder territory and interest wanes as personal conflicts come into play against a world ending event. But, even so, Zhao has created enough interest to keep you going.

If some characters don’t get the screen time they deserve it’s because the film really wants to follow Gemma Chan’s Sersi and it’s not hard to see why. Chan holds the screen every second she’s on, bringing that same warmth and fractured nobility she had in both Humans and Crazy Rich Asians. The warmth that radiates off her in the film is impossible not to be enchanted by her.

The film’s flaws are that at times it strives for something it can never truly attain in a single origin film. Like so many origin films in the superhero genre, the characters are more interesting than the plot and action they’re stuck in and the action is a little same-same. Even so, Zhao keeps her focus rightfully on the characters and the decision to have everyone use their natural accents works well. Whatever follows in Feige’s master plan is beside the point, and the sequel baiting nature of the MCU can often distract from the story that is in front of us.

But, for a mighty epic that dares to explore heavy themes and push some radical representation this is a sometimes flawed, sometimes inspired superhero movie that proves that the MCU can change and do different things – after all this year we’ve had a spy movie, a kung fu movie and now a historical epic all from the studio that gave us Iron Man. But, there is no doubt this is a film by Chloe Chloé Zhao. 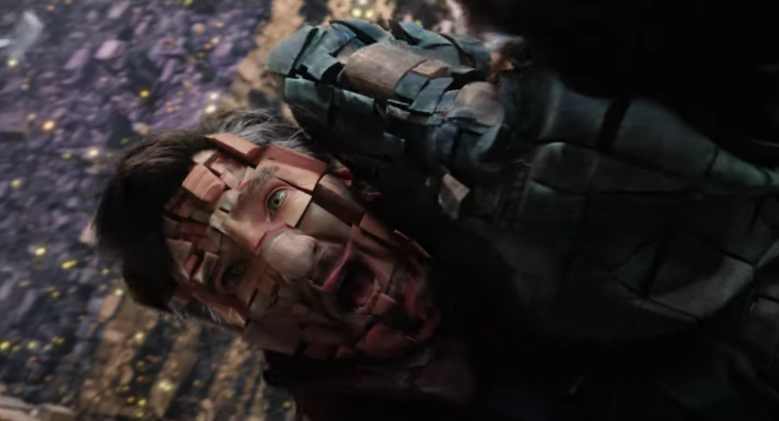