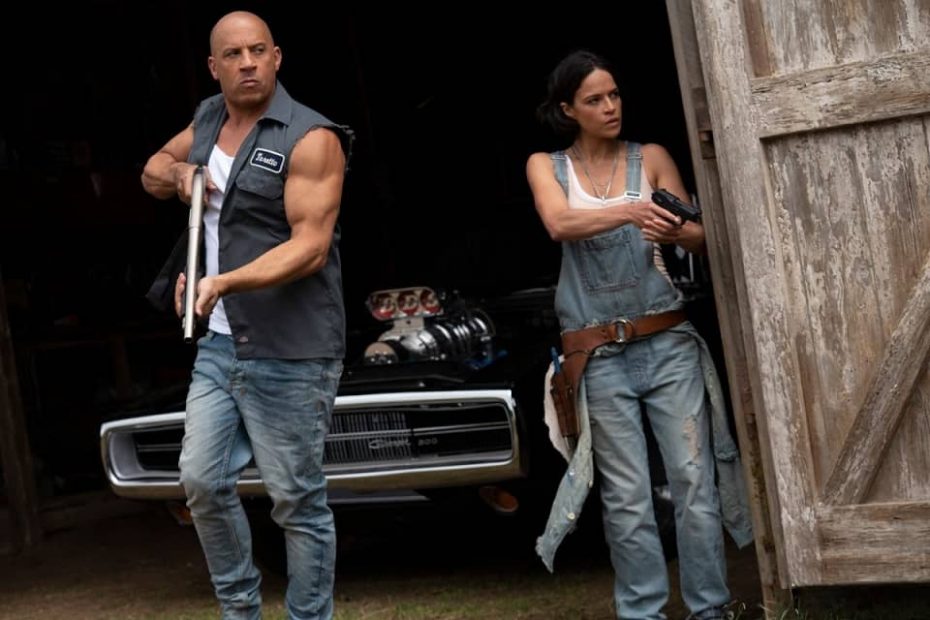 With the family in crisis thanks to a little spin-off, and still feeling the loss of their main actor, Justin Lin’s return to directing a Fast movie feels like damage control more than anything else.

This latest film sees Dom Toretto and his wife Letty retired from street racing/heists/spying/crime to live in peace and quiet. All this changes with the news that Dom’s long lost younger brother Jakob is trying to get all the world’s weapons using a device called ‘Ares’.

From the off one thing should be clear: The Fast and the Furious was a decent if unremarkable Point Break rip-off with Vin Diesel as Patrick Swayze and Paul Walker as Keanu Reeves. Rob Cohen’s original film was perfectly fine, filled with booty, Corona and two nobodies making the bid for movie star. John Singleton’s 2 Fast 2 Furious was a Diesel-less vehicle to see what more you could do, while Justin Lin joined with Tokyo Drift and stayed until the sixth film along the way, casting Dwayne Johnson as a sort of Tommy Lee Jones in The Fugitive. 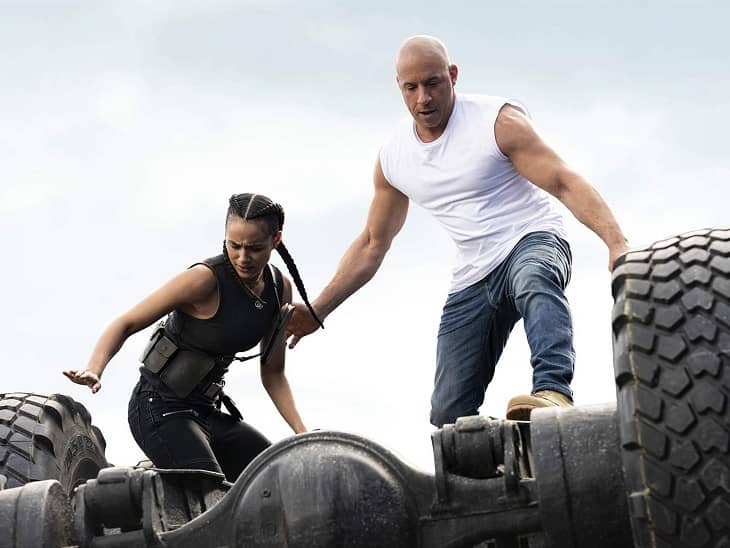 The series was never operating as anything more than pure nitro in a car; a boost to keep an empty shell going. But when the films moved from street racing movies into heist films, they sort of found a new groove and embraced a little silliness. However, the pivot into spy films made no sense, and now they’re basically superheroes.

Lin, luckily, is a director that can edit a good action sequence, the action is car heavy as one would expect but even for all the CGI people jumping from car-to-car there is an element of actual stunt work that works, and he knows how to give you a sense of danger as well as injecting action scenes with comedy. Direction has never been an issue for these films, it’s the writing that’s an issue.

Taking the confusing chronology out of it, this film acts as something of a desperate retcon mission, explaining potholes in as many films as they can. Namely, why the **** would a clandestine spy organisation hire a bunch of mechanics and carjackers to save the world from cyber terrorists?

This time the lack of Dwayne Johnson and even Jason Statham is really felt, gone in the cocky swagger of Statham’s Deckard Shaw or the no-bullshit manhunter of Luke Hobbs courtesy of Johnson. Their laughable but fun spin-off splintering the family even further, and it’s not hard to see why it would. Once again, Diesel proves he can’t actually act. He is a potato in a tank top grumbling lines about family over and over. Ludacris and Tyrese Gibson do their usual thing, in which Ludacris pretends to understand maths and Gibson alternates between pointing out he’s black and screaming. Eventually, they go into space. No, it makes no sense.

Buoyed by having worked with an actual director of worth in Steven McQueen for Widows, it now appears that Michelle Rodriguez has tried to actually deliver a performance of depth, and while much of Nathalie Emmanuel’s dialogue is exposition she does get the measure of physical comedy when it comes for her to do drawing. The actual proper actors show up to cash their paycheques – Charlize Theron sits in a glass box, Kurt Russell says sentences of no more than five words and Helen Mirren sits in a car.

The biggest issue is Lin’s choice to cut the film in two, half the film is a stupid spy film where Dom – a guy who ends every sentence with the word family – failed to mention to anyone for twenty years that he had a younger brother. It even looks vaguely like a shock to Jordana Brewster’s Mia and it’s her brother too. But also to spend long amounts of time in boring flashbacks showing how Dom became who he is and how Jakob became a super spy supervillain. What’s worse is that suck all the charisma out of John Cena so that one of Hollywood’s best meat head comedians is stuck growling and occasionally jumping – presumably to make sure his character doesn’t become too popular and warrant a spin-off as well.

The choice to resurrect the quite clearly dead Han is also explained away, meaning that the only mainline character to stay dead is Gal Gadot’s Gisele – one assumes because she’s too busy and expensive to just stand around in a swimsuit and occasionally ask what the plan is.

Perhaps most puzzling is the choice to keep Walker’s Brian O’Conner character alive despite him being dead for almost ten years. It renders that emotional farewell in the seventh film pointless and causes massive plotholes, like why would he agree to babysit the kids when everyone else is doing the life or death mission? Surely he would insist on going and Mia stay with the kids?

Diesel produces here, and clearly has a lot of control over what happens in the films, since he gets a weird trippy coma drift through his memories which allows him to almost shed a tear, and allows Lin to show off how well he can direct stuff.

At over 2.5 hours, the film more than outstays its welcome. It’s lacking in personality or joy, bogged down by terrible dialogue delivered by bad movie stars and bored awards winners limping towards a daft conclusion that will surprise no one. But, for those who love these movies, it’s family and corona all round! 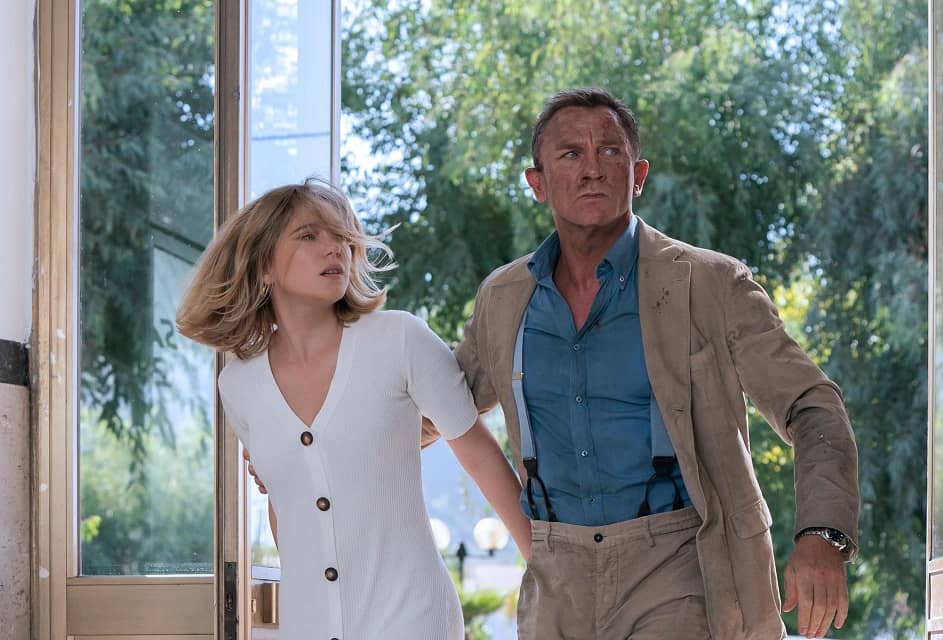 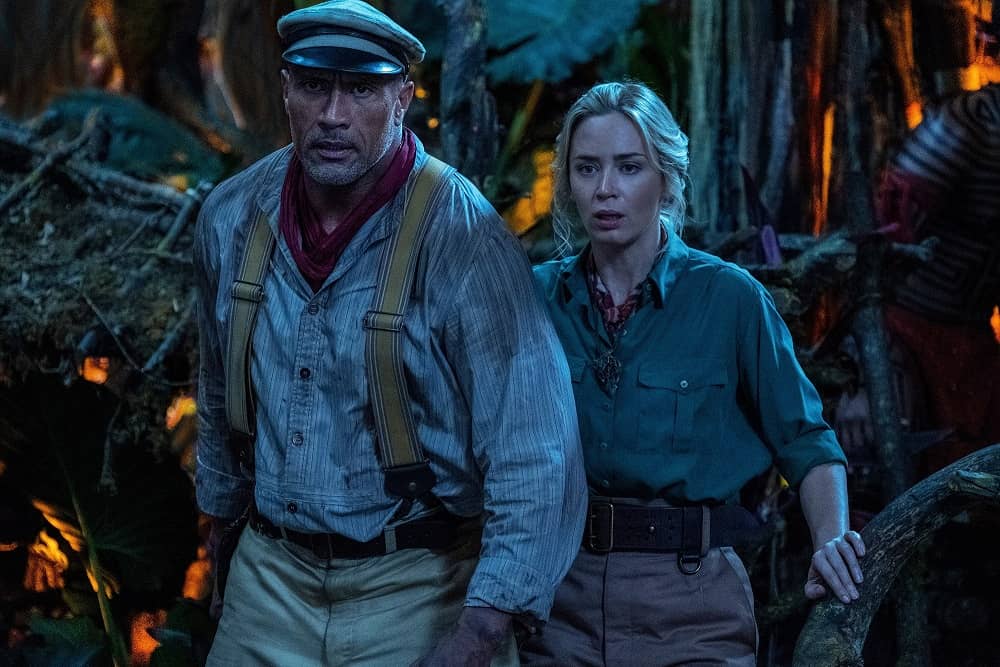