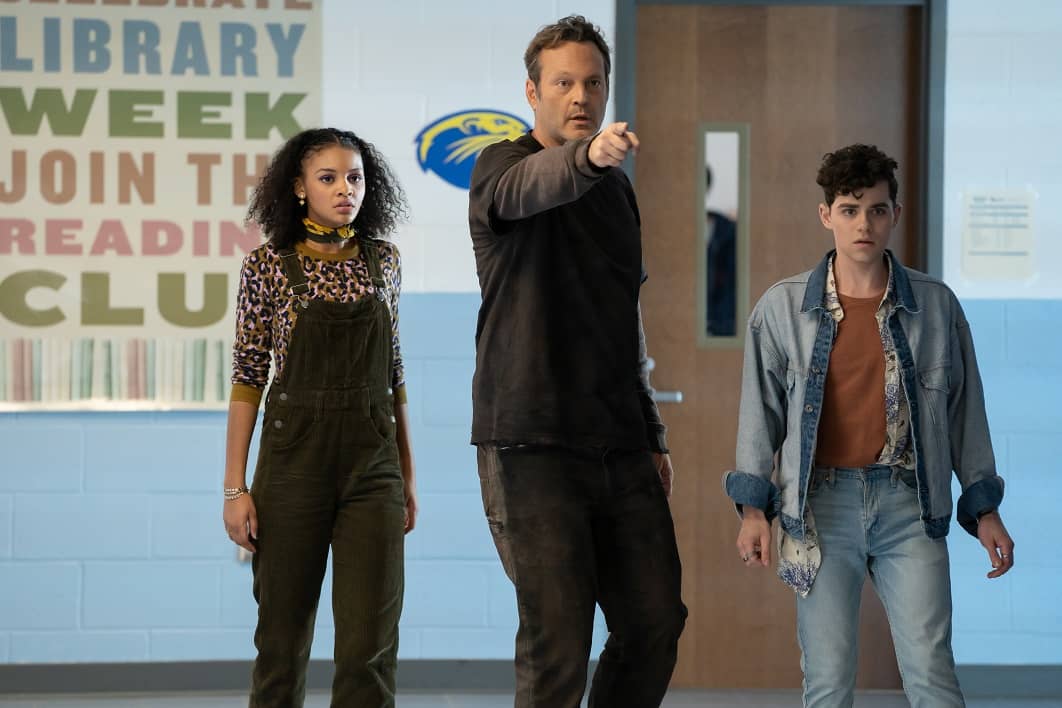 The house that Jason Blum built has given way to the mantra that many great exploitation movies houses have been founded on. Make it cheap, make it profitable.

With Freaky, co-writer and director Christopher Landon takes a slasher film and mashes it up with Freaky Friday. It’s no surprise that the working title was Freaky Friday the 13th, much in the same way that Happy Death Day was Groundhog Day by way of a slasher; we get a similar mash up here.

Landon is a talented horror director, opening the film with a perfectly pitched stalk-n-slash sequence in which four teens telling scary stories are picked off one by one in gruesome ways. Using a tribal mask, the “Blissfield Butcher” is a ringer for 80s era Jason and it perfectly sets the mood. Here is a film that is a little less clever than Scream but just as fun. 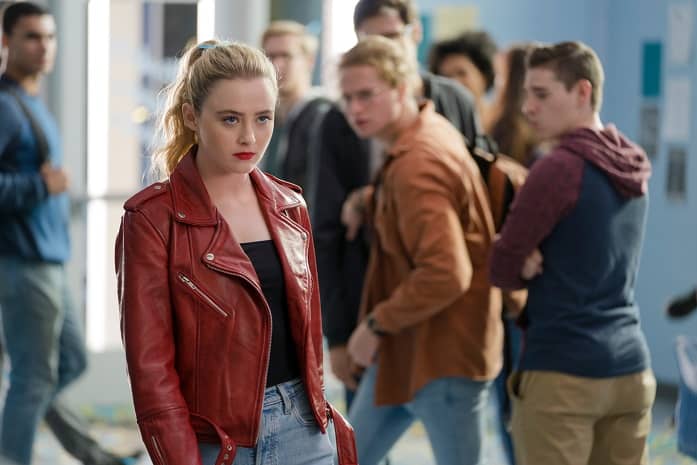 Landon and his co-writer Michael Kennedy set up the basic premise in broad strokes, put upon geek Millie (Kathryn Newton) with two close friends (Celeste O’Connor and Misha Osherovich) and an unrequited love (Uriah Shelton). One night she is attacked by the Butcher (Vince Vaughn) and their bodies are swapped. Now it’s a race against time to swap them back before the change is made permanent.

The film’s opening movement after the prologue feels a little retrograde, there’s the leap of faith that Newton wouldn’t be sought after by everyone in the school when she’s gorgeous, and typical of Landon’s growing filmography the death of a parent looms over her motivation throughout the story. Similar to his previous outing to which this owes a huge debt and feels like a sibling piece this is building up familiarity to then flip the lid.

Once bodies are swapped Landon shows his flair for a horror murder and for a joke, Newton who nails the gawky geeky Millie gets to channel some darkness when possessed by the Butcher, her dialogue is minimal and makes great use of her eyes. While Vaughn offers his best comic performance since Dodgeball or Wedding Crashers and his casting reminds us that when he wants he can be a fantastic dramatic actor.

The film works when it plays into the character beats more than the slasher beats and Vaughn is perfectly able to modulate his usual deadpan style to suit more emotional scenes including one between him and Katie Finnerman as Millie’s mother. It’s a testament to the film’s good will and fun that you buy into a budding romance between two teens when one is played by six foot Vince Vaughn. 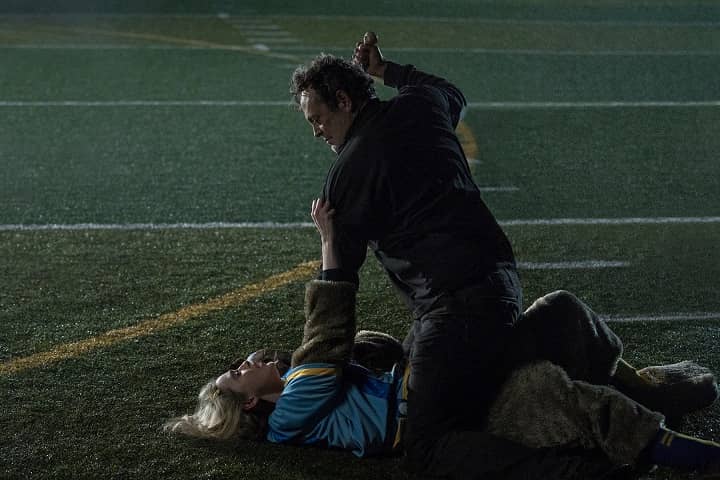 The film is also well written; Newton’s delivery of the put down “your touch makes this pussy drier than sand” should become a go-to weapon for all young women when the clubs reopen, and the dialogue offers enough knowing winks that there’s laughs along the way even as it falls into cliche.

There are elements that are underdeveloped though: despite the great scene between Vaughn and Finnerman, the idea of the father’s death is never fully explored, nor is the suggested alcoholism that is hinted at at the beginning. Similarly Millie’s cop sister Char (Dana Drori) doesn’t appear to serve much purpose, and lacks a moment between the two sisters regarding their dealing of the death. It also hurts on the first watch that the soon-to-be victims are quite so loathsome, removing all motivation for stopping the villain.

Even so, Freaky provides a fantastic reminder that when he’s on form, Vaughn is a comic icon, Newton is a rising force to be reckoned with and Landon is paving the way for slasher-comedy mash ups. Up next hopefully: a slasher by way of Planes, Trains and Automobiles? 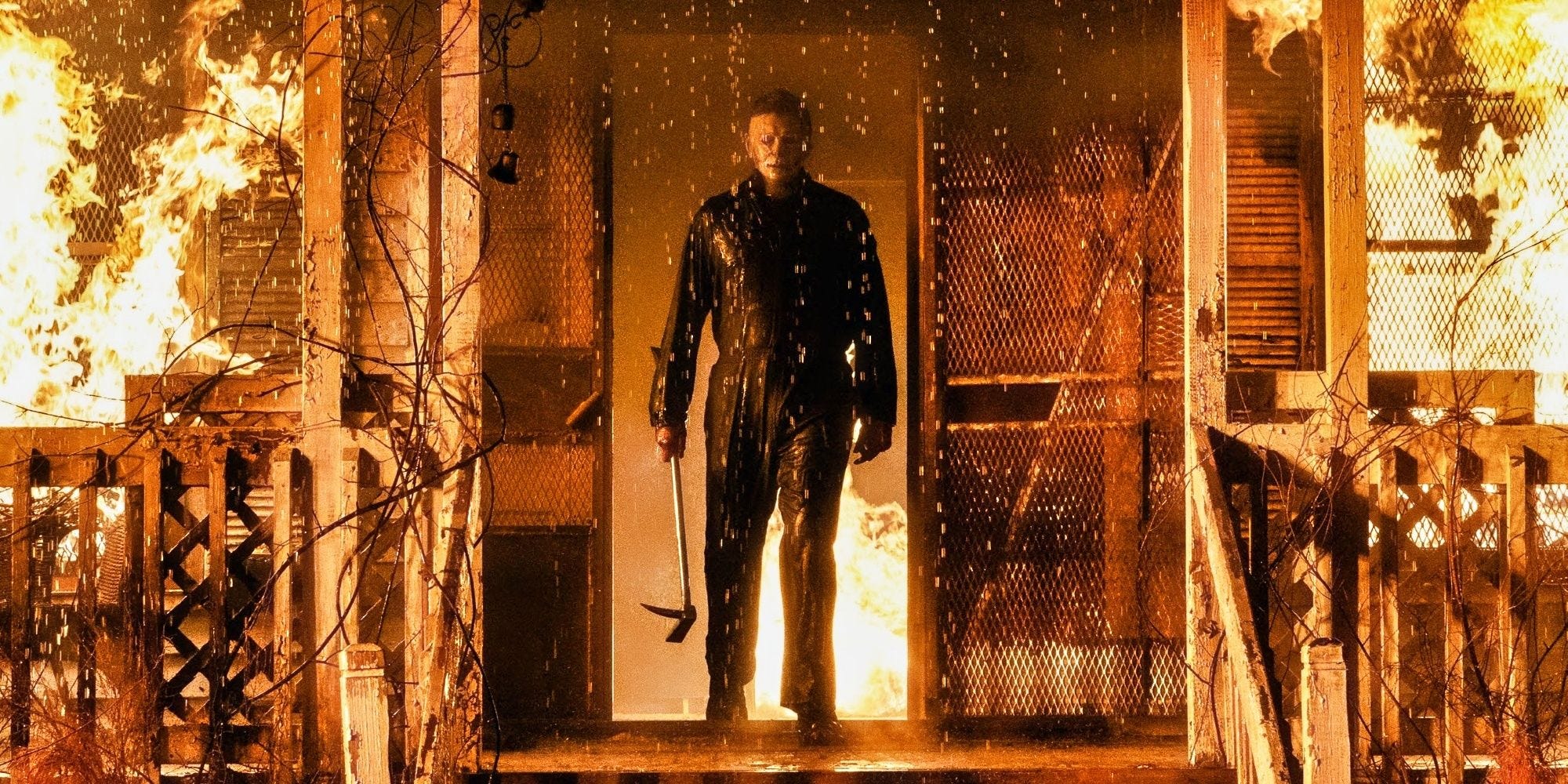