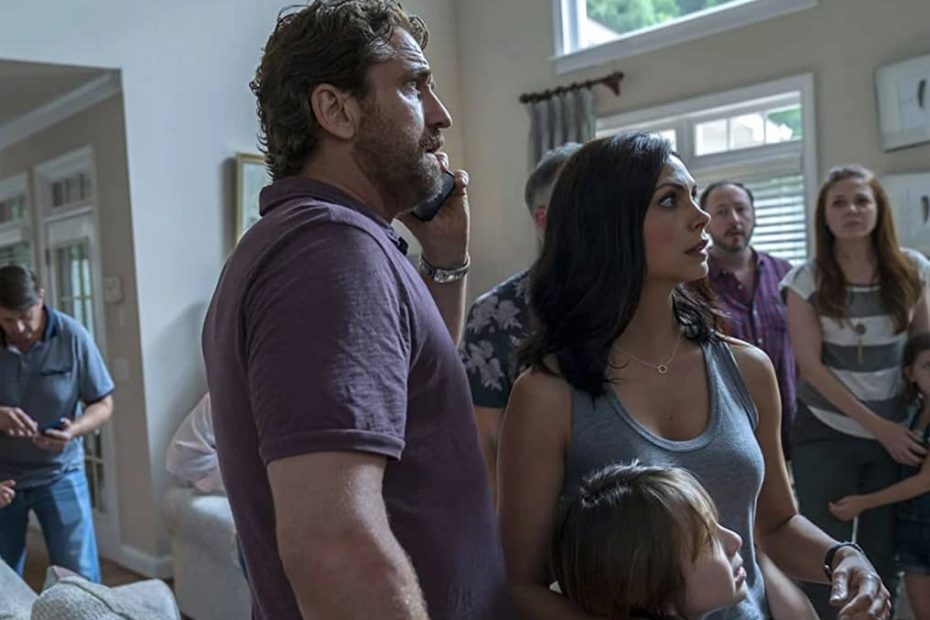 There’s something to be said about the endurance of Disaster movies, though not always the slam dunk financially as a superhero flick or even a spy movie they offer the classic “what if” scenario that people like to put themselves in.

Greenland follows Scottish-American engineer John Garrity who is selected along with his wife Allison and son Nathan to board a plane that will take them to a bunker in Greenland when a series of asteroids threaten to obliterate Earth.

Gerard Butler produces and stars in this disaster movie, which already brings back memories of the disastrous Geostorm, but unlike that pu pu platter of tropes and bland CGI – replete with behind-the-scenes issues, Butler strikes gold here. Re-teaming with his Angel Has Fallen director (and fourth instalment Night Has Fallen) Ric Roman Waugh, both appear to have an eye for the better films in the genre.

Where Greenland works is that it decides to deal in the small scale even as the world ending events transpire around it. Butler is perfectly likeable as the everyman, a slightly well-to-do structural engineer who is estranged from his wife but getting trying to make it work because of their diabetic son. Waugh and screenwriter Chris Sparling actually take a fair amount of time to set up the dynamic and build the growing tension of what is going to happen. 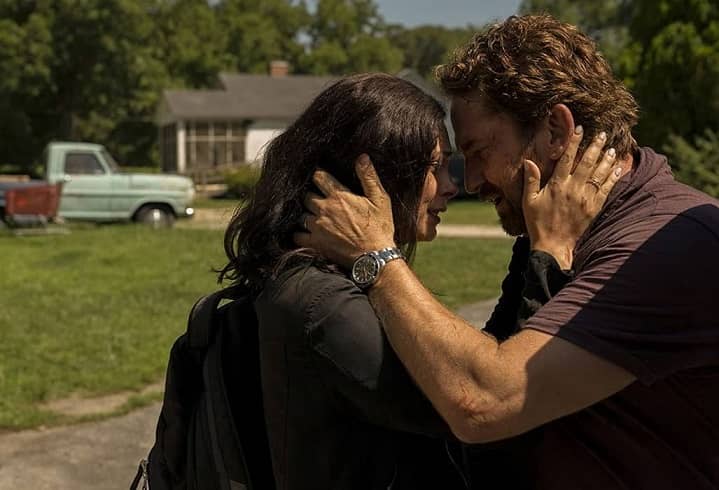 Butler isn’t the steroid fuelled action man he was when he was shouting about Sparta in 300, he’s much more schlubby and normal looking, helped by his beautiful but not plastic surgery laden Morena Baccarin and their not-annoying son Roger Dale Floyd.

This film owes a debt to the down and dirty feel of Spielberg’s War of the Worlds in how it follows a family going through the unfolding catastrophe. The film offers big moments of action and tension-filled disaster as airports are breached, people begin looting and the worst aspects of mankind start to take over. Waugh wisely keeps the big destruction in the background and follows on the efforts of the family as they try to survive long enough to get to the safety of the bunkers.

The film isn’t anything particularly new, you know where the film is going as they set out the characters and the darker aspects of things can at times make you wonder why you would try to survive such a thing if people are that bad, but even so, Waugh manages to keep you in line with the three mains and their plight is compelling enough to what to see how it plays out.

It’s predictable but at the same time this isn’t a genre that is known for throwing shocks at you, it’s a genre of putting disasters on screen and hopefully keeping you involved enough to be worried that the main characters. As an escapist piece of entertainment, Greenland offers easy thrills and a decent turn from the leading man. 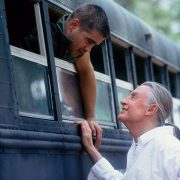 Remembering Joel Schumacher: So much more than the nipples on Batman