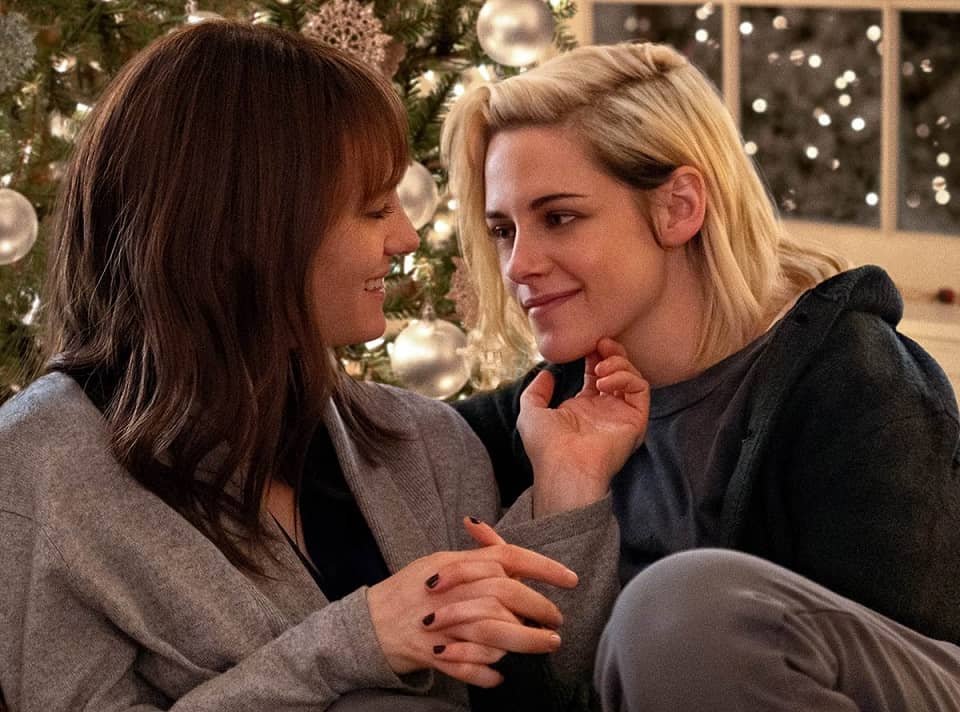 Happiest Season provides something that is few and far between, an LGBT+ themed festive film. From writer-director Clea DuVall, this semi-autobiographical film sees Christmas sceptic Abby (Kristen Stewart), and festive believer Harper (Mckenzie Davis) go to Harper’s family home for the holidays only for Abby to discover that she has not come out the closet.

DuVall’s film aims for something that’s a rarity nowadays: a holiday film that can become in heavy rotation, not since perhaps Elf has a Christmas film become a firm classic, and that was 2003. We are a long way from a festive family favourite. Here, Duvall attempts to make a pro-LGBT+ movie that can appeal to a wide audience.

From the get-go Stewart is as charming as ever, no longer constrained to play to a type, she doesn’t stray too far from her own persona, but manages to have a wry wit that encourages you to root for her, and to like her. The recurrent joke about her being introduced as an orphan is one that sits somewhat uncomfortably and calls to mind Joseph Gordon Levitt’s character in The Night Before, but there’s enough in her performance to make you warm to her.

The supporting cast is fantastic too: Alison Brie plays the uptight older sister and does the most with a role that feels somewhat underwritten, while Mary Holland (who co-writes with DuVall) gets all the best laughs as Harper’s younger socially awkward sister. Really the scene stealers here are Dan Levy’s gay best friend, who acts as a sort of outside voice commenting on the insanity of the concept, and Aubrey Plaza bringing her usual aloof charm as an ex of Harper’s, and romantic option for Abby.

The film unfortunately falls down when it deals with how Harper acts around her parents, Mayoral candidate Victor Garber and uptight perfectionist Mary Steenburgen. Both are great, and Davis is not at fault, but her actions aren’t just to hide her sexuality from her parents, but to actively push Abby away, and this conflict doesn’t sit right with a film that wants to be pro-the couple and actively makes you want to see Abby get with Plaza’s Riley.

This isn’t helped by slapstick missteps that feel all too obviously constructed for physical comedy, which doesn’t sit right with the entire feel of the film. It also cannot escape its slightly formulaic constructs, as despite being LGBT+ it still conforms to the norms of a rom-com and doesn’t really subvert them in any meaningful way; a subplot about Levy posing as Stewart’s straight ex is brought to the fore for a moment before being dropped, though it really would have added some comedy.

Even so, the film is funny, though that is mainly down to the combined efforts of Stewart and the supporting cast, and there the heart and warmth that one would hope to feel from a Christmas film, but even so, there is still the feeling that this is a film content to have what the straights are having instead of carving out a new niche.

Still, both DuVall and Holland have crafted characters that feel both authentic and archetypal while capturing the sort of cynical but also heartwarming feeling of the holiday season, and it provides a decent enough festive outing that might inspire more. It ain’t The Birdcage but it’s pretty jolly stuff.

READ NEXT:
Celebrate Pride season with the best films of LGBT+ cinema 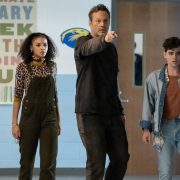 Landon takes a slasher film and mashes it up with Freaky Friday with great comic success.