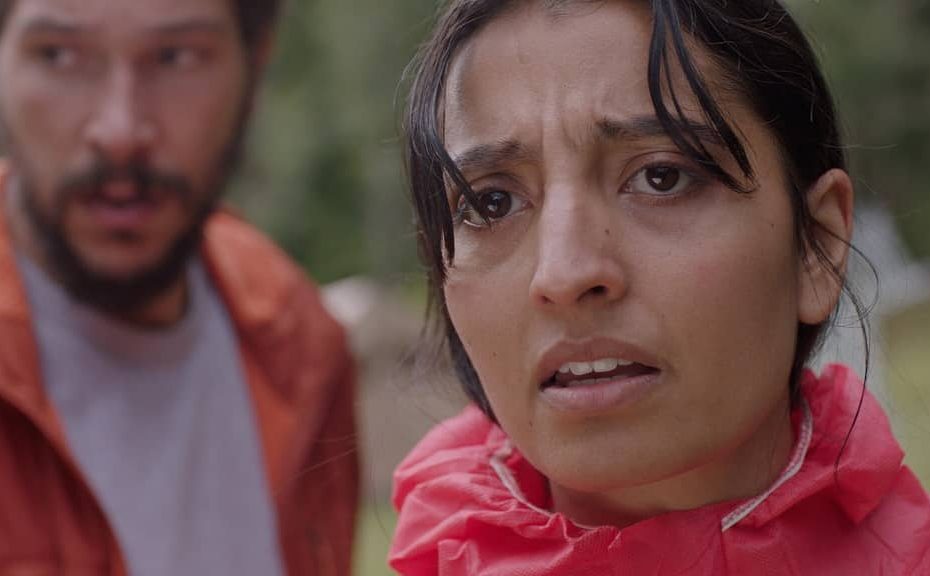 The growing slate of lockdown produced movies are already getting a little stale. The first couple of shows and movies made were fun enough and offered new entertainment in the midst of the pandemic, but generally, as we go into making movies again, the ones influenced by COVID have already run out of steam. Trust Ben Wheatley then to take a situation like his newly minted gig doing The Meg 2 being put on hold thanks to the world shutting down, and make a horror film for our times instead.

In the Earth is not a film about COVID, it’s a film about nature. Scientist Martin Lowery heads into a forest alongside Alma – his guide – to look for new ways of producing crops, but instead, they find something terrible in the woods.

Wheatley might have taken a bit of kicking when his revamp of Hitchcock’s Rebecca dropped on Netflix to mixed reviews, and his choice to do a Jason Statham action movie about a big shark might also seem odd, but his latest film is a clear sign that no one is quite as unpredictable as Wheatley. 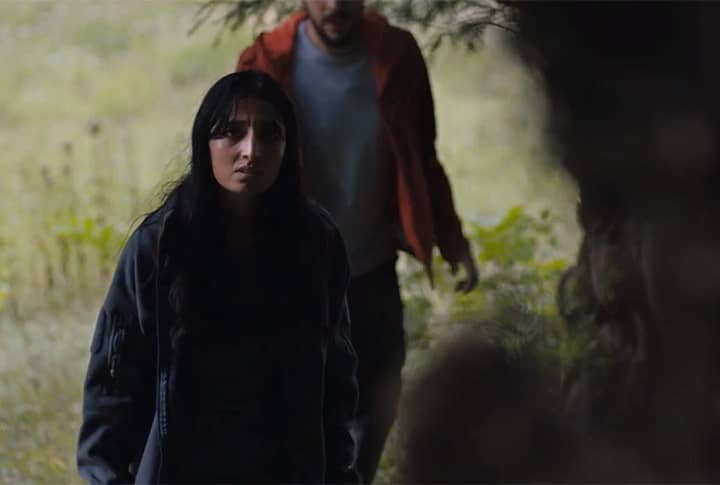 Joel Fry and Reece Shearsmith in In the Earth.

Calling to mind his terrific but mental A Field in England, In the Earth starts out slowly and builds to a manic finale. In the lead role, Joel Fry is quite perfect; he has the same sort of everyman charm that you would expect from Dohmnall Gleeson. For a while, he’s been cast as the funny friend and is perhaps still best known for the sitcom Trollied, but here he gets to apply that good nature to a film of strange magic. Ellora Torchia, his co-star for most of the film, is also perfectly placed; slightly stronger willed than Fry’s Martin, Alma in the hands of Torchia is the sort of person you could imagine being friends with.

Naturally, it being a film by Ben Wheatley, things go mental with talk of ancient evil entities, a sinister rock, and sound frequencies calling people to the forest. It all feels like it’s building to something quite crazy, and it is. The introduction of Reece Shearsmith signals bad things on the horizon, and some of the most wince-inducing horror of recent times – two words: axe toes – but it also offers a streak of surrealism and jet black humour.

Similarly, Hayley Squires as Martin’s former flame and obsessive scientist looking into the sound frequencies is quite mesmerising. She has the feel of Samantha Morton about her, a departure from both I, Daniel Blake and Adult Material for which she might best be known.

The cinematography by Nick Gillespie and the music by Clint Mansell are both haunting and beautiful. Ambient sounds and almost home movie looking shots are cut between swirling score and more lush photography. It’s a film that is about your senses and both enchant them and assault them in equal measure.

What Wheatley has offered here is something of a palette cleanser both for himself and for an audience. Less Hollywood than Rebecca and lacking the blockbusting trappings of what The Meg 2 will no doubt have, this is the work of a director who continually drinks from a very specific well. Like Kill List, Sightseers and A Field in England before it, it feels like something that will find a cult audience that will drink deeply of his haunting images. Think The Happening but not bollocks.