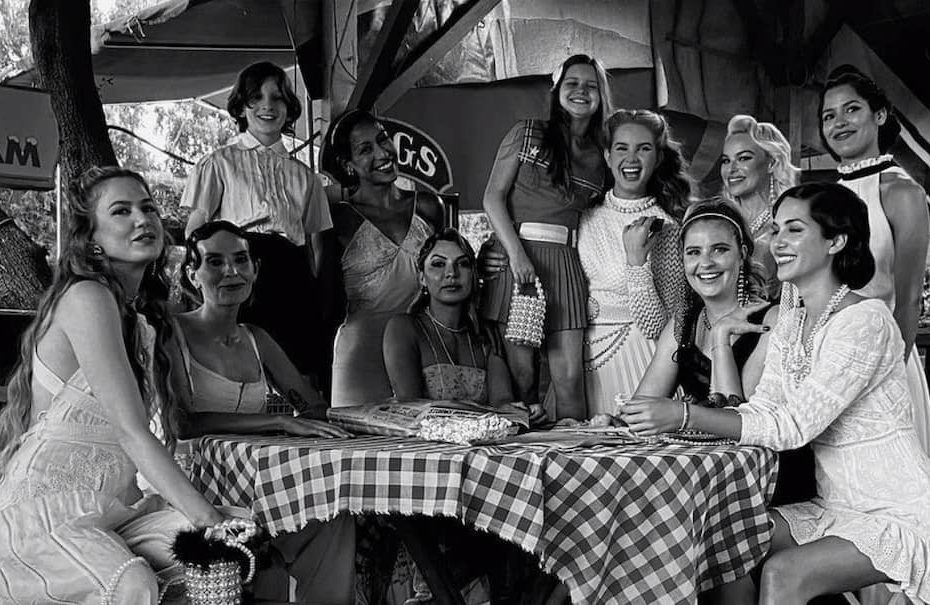 Chemtrails Over the Country Club, Lana del Rey’s seventh studio album, debuted March 19 with 11 tracks and some of the finest examples of the artist’s vocal range in her 10 prolific years since “Video Games.”

The sweet, measured, and pensive album takes elements from NFR! without abandoning more traditional elements of the singer’s discography, indicative of Lana’s growing comfort with her musical legacy and confidence in fulfilling her own ultimate vision as an artist.

Lana leans into her years of vocal expertise on this album, taking the time to let her voice shine and take center stage. Whereas in the past she has dreamily sung with synths and symphonic orchestras as heavy back tracks, like during the Honeymoon phase, Lana’s “White Dress” leaves her standing alone in an intimate setting, very close to us, notes crisp and precise and completely controlled.

Producer Jack Antonoff tweeted of the album’s opener that it was an “all time freak” that the song present on the album is the first, single take, and that he was “beyond happy” that it had been, by chance, recorded. Lana’s vocal proximity makes it possible to hear absolutely everything, each breath, each careful vibrato, really like she’s performing on a small stage, not yet famous, but just on the brink of it, perhaps deciding against chasing it just for the purpose of imagination. 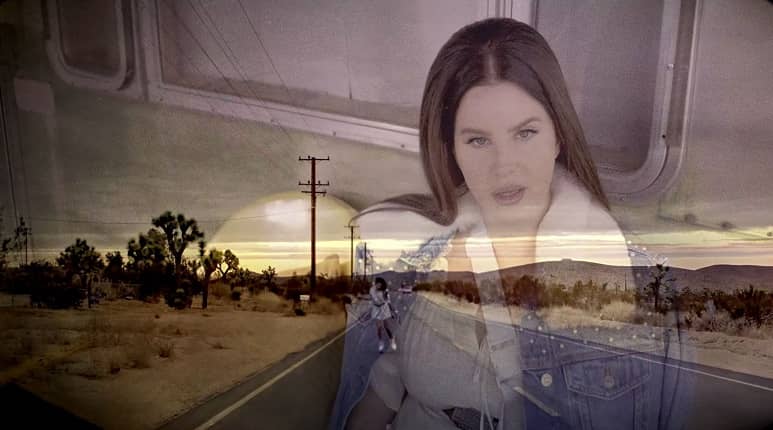 A still from the “White Dress” music video.

Like a minimalist poet, a modern Ezra Pound, Lana with Antonoff’s collaboration pruned each song down to only its necessary parts, what the producer called a “very beautiful process.” She comes fresh off the release of her debut collection of poetry, Violet Bent Backward Over the Grass, and in this album continues to convey a sense of personal fulfilment and pride.

The title track premiered in January, alongside a BRTHR-directed music video featuring Lana naturally behind the wheel of a vintage sports car in between shots of the rose garden. The done-up debutante in “Chemtrails Over the Country Club” harkens back to “National Anthem” and “Off to the Races,” glorifying the idyllic Americana that, whether real or not, at least continues to exist in a dream world to which she, and we, can escape, speeding down country roads in pearls and, above all else, feeling a sense of impenetrable freedom – or of hopeless illusion.

Read next: All Ariana Grande albums ranked, from best to worst

There’s also a bite to the album, quite like the transition halfway through the “Chemtrails” music video. Suddenly the teeth are shown, the wolfpack collected, and Lana appears bold, brave, and defiant. It’s as if she now knows she can run with the wolves of modern music, and even with icons gone before – she says she’s covering Joni, dancing with Joan, and Stevie’s calling her on the phone. Shortly after Chemtrails was available for audiences, she posted on her Instagram story writing she wanted “revenge,” and said in a post that another album, Rock Candy Sweet, could be expected on June 1, 2021.

In 2017, Lana told Complex that “Yosemite”, which was a previously unreleased song until Chemtrails, was a two-part set alongside NFR’s “The Next Best American Record,” – yin and yang to each other. Recycling, reworking, and reimagining tracks keeps fresh the dangerous, dark, and wild image from Lana’s early days, while her maturity in tone and ability allows her to keep from sounding immature or sedentary. Rather, she is able to expertly combine both elements of new and old, knowing that everything she has gone through and experienced, each vivid memory that she translates into a visceral song, is crucial to her artistry and to her delivery in each emotional and nostalgic performance.

Lana wraps up the album with a cover of the 1970 Joni Mitchell song “For Free,” accompanied by Zella Day and Weyes Blood. The trio first sang the song in 2019 in Los Angeles at the Grammy Museum. Ending with the Mitchell cover is deliberate, tying right back into “White Dress” – her life before the fame, something simpler, wondering if she might be better off in a pedestrian life now impossible for her to know. This is an album that focuses very much on an alternate reality, a little snow globe, a mini-universe, mystical like a lost Woodstock or, even still, the promise of LA and fame and America and everything Lana has ever dreamed of.

Chemtrails is a rewarding and fulfilling album that spins and unravels like a well-loved vinyl. Lana del Rey is the legend fully-fledged, Lizzy Grant transformed and transfigured, doing it for all the right reasons: for us, for the music, for the poetry, for the culture. For herself. 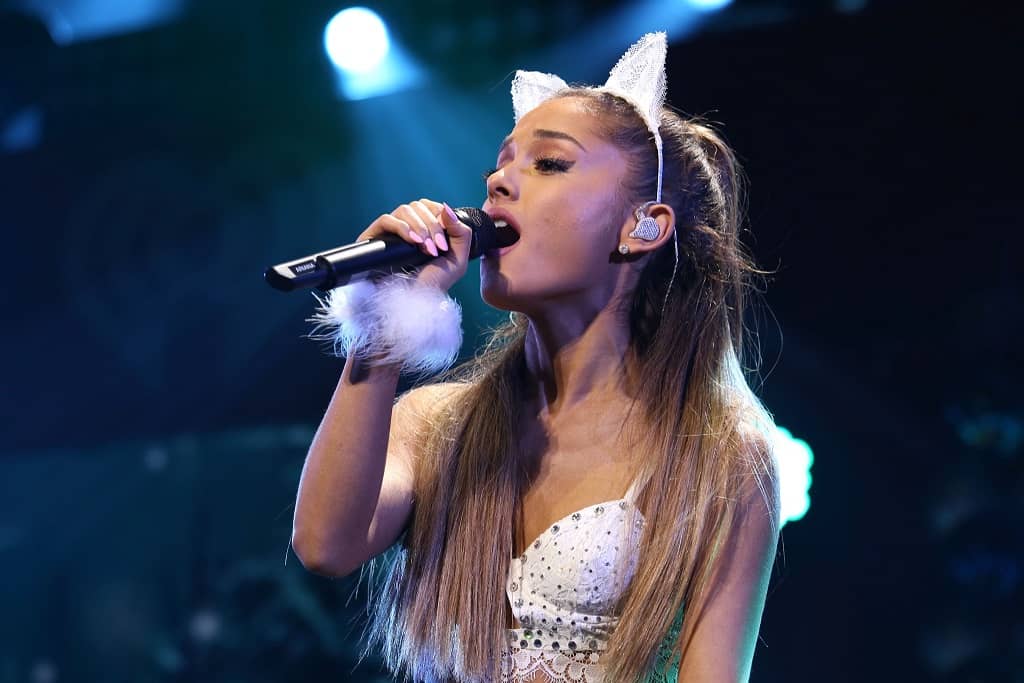 All Ariana Grande albums ranked, from best to worst

Ranking Grande’s most essential records from her less than a decade-long career so far.