LFF 2021: The Harder They Fall review – a what if scenario of joyful excess 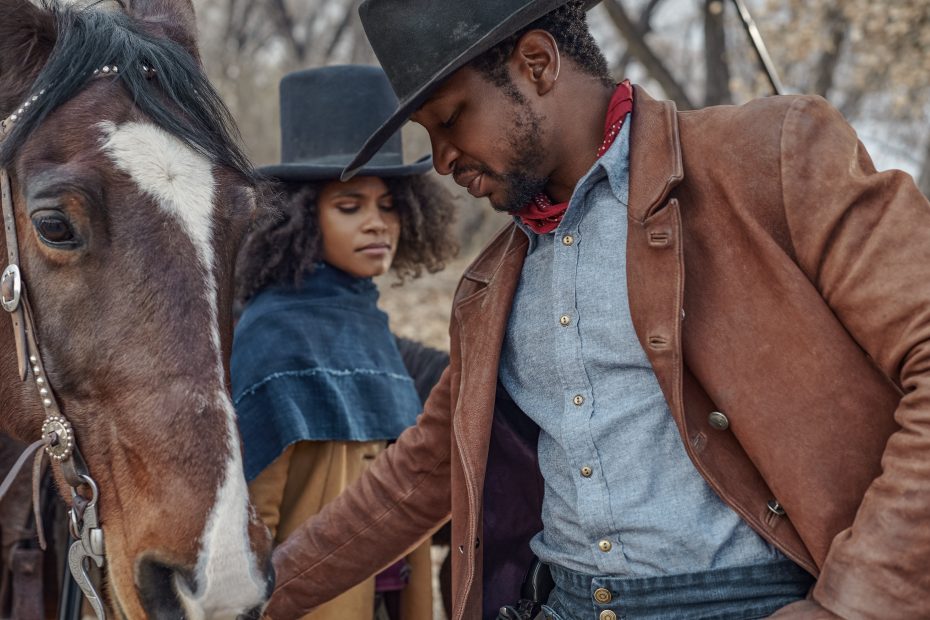 There’s been a lot made about the role of Black artists telling Black stories, and how often they are made to tell stories that focus on the pain their people have gone through. It’s why Jeymes Samuel’s debut feels like such a radical idea – what if you made a joyful genre movie that sets out to be a blast from start to finish? Well, you get The Harder They Fall.

The film follows Nat Love as he gets his gang back together along with stubborn US Marshall Bass Reeves to get revenge of notorious outlaw Rufus Buck and his gang for crimes against his family.

Samuel opens the film in tense fashion showing the brutal killing of a pastor and his wife in front of their young son before smashing us straight into the confident credits that lay out the table. Samuel is a director with flair, with a playful tone and it shows in every frame of his film. There’s a temptation to call this film Tarantino-esque, but it’s more than just Tarantino. It’s a film made by someone steeped in movies, but mostly those seen on a TV.

The dialogue is rich and ripe for quoting and the cast chewing their lines as if they’re doing their best not to grin the entire time – and to be fair Samuel has a stacked cast. Jonathan Majors, Idris Elba, Zazie Beetz, Regina King, Delroy Lindo, Lakeith Stanfield, RJ Cyler and Edi Gathegi make up the bulk of the cast that sees brutal violence met with jukebox music choices.

The film plays out almost like kids playing cowboys in their local park. A what if scenario of joyful excess – what if guns sounded like canons? What is a revolver blast sent you flying across the room? What if blood sprayed out of every wound like a red fountain? Samuel has a way of using music to great effect – the film is produced by Jay Z and Samuel, who also provides the music.

Underneath the more excessive Red Dead Redemption style shoot ‘em ups, there is a message – people like this existed. While the events are fictional a title card tells us that these people were real. There’s nothing wrong with that, if Nolan can imply Nikola Tesla was a wizard, or Tarantino can save Sharon Tate from a brutal murder, why shouldn’t Samuel be able to show Stagecoach Mary slugging it out in a barn? There’s nothing to say that didn’t happen.

The film, as is the mandate of Netflix, is too long. Samuel clearly loves every moment of his film and certain elements sag in the middle. Once the brutal opening, and a very well played out train robbery are done, there are scenes of people talking – not all of them going anywhere of significance. It’s true that these could be taken out and the film wouldn’t suffer plot wise but in a way this character-building allows the film to breathe and to flesh out characters. 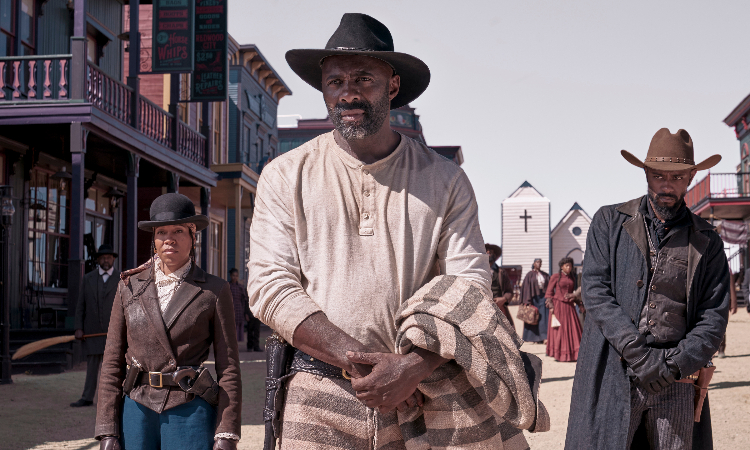 Regina King, Idris Elba and Lakeith Stanfield in The Harder They Fall

It’s not just that Elba is a gun slingin’ outlaw – though he is outside the law and guns get slung – but he’s a man with a vision, a safe space for Black people in the lawless land of the Wild West. It’s not just that Majors is driven by revenge – he’s driven to make himself whole again. At the heart of the film are two love stories. The first between Majors’ Love and Beetz’ Stagecoach Mary is one of lost and re-found connection. Beetz conveys a history of trust, love and longing with one look into the middle distance, while Majors stoic way of standing tells us all we need to know. The other love story is less romantic but just as moving. Elba’s Buck and King’s Trudy share a bond almost that of siblings, having total faith in one another. Their connection grounds their more villainous roles in a humanity that can often lack in the “black hat” roles.

It’s true that the colourism present in casting Beetz as Stagecoach Mary might be tough for many people to swallow – Beetz is lighter in skin tone than the real Mary was, and it’s fair that those who are sticklers for “traditional” westerns might balk at the use of hip hop over the top of major scenes – but this isn’t entirely a flaw. It’s a matter of taste.

This is a film destined to become a favourite among those who enjoy genre mashups. Samuel’s shot composition, score and pure enthusiasm is hard to escape and even with a slightly bloated run time the film always feels like the cast are moments away from grinning ear-to-ear at the chance to be able to play cowboys without the focus being on suffering or hardship.

The Harder They Fall doesn’t just land, it strikes a might pose before slingin’ them guns.