LFF 2022: Bros review – succeeds on the strength of it’s jokes 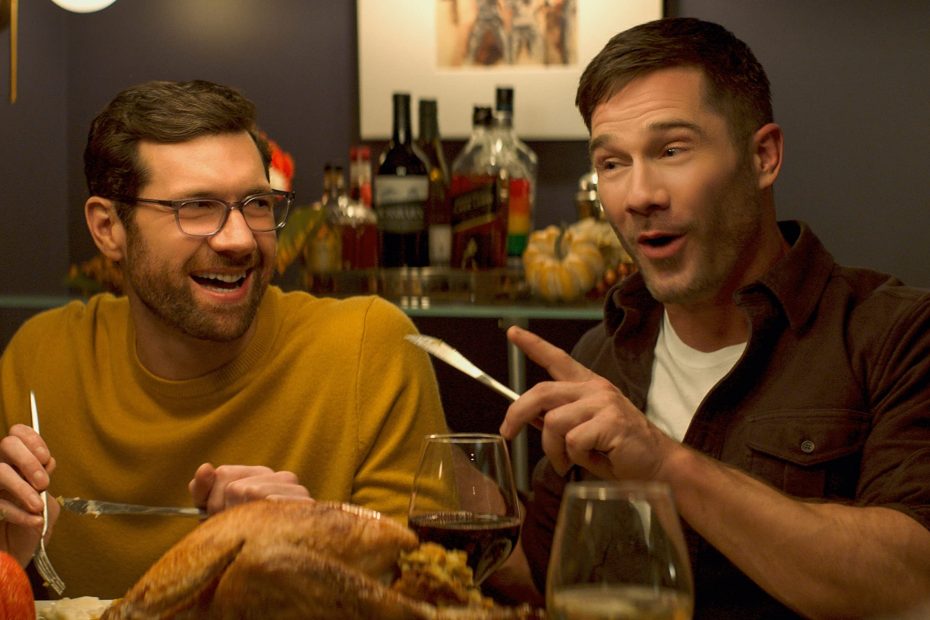 Coming at us with an already clear box office bomb at the domestic taking Billy “on the street” Eichner’s star vehicle appears as one of the year’s best surprises.

Eichner plays podcaster and museum curator Bobby, hoping to open a museum of queer history. As he juggles to gain financing, trying to cater to his board of trustees and generally existing as a gay man in the present day, he begins dating the less outgoing Aaron.

Eichner is clearly not straying too far from his on screen persona (and perhaps who he just genuinely is) as Bobby. Someone who has a dry acerbic wit and a dead pan delivery of most everything in his life. It’s the sort of role that requires someone with a persona, we immediately get who Bobby is because we know what Eichner’s schtick is.

From early movie awkward Grindr hook ups, to dealing with his trans / lesbian / non-binary / bisexual fellow curators all of whom have their own desire to have wings in the museum he goes through the first act of the film as the sort of character that in a straight movie would be played by Bill Murray probably. Enter the insanely handsome Aaron – Luke Macfarlene – the opposite of Bobby. A ripped, sexy but not so comfortable being an “out” man.

The film doesn’t play too hard with the rom-com formula, it sticks to the three act structure that we all know and love, and in a way that’s probably good. Straying from it might alienate an audience who are used to their romcoms very heterosexual. It’s also not the genre for toying around, a romcom doesn’t live or die on it’s plotting it does so on it’s jokes and this film has them. 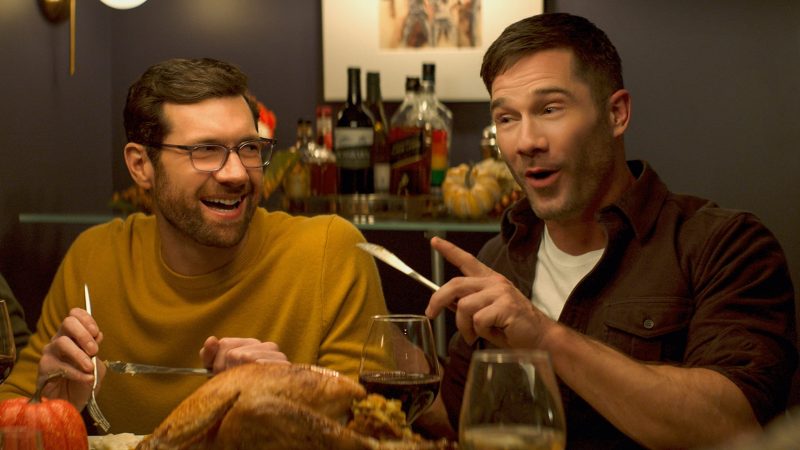 It helps that there is genuine chemistry between Eichner and Macfarlane, key to any good romcom. While quoting the genuine joy of You’ve Got Mail is risky, but the film gets away with it because it has the right mainframe not to step on the film’s toes.

While it’s not the most realistic film in the world, this is because it’s set in romcom land, the same world where Hugh Grant works in a book shop and gets to date a movie star, the one where Hugh Grant is also the Prime Minister.

Bros might not break narrative or thematic boundaries in execution but it succeeds on the strength of the jokes which come thick and fast and the genuine emotion gleamed from Eichner’s faux-Country ballad he performs at the end. It works because it genuinely wants to be a romcom for all audiences that just so happens to be about two dudes falling in love.