Mank review – a gorgeous Hollywood tale for lovers of cinema 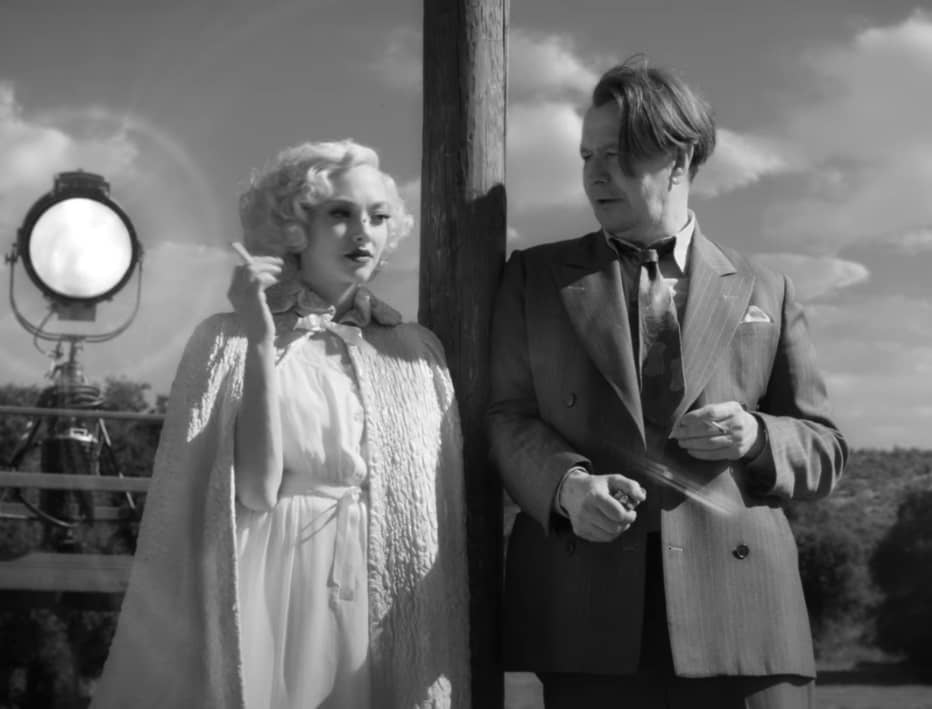 There is an odd feeling of completion around David Fincher’s new film, the eleventh he’s directed. Mank is a film written by his late father, about a film he holds in high regards, it’s produced by Netflix who he essentially helped launch as the premier television drama platform with House of Cards, and it features Gary Oldman in the lead role, a man who was married to the same woman as Fincher.

The film tells the story of Herman J. Mankiewicz, better known as “Mank”, a screenwriter known for his drinking and acerbic wit. Having broken his leg in a car accident, he is approached by Orson Welles to write a screenplay based loosely on the media mogul William Randolph Hearst, a screenplay that would become Citizen Kane.

Fincher is a director of precision, which is why his new film isn’t just a film about movies in the 30s/40s, but is truly a film from that period. His sound design, production design, editing, filming, even the score all feel like they come from that era. As impressive as it was for Quentin Tarantino to ape the style of previous eras’ movies and shows, it’s impressive how well Fincher has turned this film into something feels like it was found on rotation on TCM one night.

The retro-score from Trent Reznor and Atticus Ross is not only uncharacteristic but also feels authentic to the period, from the opening credits to the final still, this is a film that feels like it was made back then and both composers give some of their best work by not trying their usual schtick of ambient sounds. 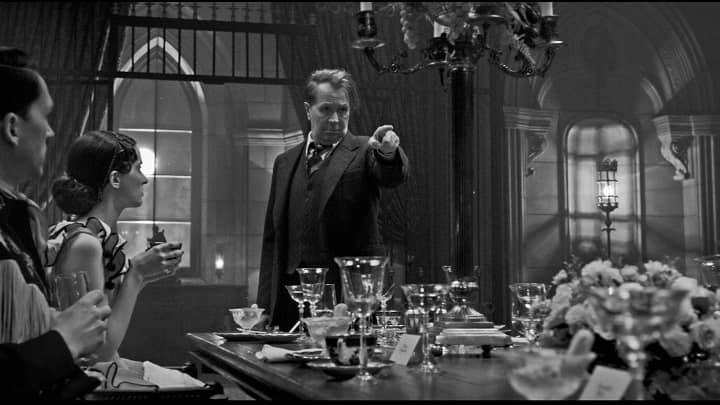 It helps that the screenplay by Fincher’s late father Jack is witty, Mank himself was a witty man and the film is filled with biting lines of humour that endear you to him, the dialogue is fast paced in the style that old films used to have people almost talk over one another. This would be an issue if the meticulous Fincher and his cast weren’t up to it.

Gary Oldman is as strung out as he was as Churchill, but infinitely more compelling as a man so stubborn in his self-destruction that you can root for him, even as he gets himself in over his head. It won’t be a surprise to see him, and Amanda Seyfried as the sympathetic Marion Davies up for some awards. But many people have overlooked Charles Dance’s deliciously ripe portrayal of Hearst who shows up in three scenes to all but snarl at Mank, while Tuppence Middleton is enchanting as Sara, Mank’s wife, she shuns the usual put upon wife for a role of someone who understands the depth of her husband’s genius, but also can see the future path of devastation.

What works about the film is that it loves movies. It’s a film about cinema in the way that Scorsese loves cinema; the allure of Hollywood, the drama of it, and the seedier aspects of it. Hearst is shown here to be almost predatory, cruel in his demeanor, and his use of power over people, while Mank is portrayed as someone who is noble but unable to get past his own sense of self-hatred.

Erik Messerschmidt’s cinematography is gorgeous to look at, capturing the feel you’d want, filling the darkness with the same pitch-black feel of Se7en, while the exteriors have a grandiose sweep to them that captures the old Hollywood feel. What works best of all though is that this is a film about someone doing something that is both in their interest and not in their interest. Citizen Kane will become the greatest film ever made, but Mank won’t reap the rewards even though he’ll win an Oscar for it, and the film’s epilogue reminds us that sometimes people are great but also too stubborn not to destroy themselves.

It might not be the sort of film that casual viewers might enjoy, but for cineastes and those who love being transported away by films, Mank is one of the best of the year, and features a tour-de-force performance from Oldman.