Men in Black: International review – not the worst in the series, but a far cry from the Smith/Lee Jones original 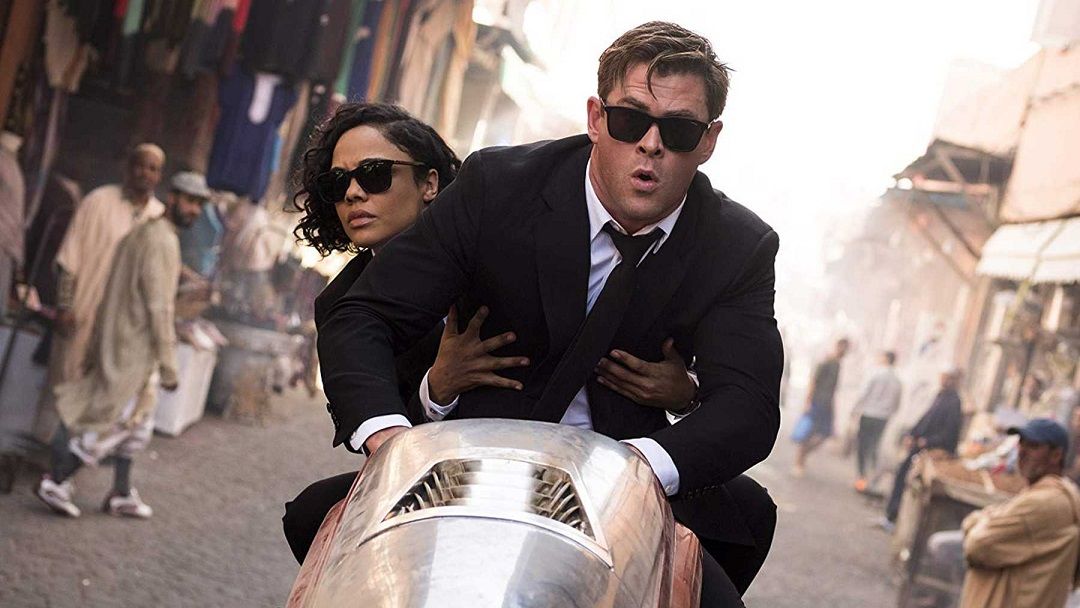 1997’s Men in Black was a fun science fiction comedy romp, in which Barry Sonenfeld took the obscure Malibu comics of a government agency that take care of alien encounters on Earth and turned it into a fun, scrappy Hollywood movie. Will Smith at the height of his powers was the rookie who is taken under the wing of old hat Tommy Lee Jones to bring an end to the bug monster Vincent D’Onofrio — it was a fun film with great quotes and a catchy song to go with it. Two sequels followed, one in which Lara Flynn Boyle played a weird plant monster, and another where Will Smith went back in time to witness Josh Brolin’s spot-on Tommy Lee Jones impression, and now here we are in 2019.

After a lifetime trying to hunt them down, M (Tessa Thompson) finds the Men in Black and is recruited, and sent to London to team up with H (Chris Hemsworth) to stop the Hive — a shapeshifting alien threat that takes them across the globe.

F. Gary Gray, having reignited his failing career (Be Cool, The Italian Job, Law Abiding Citizen) with the one-two punch of Straight Outta Compton and then The Fate of the Furious, comes at this franchise with a steady hand but no personality. Gray is reliable without having any flair, his Fast movie was fun but not insane, lacking anything in the way of OTT joy that outdid previous franchise entries. 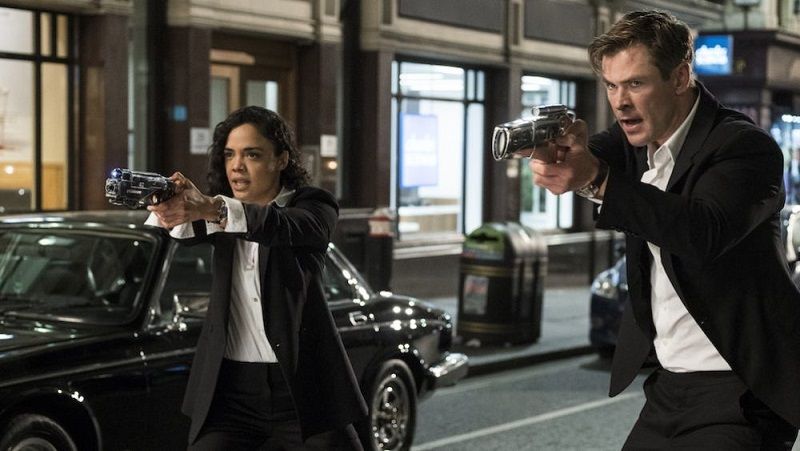 Chris Hemsworth and Tessa Thompson in Men in Black: International

Here the fun of Rick Baker’s amazing makeup is replaced with so-so CGI. The main threat is an impressive firestorm of solar flair, but every other alien looks like botched CGI work. There’s no joy in run-of-the-mill CGI and when the characters are important they should look better.

The acting is all very fine — Hemsworth and Thompson have proven worth since their Ragnarok days, and spark with each other even if they’re playing Thor and Valkyrie as MiB agents, while Liam Neeson and Emma Thompson are given the thankless and witless roles of the head of the organisations – Thompson the only holdover from previous movies, and neither have any fun lines unlike Rip Torn’s gruff boss did in the first two.

The standard-issue alien sidekick Pawnie (Kumail Nanjiani) is the usual show-stealing element, but again, despite the fun and a chess piece style alien that pledges allegiance to a queen, it’s not as funny as the worms or Frank the Pug (which return for cameos).

In fact, a lot of the film is cut-and-paste from the other movies – the world’s most deadly weapon, the murder of an intergalactic royal, the main plot having ties to the veteran’s past – it’s all very same-same. Even some of the gags are the same. We have Eiffel having built the tower as a gateway for aliens so once again landmarks are for aliens, the on-screen gag of a famous person being an alien, this time a groan-worthy Piers Morgan jab (Tessa Thompson says it’s not surprising), it’s a cheap gag although any chance to mock that puffy faced baboon is one we should take.

It’s just not anything, it’s not bad, it’s not an instalment in a franchise like Dark Phoenix that is actively awful, nor is it any good like say, Avengers: Endgame or Shazam!, it’s just fine. Which for a series that boasted such a great first film is not really up to snuff. You’re better off getting the first film on DVD or on Netflix or wherever and watching that again because it’s funnier, scarier and with better effects than this so-so movie.

It’s not the worst of the series, nor the best, it’s just a bit dull and paint by numbers. 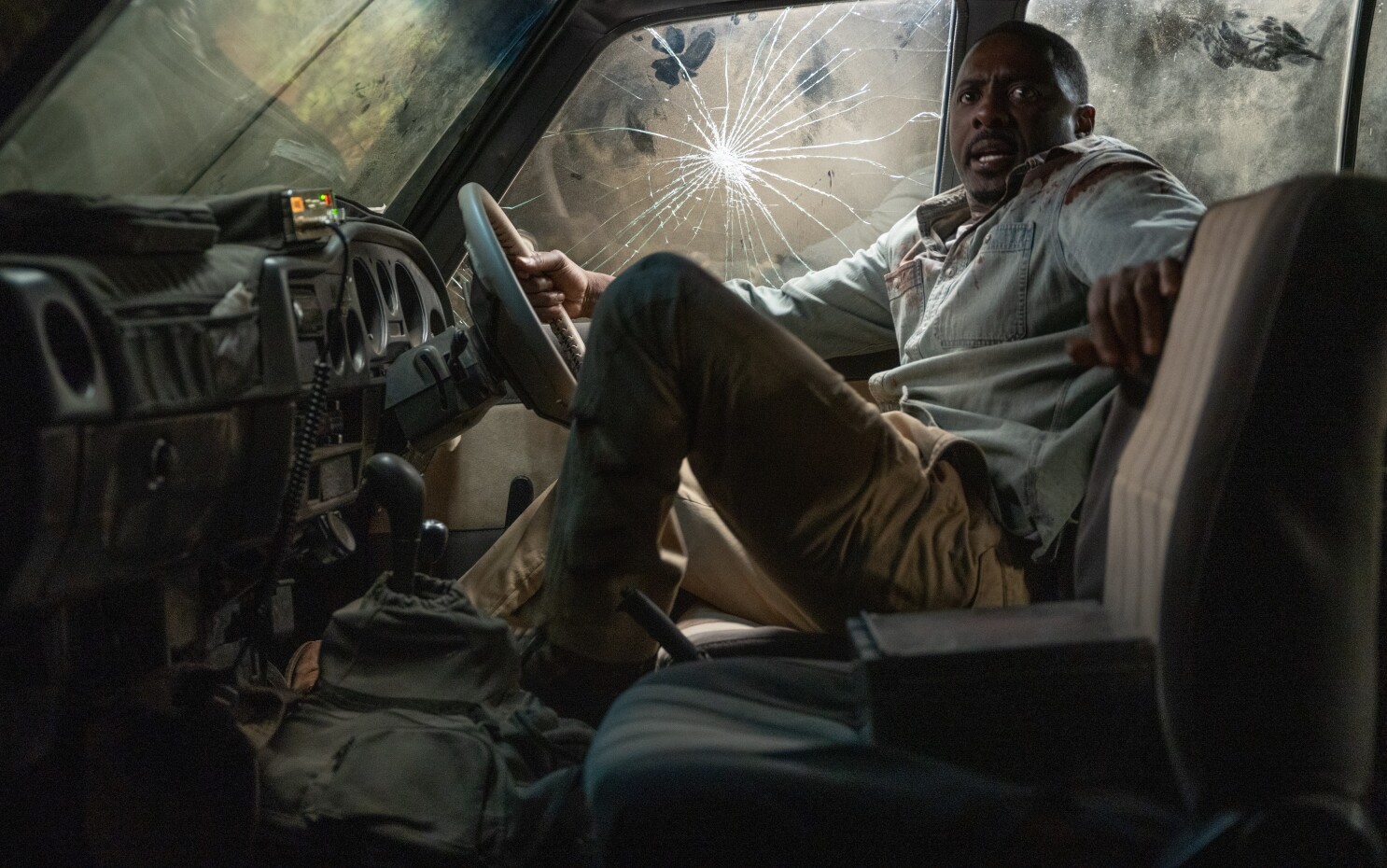 It comes every two or so years where a stripped down thriller pits one actor against one deadly animals. Liam Neeson against wolves in The… Read More »Beast review – classic moments of tension and throw-your-popcorn “gotcha” moment 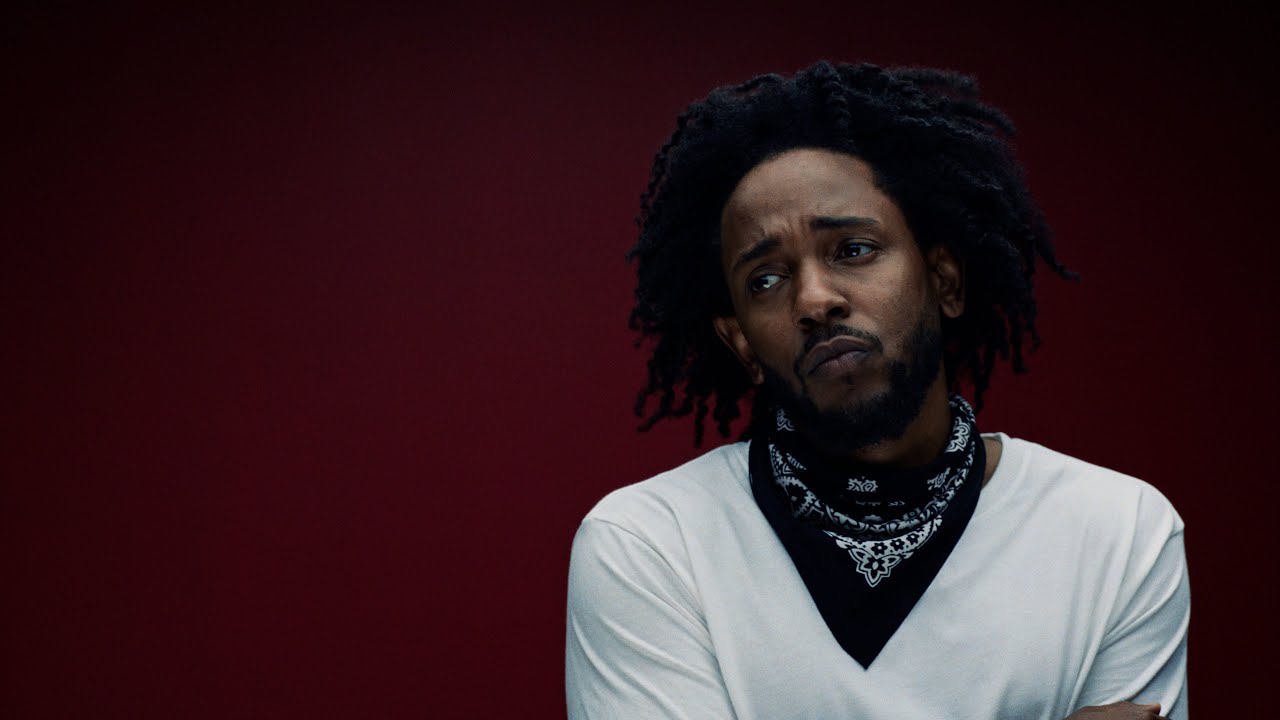 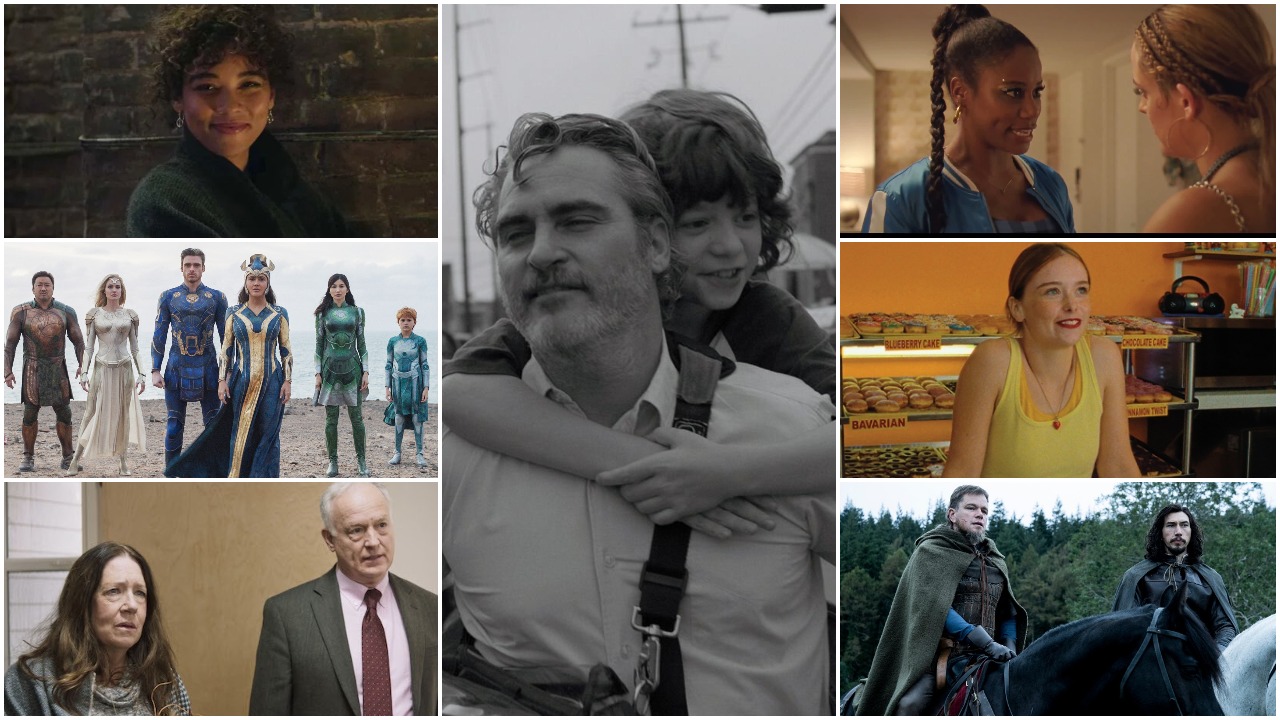