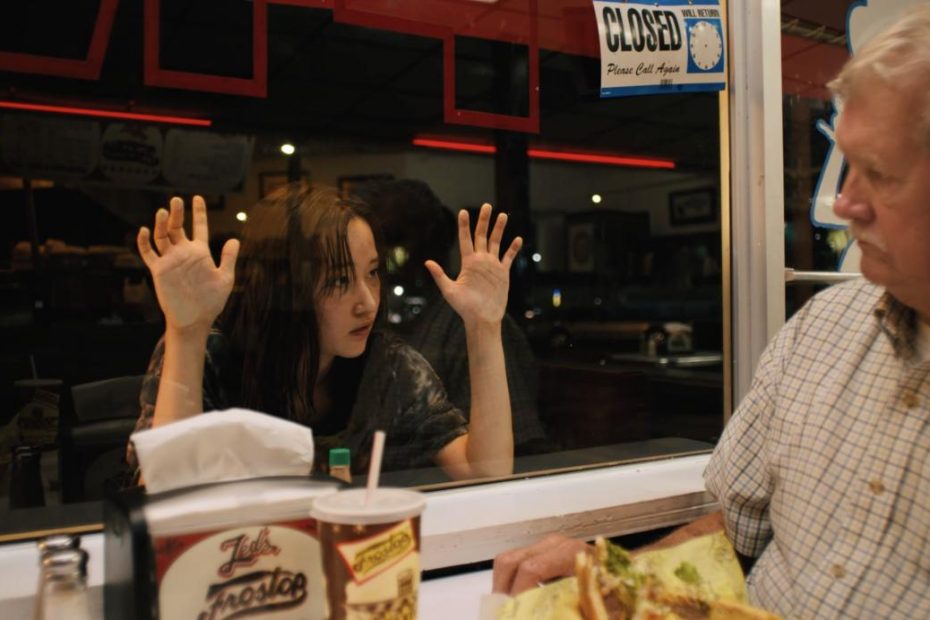 Ana Lily Amirpour made waves with her debut A Girl Walks Home Alone at Night, and while her follow-up The Bad Batch didn’t have quite the same impact, anything coming from Amirpour is to be greeted with some degree of anticipation.

Her new film follows an escaped psychiatric patient Mona Lisa – Jeon Jong-seo – who possesses the power to make people do what she wants. When she runs into a pole dancer and her young son, an unlikely friendship begins.

Amirpour isn’t a director concerned with laying things out immediately; her films unfold at their own pace and don’t conform to standard genre trappings. Here, the Southern Gothic aesthetic is juxtaposed with bright neon and modern music. It’s a world that feels steeped in a history and yet existing in the now. Magical realism is often very hard to do convincingly, but the supernatural element of the film in which Jong-seo forced people to do things with her mind – is played straight as if it simply exists.

Jong-seo isn’t given much dialogue, but her performance transcends a need for words. It’s a performance of someone coming into their own in a new world. The fish-out-of-water stuff is played for laughs, but never at the expense of Mona Lisa, who is unaware but not stupid. As Mona Lisa meets new people, the supporting cast comes to flesh out the offbeat world. 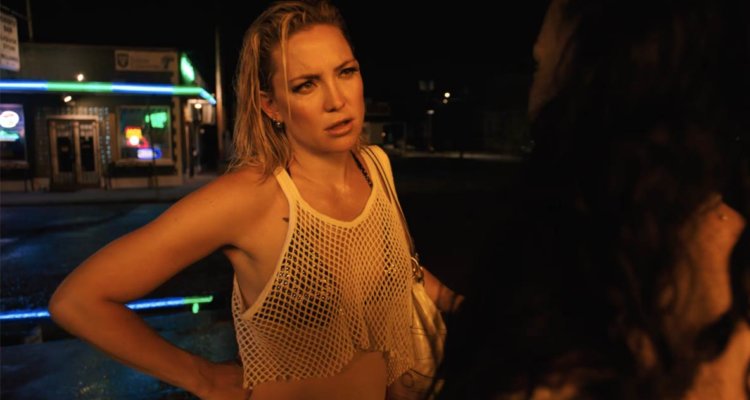 Kate Hudson in Mona Lisa and the Blood Moon.

Kate Hudson as pole dancer Bonnie is an interesting casting choice, Hudson has often been given little to do in films, offered subpar roles but here her performance reminds you of her Oscar-nominated turn in Almost Famous. She’s got the drawl and the attitude and when the times calls for it can muster elements of darkness that nicely undercut the innocence of both Mona and Bonnie’s young son Charlie – Evan Whitten.

The police investigation narrative headed by Craig Robinson isn’t as thrilling or funny as it needs to be. While Robinson can must belly laughs by just shouting “hey”, his hapless officer doesn’t offer a straight-up villain nor a strong enough comic foil.

This is where Ed Skrein comes in. As slacker stoner Fuzz we see a role that in other hands could have become a nasty, or villainous role but Amirpour and Skrein decide to turn him into the ultimate himbo. Skrein steals every scene he’s in as Fuzz, offering great lines like “don’t call me a drug dealer, do I deal drugs? yeah, but that don’t make me a drug dealer. I’m a DJ” with idiot sincerity.

There is an uneasy element in the film. Amirpour isn’t a director that shies away from things, and the objectification of the pole dancing is very much like the booty shots from a Fast & Furious movie, as well as an attack on a woman character that feels far too real for a film that deals in over-the-top archetypes.

The film’s ending, offering bittersweet poetry, might feel a little weird to some and the indie nature of it means that it’s never going to be a huge film. It is, however, a sweet-natured if at times uneven supernatural film that offers more proof that Amirpour is in a league of her own. 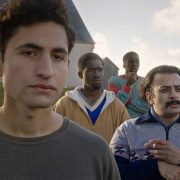 Sharrock’s tale is a frank look at an issue that dominates modern discourse. 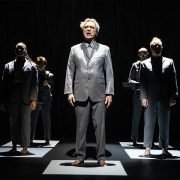 Byrne’s theatre production is made even stronger by some Spike Lee magic. 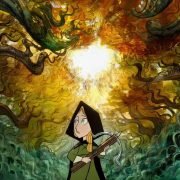 This animation brings a lot of themes and a great story to life.