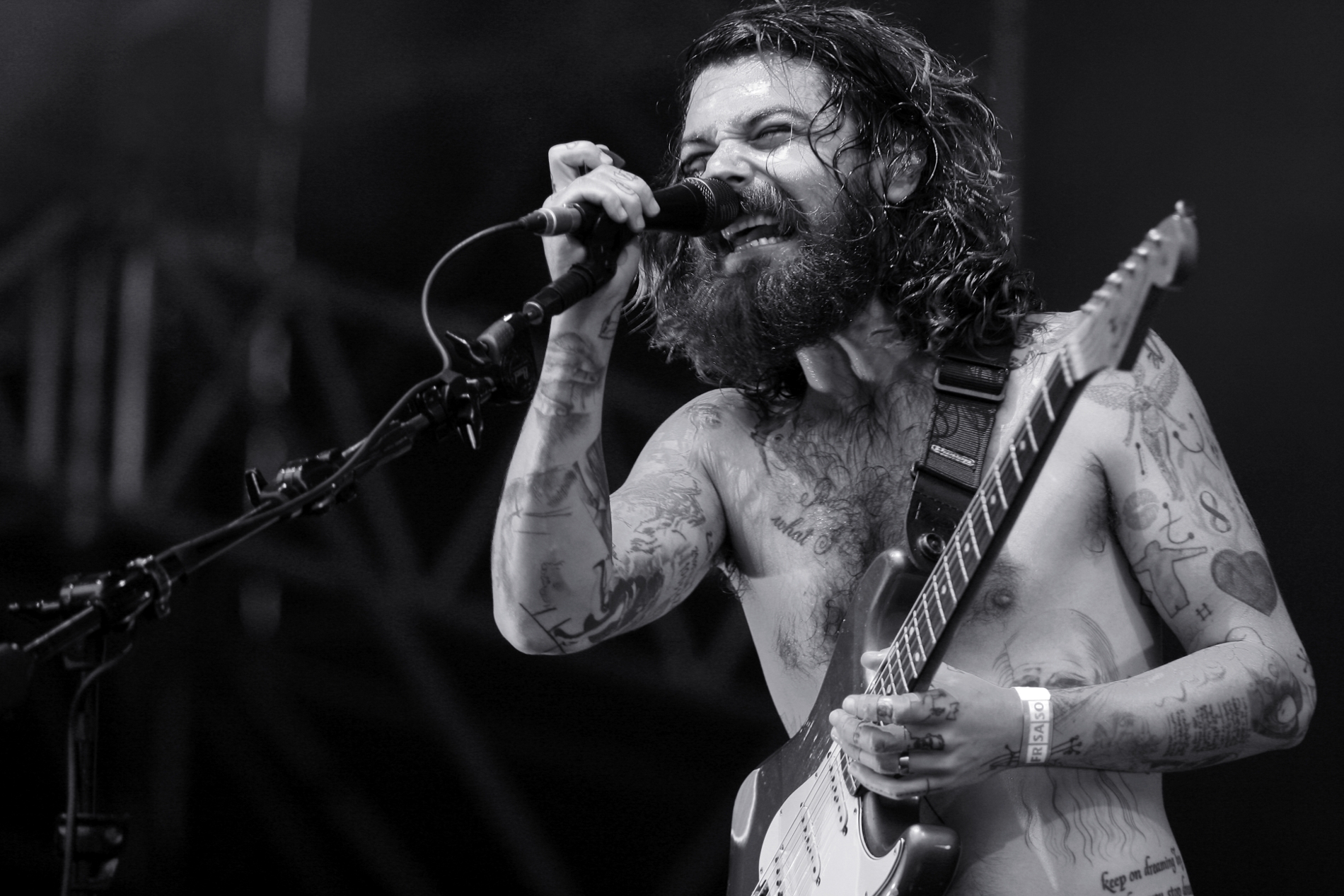 Remembering George A Romero, master of the undead

Music festivals can often be separated by styles and genres . Download festival, for example, exhibits almost exclusively rock acts: metal, punk, hard rock, rap-rock, if it includes loud distorted guitars and crashing drums, there is no better place. Glastonbury, arguably one of the biggest music festivals in the world, includes an array of acts from all genres but the Pyramid Stage exhibits the largest acts in the business. For this reason, you do get some genre cross-over; Metallica played Glastonbury in 2014 and Foo Fighters played in 2017. When a band gets large enough to headline Glastonbury, they are usually not seen at Download for a while. Why play there when you can perform at the most famous, most televised and most watched festival in the world? For this reason, one doesn’t immediately sit up and take note when Biffy Clyro headline both Download festival, and feature at the top of Glastonbury’s bill, as they did this year. It’s been a busy year for the band to be sure, and they’ve put in a lot of hard work transcending the barrier between the different crowds at these two festivals.

Childhood friends Simon Neil and twin brothers James and Ben Johnson have been writing and performing in the form of ‘Biffy Clyro’ since 1995, over two decades of history soaked in edgy, progressive, experimental, and outright mental records trying to find themselves and an audience for their music. Even their name, a simple spoonerism of a Cliff Richard biro pen they had the young entrepreneurial idea to make (with the ingenious plan to call them Cliffy Biros), is a strange and whimsical insight into their minds.

Their first three albums, releasing annually from 2002 to 2004 gave them a foot in the door, expanding their fan base and enabling them to begin touring properly. From these first albums, we get a glimpse at the songwriting potential in the band with songs such as ‘57’, ‘Justboy’ and ‘Glitter and Trauma’ delivering complex rhythms, hard hitting sections and loud, tuneful chorus’ begging the listener to sing along. Around this time we were also given unhinged pieces, a quality that the band have always kept up, but never to this level of songwriting.

Despite completing the feat of three albums with independent record label Beggars Banquet, it was only after releasing their fourth album Puzzle, in 2007, with major record label subsidiary 14th Floor Records, that their songwriting ability really came into their own. With riffs that were more accessible to listeners, and more of those big chorus songs like ‘Who’s got a match?’, along with ballads such as ‘Folding Stars’ Biffy were brought into the limelight of mainstream radio. Of course, signing to a major label gave the band a boost in the industry, but this firmer hand helped the band find their strengths without losing their unbalanced touch that makes them so fascinating.

Biffy Clyro’s mainstream success began to take off more through Only Revolutions, their 2010 album, with singles such as ‘Many of Horror’, ‘Mountains’ and ‘The Captain’ still getting plenty of airtime to date. 2010-11 was a show of the bands great success, when Biffy could headline arenas, like London’s Wembley Stadium, which can hold 90,000 fans. Performances have always been a key element of the trio’s image, commonly featuring complex light displays, large screens with mesmerising live video overlays. Not to mention the fact that they almost always stripped to the waist, showing off their heavily tattooed bodies.

Once Biffy Clyro were on this high trajectory of success, there was no stopping them – with their next move being a double album, a huge feat for any band. Their sixth studio album Opposites peaks the bands use of orchestration and sometimes uncommon use instruments or sounds such as kazoos in ‘Little Hospitals’ and tap dancing in ‘Trumpet or Tap’. The album shows the group’s ability to create large compositions whilst keeping their hard-hitting nature, with complex time signatures and raw tones. The album featured more anthemic hits such as ‘Biblical’ and ‘Black Chandelier’, which could be heard being sung back at the stage ten times louder at many of the largest music festivals in the UK and Europe.

After such a large production of their previous album, the three said in a film documenting the making of Opposites that they would not carry on in the same way, stating that they had took that avenue of their music to its apogee. We hear this in their 2016 album Ellipsis where we hear a focus on the stripped back band, but this time capitalising more on studio effects. The band mention in interviews how they wanted to approach the studio in a new way, as heard in effects in the track ‘On a Bang’ where we hear a few computer-generated effects that add to the industrial sound of the song.

Some people will quickly attribute Biffy Clyro’s now large fame to their changing of style – some may even call it selling out. However, looking at the people: Simon, Ben and James, the truth is that they have simply developed as songwriters and as a band. With plenty of hits under their belts, they have a plethora of songs that can be enjoyed by a range of listeners. Songs such as ‘Opposites’ could be enjoyed by those who do not even listen to rock music and from the same album; ‘Stingin’ Belle’ would be liked by those who appreciate the heavier side of the alternative-rock scene. For this reason, they have the power to perform wherever they want and resonate with the whole audience in one way, or another.

Read next:
All Biffy Clyro albums ranked, from best to worst

Biffy Clyro have always been a band that you simply cannot put in one box, and their different albums show that they’re not looking to stay the same for anyone. They know how to make people sing along to their weird and wonderful lyrics, ignoring any anthem norm telling them they can’t put that time signature here, or play that rhythm there, and that makes them dangerous. So, as they say, ‘Mon the biff’.

All Biffy Clyro albums ranked, from best to worst