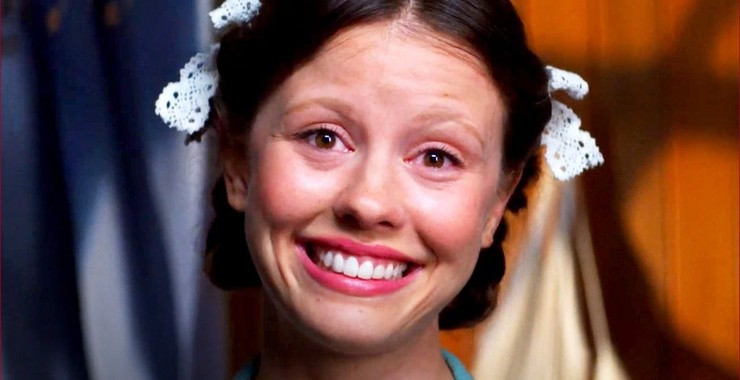 When Ti West dropped his porno-slasher movie X earlier this year it was a surprise hit with tits, gore, Kid Cudi’s massive wang and a surprisingly emotional look at the ageing process. The success was made more by the news that West and his star Mia Goth who pulled double duty in the film had shot a secret prequel that was just waiting to go.

Pearl follows the old killer from the previous film back in 1918, while her husband Howard is away fighting in the war and a deadly pandemic tears through the country Pearl dreams of leaving her farm life, and overbearing German mother Ruth for a life as a star, the life she believes she’s destined for.

West’s ability as a director has to be commended, not only does he knows how to pace a film to build maximum tension but his previous works have shown an uncanny ability to ape the style of eras past. From the 80s video-nasty style shocks of The House of the Devil to the 70s Grindhouse aesthetic of X, he’s shown an ability to not just make a film set in an era, but a make film from that era.

With Pearl he gets the 50s style melodrama down to perfection. The Douglas Sirk yearning for a technicolour age, that was lest we forget referred to as Women’s Pictures. At times the sky appears to be a matte painting, a picture perfect version of nostalgia, while the colours feel hyper real.

Into this comes Mia Goth. Brilliant in her previous turn, here she gives a performance for the horror ages. No doubt the film will be overlooked come awards season but her turn as Pearl is one of the year’s best performances. The way she modulates from barely repressed rage to emotional fragility is impressive and underlined by a knowledge that this can only go one way. 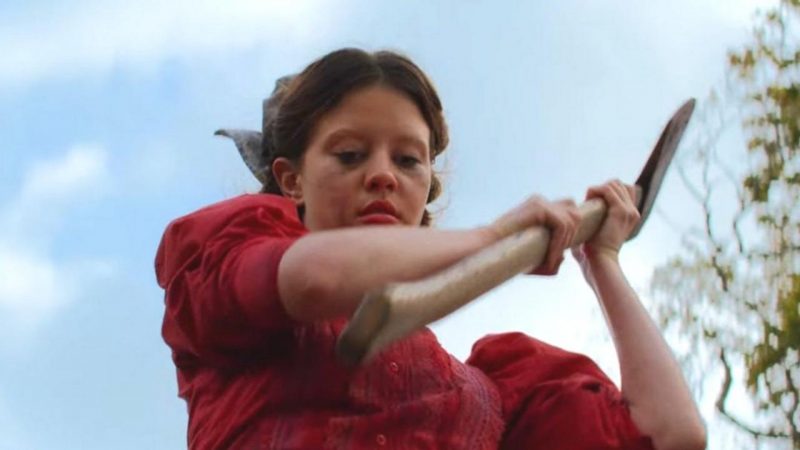 This is a less fun film than X owing to the sort of story it’s telling, and wonderfully isn’t bogged down by setting up references to the original film. Instead it stands alone as a melodrama that keeps turning into a slasher film. A loving ode to cinema past while also having a thick vein of criticism for the way it painted a world where “anyone can be a star!”

The score, by Tyler Bates and Tim Williams, aids this. It feels like the sweeting tones you’d hear in the old fashioned movies, and the graceful way that Goth moves helps to underline this.

While the film doesn’t have the strange melancholy of the film before, it has this barely repressed manic energy. The mid-section turns the film into a full force gothic Mommie Dearest style drama, replete with over the top bitch slaps, the type that would make the cast of Dynasty blush.

As a prequel it reminds us that the first film, despite being only a few months past, really was a surprise treat, and offers us hope that when maXXXine comes around Goth and West can deliver another triumphant mash up.

Pearl might not be a star, but Mia Goth certain is. Never before has a smile been laced with so much threat and tragedy