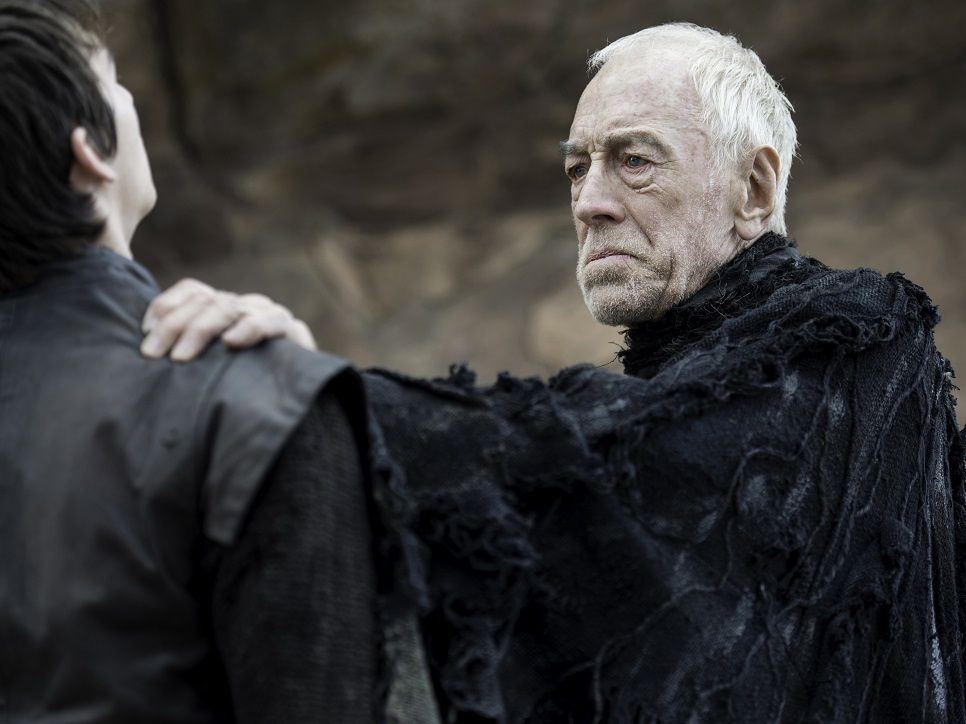 Over the year’s we’ve paid tribute to a great many actors and directors who have passed away, but few are as lauded, loved and prolific as Max von Sydow, who has passed away aged 90. The Swedish actor, known for his imposing height and slender build, has been an icon of the screen for some seventy years.

Born Carl Adolf von Sydow in April 1929, he made his debut in 1949’s Alf Sjoberg film Only a Mother — two years later he would retime with Sjoberg again two years later for Miss Julie — though it wouldn’t be until 1957 that he would make his first film with legendary director Ingmar Bergman, and cement himself an icon of world cinema as Antonius Black the medieval knight who plays a game against Death in The Seventh Seal.

Von Sydow received rave reviews for many of his performances, and across his career won nominations for major categories. He was nominated for the Academy Award twice, one for Best Actor in 1989 for Pelle the Conqueror, and again in 2012 this time for Supporting Actor for 9/11 drama Extremely Loud & Incredibly Close, a role for which he doesn’t speak.

He was nominated for two Golden Globes, Best Actor in a Drama for Hawaii in 1967, and then again in 1974 for Supporting Actor for playing noble priest Lankester Merrin in William Friedkin’s The Exorcist in 1974. His two Emmy nominations include Best Actor in a Limited Series or TV Movie in 1990 for Red King, White Knight as well as in 2016 for Guest Actor in a Drama Series for Game of Thrones.

For many their introduction to von Sydow would be in the form of genre films, no stranger to a horror or science fiction fantasy film – in the title role as the priest desperate to expel the demonic presence within a young girl as The Exorcist, or turns as villainous Ming the Merciless in camp classic Flash Gordon.

His other genre roles include Harry Haller in little scene Steppenwolf, the enigmatic Joubert in Sydney Pollack’s conspiracy thriller Three Days of the Condor, in Bond remake Never Say Never Again where he was Blofeld, as well as King Osric in John Milius’ 1982 Conan the Barbarian, sports-war-drama Escape to Victory directed by John Huston, and a supporting turn in Woody Allen film Hannah and her Sisters.

His cult roles, including epic Dune (1984), Awakenings (1990) and badly received Judge Dredd (1995) managed to further his name. Owning the distinction of playing both Jesus Christ in The Greatest Story Ever Told (1965), and Satan in the form of charming but evil Leland Gaunt in Stephen King thriller Needful Things (1993) for which he received positive reviews despite the film being slammed furthered him as a character actor.

Post-00s his work rate slowed but his work in science fiction and fantasy films managed to keep him a popular cult icon. Steven Spielberg cast him in underrated sci-fi thriller Minority Report (2002), he starred in comedy sequel Rush Hour 3 (2007), Julian Schnabel drama The Diving Bell and the Butterfly (2007), as well as fantasy action Solomon Kane (2009).

In 2010 he teamed with both Sir Ridley Scott for a key supporting role in Robin Hood for which his performance was overlooked but largely brilliant, and as sinister Dr Jeremiah Naehring in Martin Scorsese thriller Shutter Island. After his 2011 nomination for the Stephen Daldry drama, his output slowed though he joined the cast of Game of Thrones as the Three-Eyed Raven, as well as lending his resonant voice to video game The Elder Scrolls V: Skyrim. His last mainstream role was a beginning cameo in Star Wars: The Force Awakens, while his final film Echoes of the Past is yet to be released.

Known for his gentle nature, deep imposing voice, and passion regardless of the project made his a gold standard of what an actor should be and easily the benchmark for alternative leading men. Yet, despite the works with Bergman, and his iconic status, his best roles were the ones where he was able to be fully let off the chain, to go really enjoy himself. So, despite the bad reviews, and being largely forgotten, it might be his turn as Gaunt that people return to in his memory.

Von Sydow was the proof that those who delight in playing villains are often the sweetest, nicest people around. Survived by four children, and a filmography longer than most people DVD collections, be him Ming or Antonius, in sci-fi or drama, everyone has their Max von Sydow film to return to in his memory.

Of him, his Hawaii co-star Julie Andrews said “He was the unqualified front runner — the most generous man I’ve ever met. And he had such a lovely light sense of humour. I consider it a privilege to have worked with him.” Anyone endorsed by Mary Poppins is okay with us.

Someone check on Mark Kermode before he sobs on his The Exorcist DVD. We salute you MVS, and will watch a camp classic in your honour.