Is social media use fueling a rise in eating disorders? 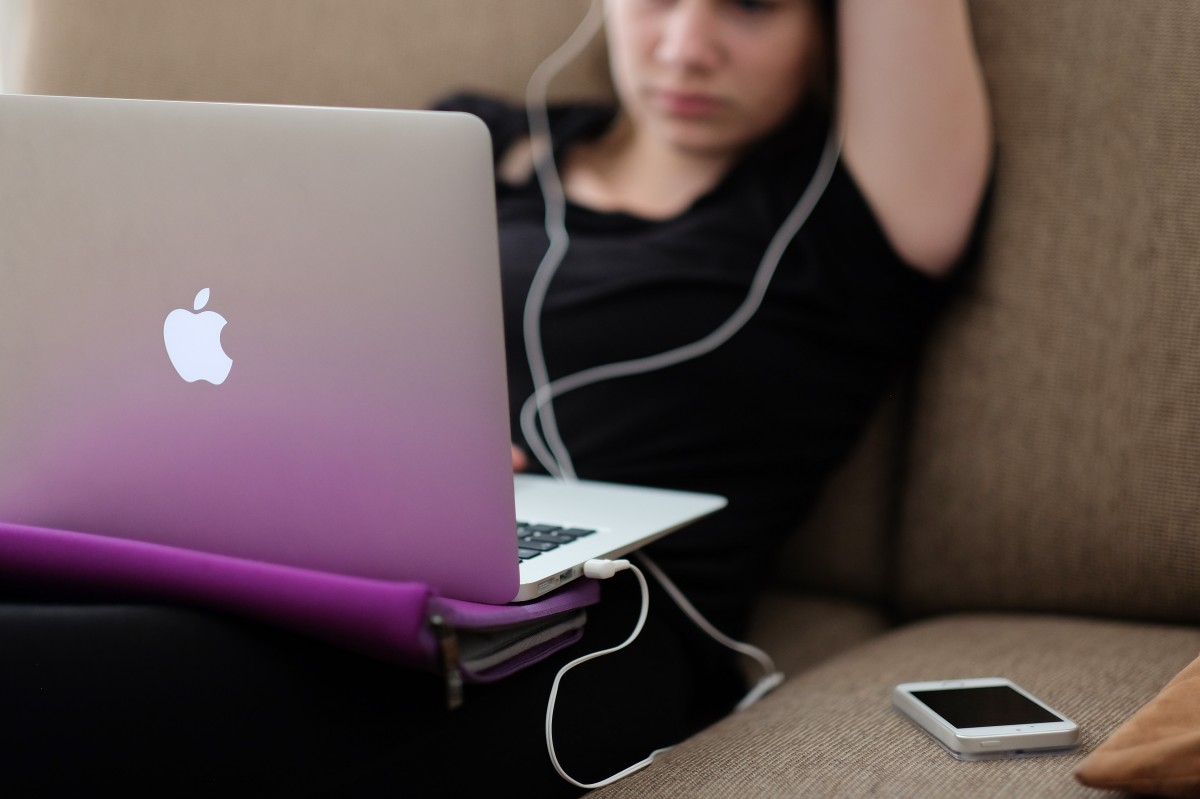 Social media celebrities, or ‘influencers’, especially those who portray an unrealistic expectation of physical beauty, have been blamed for creating eating disorders in some people, including ‘orthorexia’. Are disorders on the rise? Is social media partly to blame, or are other factors at play?

Another day, another Instagram post. Over the past decade we have seen social media sites evolve tremendously and, like it or not, they are very much here to stay. To many, they are a vital part of life.

To those of us who are already familiar with the aforementioned social media, we know how people like to document their lives online, posting pictures of themselves etc. However, the lifestyles which are often being portrayed online are usually heavily edited, only featuring a selection of the very best bits, photos are often filtered and photoshopped so that they look nothing less than perfect, projecting this image of a “perfect” life to all of their followers, when in reality, the truth is, their life is most likely far from perfect, exactly as it is for the rest of us. 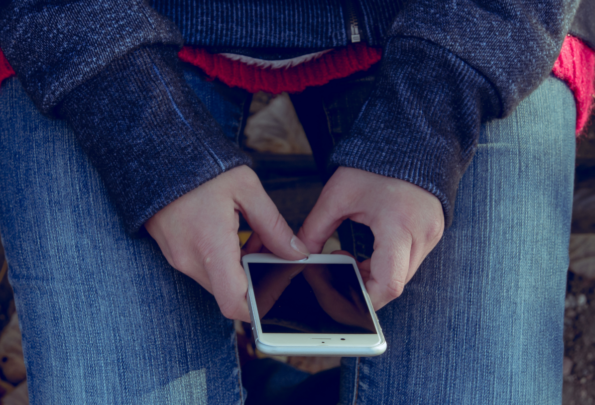 However, it is this notion of creating the “insta perfect” lifestyles online that is helping to contribute – and often causing – more and more alarmingly worrying cases of depression, particularly amongst young people, who feel disheartened every time they log in to their own profiles, feeling inadequate and that their own lives do not add up to those of their peers. This often leads to a sense of failure within themselves, often unaware that for these people their own lives are probably far from how they are portrayed to be online, very much like themselves.

With this in mind, we are led onto another issue that can occur from overuse of social media.  Image awareness. the aforementioned selfies are often filtered to make them appear perfect – the same goes for full length images. More and more people are beginning to document their weight loss and healthy eating regimes, combined with gym selfies. Whilst many do this genuinely to promote a healthier lifestyle and to inspire and motivate others, as well as for their own personal gains, to track their progress and  through boosting their own self esteem to show how far they have come, this can be the downfall to many, feeling that the quest for the “perfect” body is striving to achieve something which is unrealistic and unobtainable without resorting to drastic measures.

Here is where “orthorexia” comes in.

Chances are that have probably never heard of the term before; It was defined in 1997 as: “a condition that includes symptoms of obsessive behaviour in pursuit of a healthy diet.”

Whereas the long-established eating disorders such as anorexia and bulimia involve starving yourself in a desperate bid to lose weight, and binge eating to the point where you make yourself feel so guilty that you throw up deliberately afterwards, Orthorexia is the obsession with the trend of eating clean.

Many are adopting the ‘eat clean’ way of life now, which basically involves eating a diet full of fresh, real ingredients. Fine when done in moderation, however many are taking it to such extreme levels that it means interfering significantly with their normal, everyday lives, preventing them from enjoying the things they love and affecting their friendships and relationships.

A July 2017 article in The Daily Mail featured the story of UK food blogger Daniella Isaacs, who states that “she became an instagram foodie star” after she, like many others, started dieting and exercise,  which then became a routine giving her a sense of purpose. However, what later ensued was her taking things too far, to the point where she became obsessed by eating clean to the point where she lost her sex drive, she developed orange hands from eating so much butternut squash, getting up extremely early to go to the gym or attend a spin class. She became spurred on to continue her efforts by the amount of likes her bikini photos received, the number of compliments she had telling her how “thin” and “amazing” she looked. 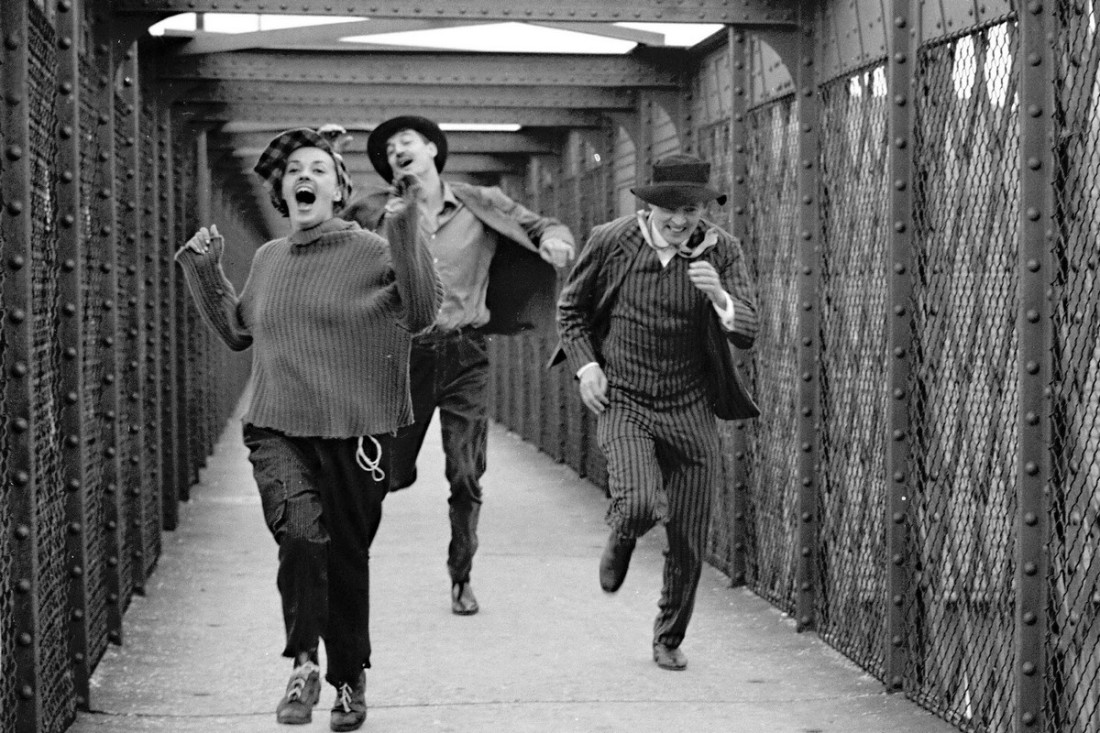 This story speaks mass volumes about the effect that social media has on our society as a whole. It is clear to see how such things can pose a danger online. Many impressionable teenagers and young adults use social media on a daily basis, and so seeing such things is enough for them to want to do the same. Anyone really unhappy with their figure and who sees someone on instagram with a ‘perfect’ figure is of course going to want to copy whatever they have done and documented so frequently on how they achieved it to gain the same results themselves.

With more and more of us caught up in this never ending cycle that is the social media circus, everyone is in constant competition with one another, over who can post the best holiday photos, the most glamorous selfies, and achieve the best bikini beach body. Many young, insecure people is bound to become swept away by this frenzy of sensationalism, many who, undoubtedly, like Daniella, rely on the amount of comments and likes that their posts receive to boost their self-esteem. This is surely an unhealthy frame of mind for anybody to be in.

Balancing the argument, whilst many spikes in eating disorders have been reported in the last few years, there are other  sources which stress that they do not originate from social media use alone.

I personally believe that in order to be so heavily influenced by social media you must be feel a sense of under achievement, or failure in your own life, which more than likely isn’t the case. Upon reading the article, Daniella herself mentioned that when she left drama school aged 21, she thought that “as soon as I left I’d become a successful actress and earn lots of money.”

These thoughts apply to many. Lots of youngsters graduate from university expecting to fall straight away into their dream job. However, with things factors like the aftermath of the recession and too much stiff competition from other graduates, this is seldom the case.

So it is no wonder young people are feeling disillusioned with, maybe even let down by life, so resort to these drastic measures to feel that they are actually achieving something. Many do so by eating clean and losing weight in the process. In addition to this, they may be trying to compensate for not having achieved other personal goals, or even a traumatic event such as the death of a loved one, feeling depressed or as a result of bullying. These people may simply live chaotic, unsettled lives, and so but they can take comfort in the knowledge that what they eat and how much they exercise is their one constant source of reliance. Something they can succeed in doing well.

There are some cases of Instagram stars turning their backs on obsessive clean living and choosing instead to document the ‘truth’ of their picture-perfect selves.

Essena O’Neill, an Instagram star who in 2015 had over 600,000 followers, chose to re-write captions for old photos documenting the truth behind them – explaining how she was feeling the day they were taken, and how she manipulated the images to look better. This has earned her praise and even further popularity, which could indicate that some parts of the social media movement are headed in the right direction. 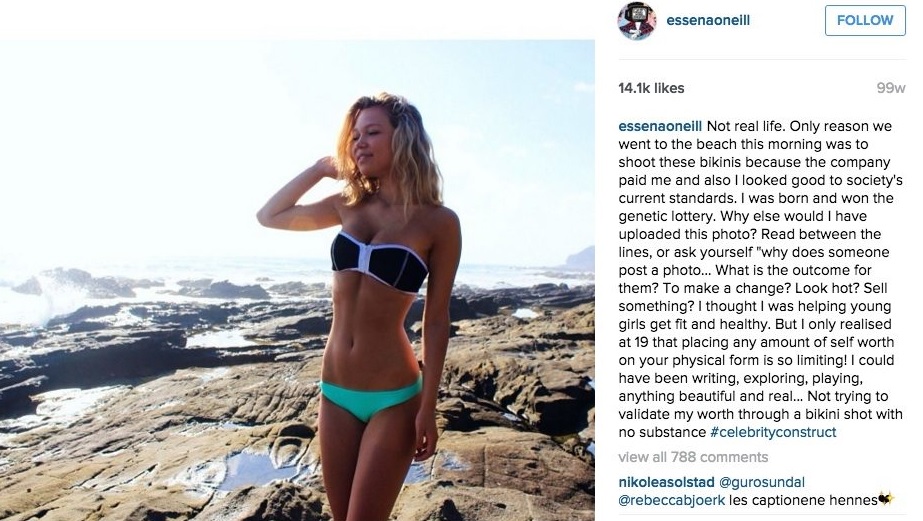 Aside, from social networks, more traditional forms of media also have their share of the blame. Magazines are forever putting pictures of celebrities in bikinis front and centre. Some flattering shots are often used as part of a “how I slimmed down from a size 16 to an 8” feature, or some not so flattering shots purposely use bad angles to allege that they have gained weight. More often than not, said women are far from being overweight, so what sort of an example is this setting to young women who are of a similar shape or bigger and who are already feeling insecure about their weight? With this in mind, those sort of articles are also going to contribute to eating disorders and low self esteem.

Overall, what is clear is that whilst social media certainly is a contributing factor towards creating eating disorders in some people, and that said eating disorders are, infact, on the rise, a vital component to be taken into consideration is the state of mind of an individual in the first place.

A person who is feeling unfilled and dissatisfied with their own life is more likely to be looking to achieve a sense of fulfilment elsewhere. In order to be in control of their lives they may find that they are more vulnerable to falling prey to these social media “celebrities,” and can try to take hold of their lives with the one thing that they can control: food and exercise. For people who are genuinely feeling this way, we can all hope and pray that they seek the correct help, even just talking things through with a close family member or a friend and for others to reach out to people who appear to be feeling inadequate or down. 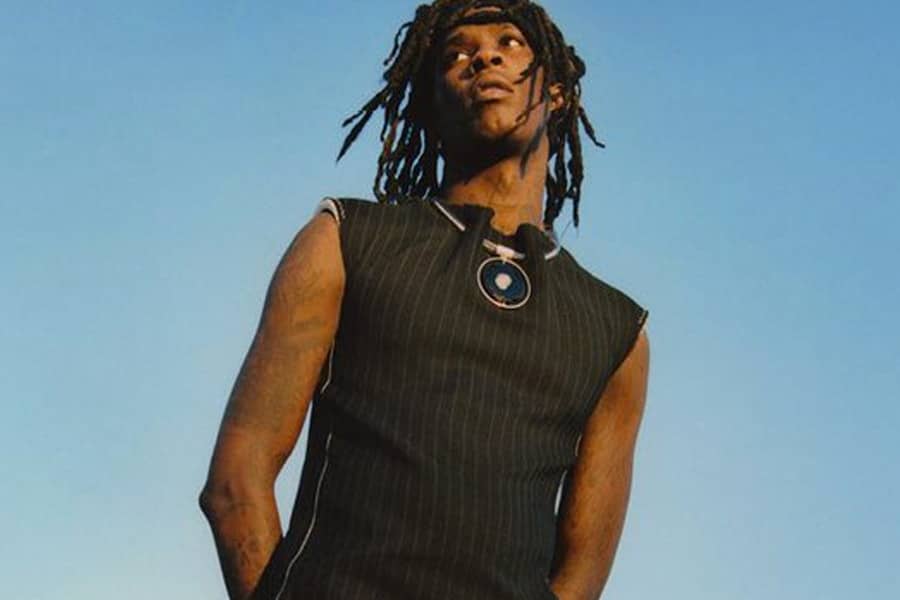