Spiral: from the book of Saw review – an interesting diversion with some appeal for non-Saw fans 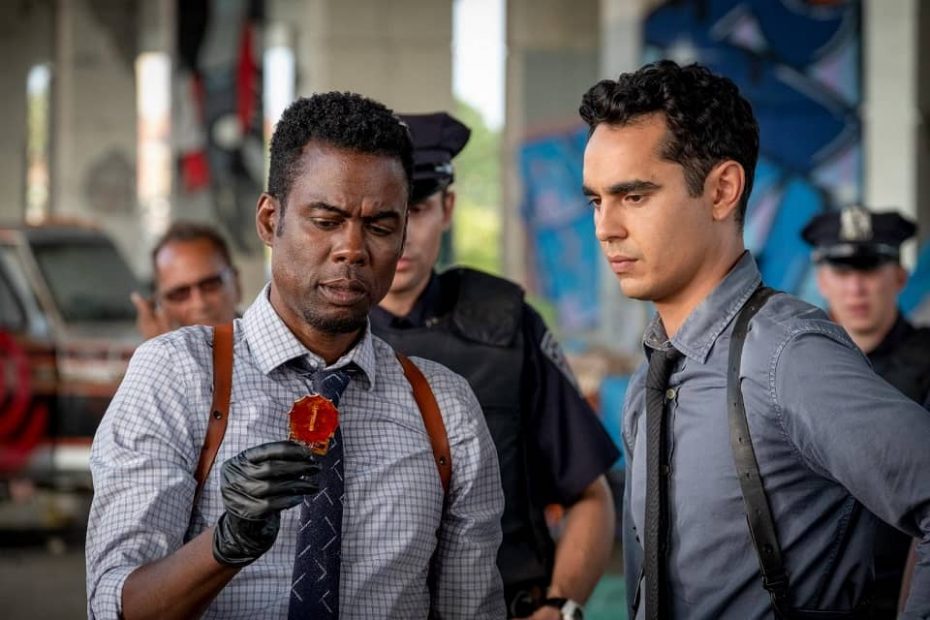 When the Saw franchise first appeared, it was a low budget extension of a student short film by two Australian nobodies, populated by B-movie actors. Although James Wan produced the following films in a hands-off manner, and Leigh Whannell stayed to co-write Saw II and pen Saw III, the series became hallmarked by excessive torture and the occasional appearance of another b-movie star. After experiencing a sort of reboot with 2017’s Jigsaw, this new instalment is much more of an adjunct addition to the series than an out-and-out sequel.

Spiral: from the book of Saw follows lone good cop Ezekiel “Zeke” Banks, son of lauded police captain Marcus Banks, who has been outcast since ratting out a dirty cop. Paired with a rookie, Shenk, they begin to uncover a long line of new killings that may or may not be inspired by John Kramer’s original M.O.

Chris Rock spoke of meeting the producers at a wedding, and pitching them the idea for this new movie in the series, in addition to him having the starring role. Rock also executive produces and has polished the script itself, and it’s hard to not see his fingerprints. His introduction after a gnarly opening death is a long conversation about the implications of Forest Gump and the un-correct usage of the word “retard”. It’s funny, and a vein of black humour does run through the rest of the film. 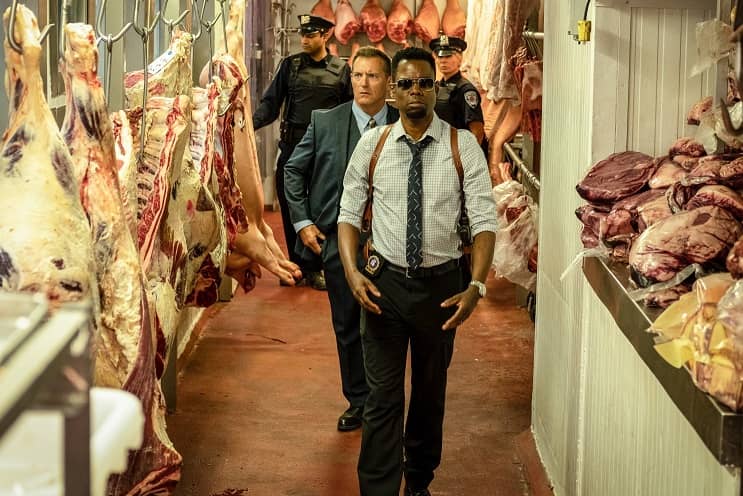 Chris Rock in Spiral: From the Book of Saw.

Director Darren Lynn Bousman, who co-wrote Saw II and directed II, III and IV returns here but his direction is much slicker. Taking a cue from previous directors The Spierig Brothers, this is a much slicker looking film. Gone are the grotty interiors, cheapo sets and lightning provided by green and muddy brown. This has the feel of a slick throwback film, and the film is lovingly throwback to cop thrillers.

By no fault of the film, it appears to be out of step with popular feeling. Due to be released last year pre-George Floyd and the big BLM movement, a film about a lone “good cop” feels like something that doesn’t need to be done. Similarly, the underlining theme of police corruption and the new killer going after detectives who are dirty is interesting, but again feels like it might not be the time for it.

The chronology of the film is so confused that Zeke at one point says “Jigsaw never targeted cops”; this is made all the stranger by the fact that not only did Jigsaw target cops, two of the three films Bousman himself director were about cops being targeted by Jigsaw.

The traps this time are much less exploitative and attention has been paid to a more philosophical reason for them, they’re torture and some are very wince inducing but the reasoning makes sense in the heightened world. It also helps that with less emphasis on the gore, the scenes where it occurs hits deeper. Similarly the change of the pig-mask voice is very sinister, it lacks the haunting quality of Bell’s raspy Billy the Puppet but it works well enough in small doses.

Similarly, the cast members are all great. Rock acquits himself well to the heavy scenes as well as some of the comedic scenes, while Samuel L. Jackson offers effortless cool in a few scenes. Similarly, Max Minghella and Marisol Nichols who round out the principal cast are good and it’s clear that everyone in the film is having fun. It still feels weird seeing A-list actors like Rock and Jackson headlining a film whose biggest name to date was Danny Glover.

The “twist” is a little obvious from the minute things start to happen and yet when the iconic “Hello Zepp” music kicks in it’s hard not to feel the nostalgia that comes from the series. It’s less slavish to the series than Jigsaw and doesn’t muddy the continuity as that film did, but it also feels like it’s lacking without Tobin Bell’s near-Shakespearean take on Jigsaw.

If this is to start a new series (and the ending is definitely open enough for Spiral 2) then it puts it in good stead to learn from mistakes and make a stronger part two, if not and the series wants to go back to basics and away from this then it’ll remain an interesting diversion. Like its title, the film is so much Saw 9 as a film that takes its lead from Saw but does its own thing. It’s a different game, but certainly one worth checking out for horror fans and Saw fans alike.