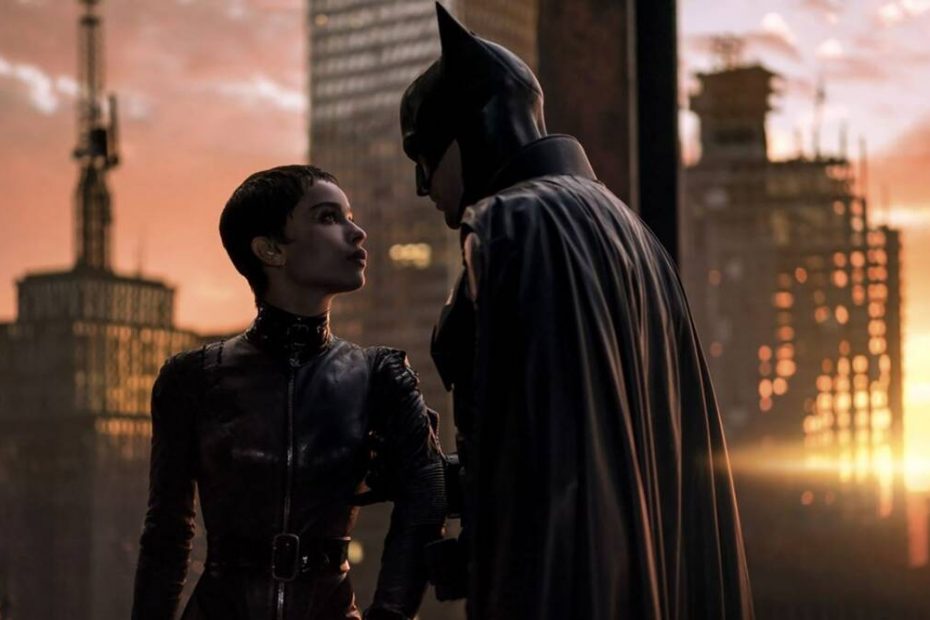 News of rebooting the Batman brand is always exciting; he’s a big name in the world of comics with arguably the most interesting villains line up there is. So the news that — hot off the success of both Dawn and War for the Planet of the Apes — Matt Reeves was going to write and direct a reboot, was met with applause. What’s more, it would be separate from the world of the DCEU and a year-two story of Gotham’s caped crusader.

Finding Bruce Wayne in the middle of driving himself into the ground fighting crime, Gotham readies itself for a mayoral election when a serial killer known only as The Riddler begins gunning for the elite. Batman, and a woman named Selina team up to get to the bottom of what this mad man is really trying to expose.

From the off, this is another triumph for Reeves. Writing, directing and producing, he is on top form bringing the dark political savvy he gave the Ape saga to Gotham city. This time around it’s a slightly more stylised version. The film is a mish-mash of inspirations. The over-the-top style of Burton with the political intrigue of Nolan mixed with David Fincher’s Seven for good measure. Reeves tells an epic crime conspiracy that feels like Fincher’s masterpiece with a guy dressed as a bat in the middle of it.

For his money, Pattinson is on top form. He’s a rundown and on the edge as he was in the Safdie Brother’s Good Time, while bringing that muscular aggression he had in The Lighthouse. While the film lacks an external life for Bruce, this is an early days story that opts to instead put the focus on his desire to bring down this serial killer and in turn have his own presumptions tested. It helps that he has sizzling chemistry with Zoe Kravitz as Catwoman. The two burn the screen when they’re on and they’re scenes are both intriguing and mesmerising in equal measure. 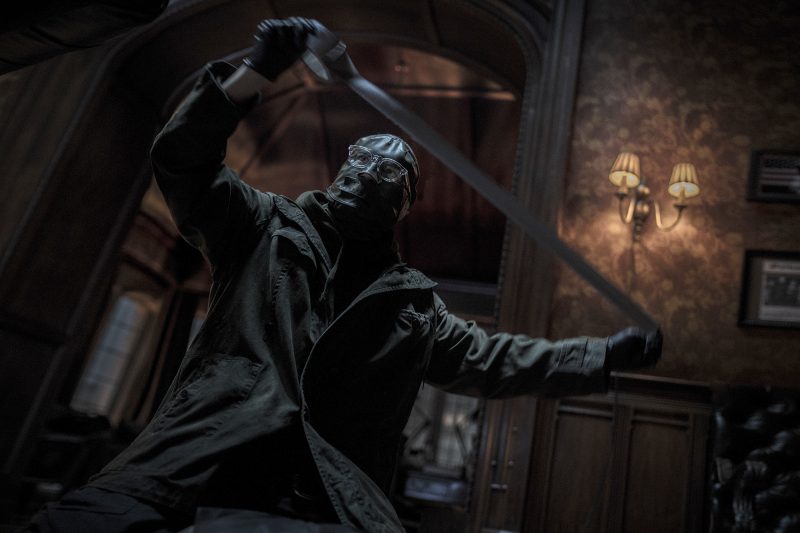 Paul Dano in The Batman.

When he’s on screen, though, Paul Dano as the Zodiac inspired Riddler is truly terrifying, a real world mix of killers past and angry incels, this film offers what Joker claimed it did. A villain with clear motivations and a call to arms that is actually shrouded in a sense of selfish self pity. Dano veers from insane monster to helpless sap so well at times you think someone else might be sharing the role with him.

It helps that Greig Fraser frames the whole film with a sense of foreboding. This is a Batman film that is steeped in horror as well as noir. There are jumps cares, Saw-style sequences, even a moment of abject gore but it never feels like it’s losing it’s sight of being a comic book film. Especially when Michael Giacchino’s moody score kicks in. His themes for Batman, Catwoman and The Riddler are soon to become fan favourites of comic book movies and while Giacchino has worked well with other heroes, he clearly loves the characters he has to work with here.

It must be said that the film is long; at three hours it starts to sag in the middle with perhaps one too many corruption reveals and conversations about corruption to really keep the momentum the whole way. and as the film builds and you expect it to be over Reeves builds to a satisfying enjoyable finale. The film also feels oddly prescient considering it was written and in production long before the events of January 6th last year, and yet the ending feels like a comment on that.

It’s also not without humour, the Batman comics were always filled with a deadpan comedy that came from Bruce’s rigid desire to do right and other people commenting in the madness of his crusade, that is here and it suits the film noir soaked streets of Reeves’ Gotham.

Considering this is a character always being trotted out for movies it could feel like it was becoming stale, and yet Reeves and co bring fresh life into the hero, and the offer of more films to come is intriguing. But, this is a genre mash up filled with gorgeous visuals and moments of outright horror. 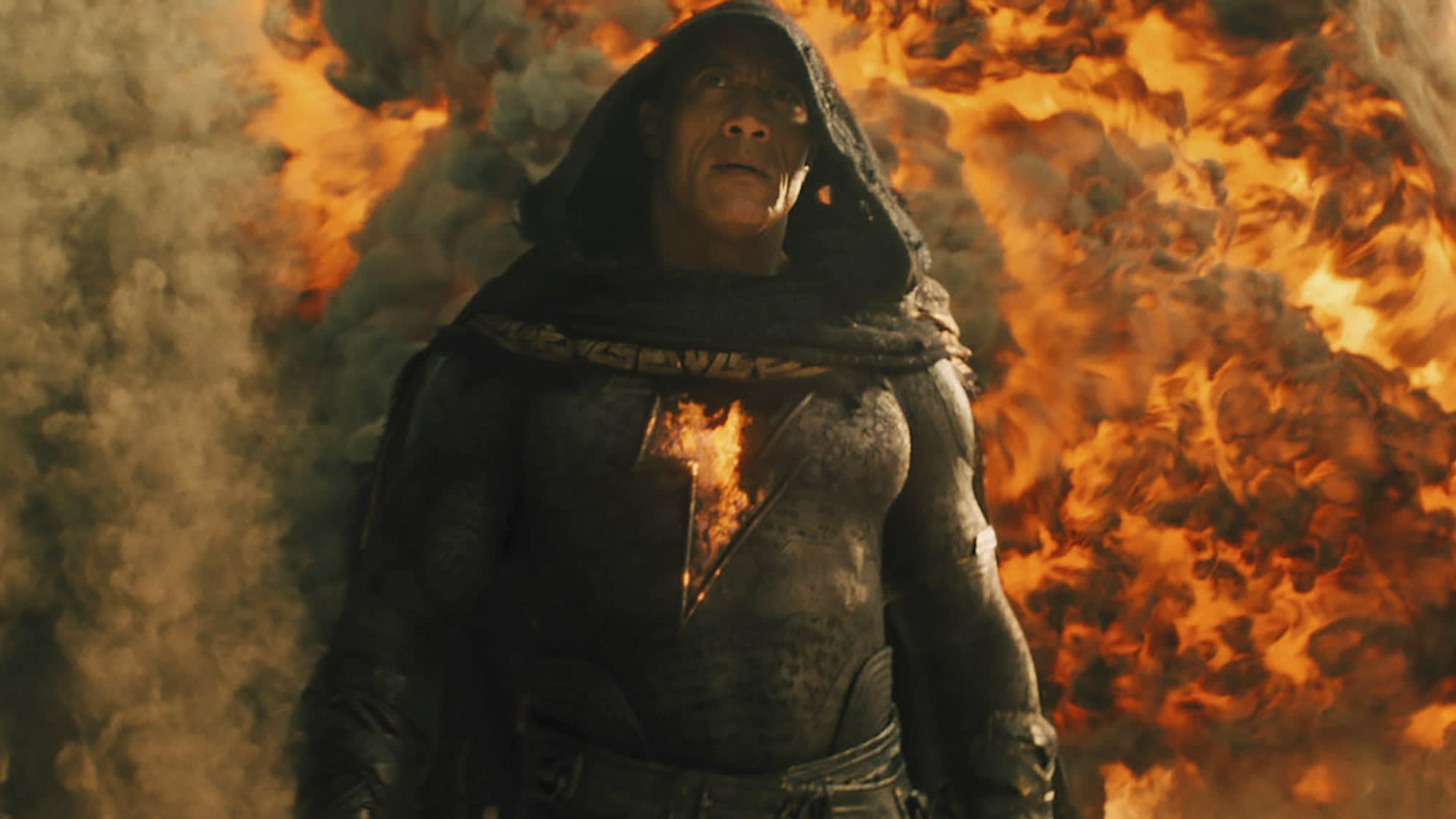