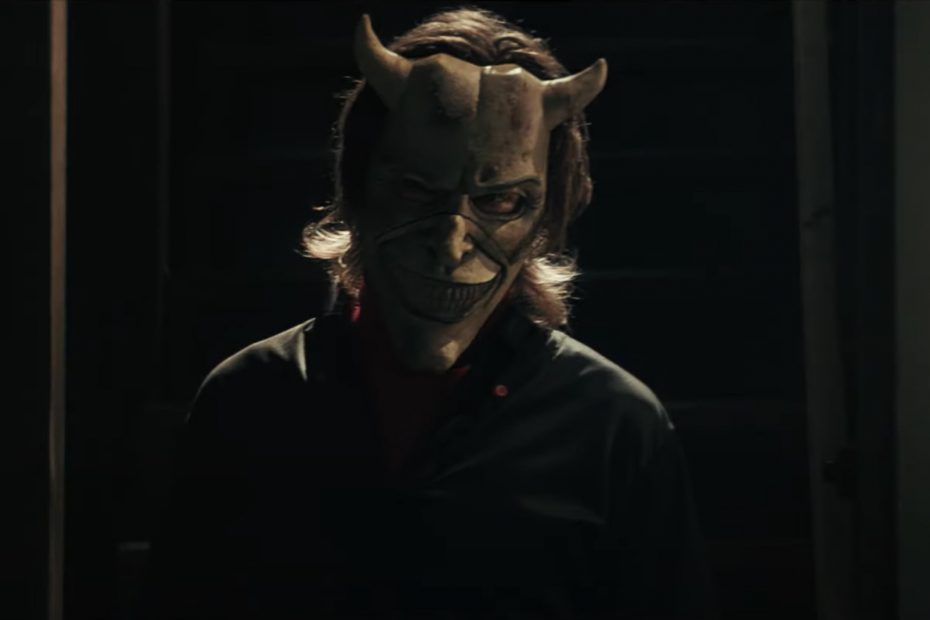 The dreaded “creative differences” can often mean that genuinely creative people have butted heads with bottom line producers. In the case of Marvel, perhaps because they are such a big machine there have been a few instances of high profile “creative differences”. Patty Jenkins leaving Thor: The Dark World, Edgar Wright leaving Ant-Man, but recently the news that sequel to the 2016 hit Doctor Strange would see returning director Scott Derrickson depart amid differences of a creative capacity felt very much to be true. Derrickson was a returning director, one who had helmed a film filled with world building and still made it visually appealing and made a hard sell into a popular blockbuster. His departure felt very much that he had differences that were entirely creative. Instead, Sam Raimi took over that film and Derrickson, re-teaming with co-writer C. Robert Cargill returned to the welcoming world of horror.

The Black Phone places the audience in 1970s America, it’s exact setting is discussed but the title card could have easily said “Generic Little Americana Town”. Purposely it feels like any street that existed in the 70s. A prolific kidnapper – The Grabber – has been taking young boys, leaving black balloons at the scene of the crime. When Finney Blake is taken, his sister begins to believe her dreams are actually telling her where he is, while Finney is guided by the ghosts of the deceased victims to escape The Grabber’s clutches.

Derrickson hasn’t worked exclusively in horror, 2008 remake The Day the Earth Stood Still and Doctor Strange saw him enter the world of big budget science fiction with action sequences and complex visual effects. But it’s where his career has been for the most part. Derrickson’s debut – Hellraiser sequel Inferno is actually one of the better franchise entries opting to go in a more psychological horror route than body horror. His horror films have often been noted for mixing the genre with another genre.

The Exorcism of Emily Rose was a possession horror meets courtroom drama, Sinister a neo-noir tinged horror film, Deliver Us from Evil was a cop thriller that kept walking into a horror film. The Black Phone in the same vein has a horror set up, and a good few jump scares, but offers much more of a thriller than an outright shriek fest. 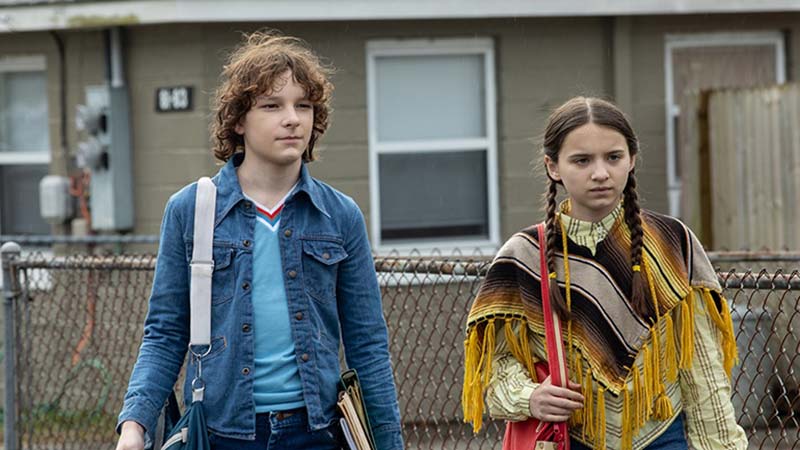 Mason Thames and Madeleine McGraw in The Black Phone.

You’d be forgiven for thinking it was adaptation of a Stephen King story, small town rocked by horror with a supernatural bent, bullies, abusive parents, the threat of sequel violence, one kid with a gift, so it’s not that surprising to learn it’s actually based on a short story by King’s son Joe Hill.

Derrickson and Cargill adapt the short story well, infusing the 70s with a lived in feel, this feels like a memory rather than a document of the actual 70s. The way you think you spoke, the way you remember fights going, the intensity you assume things had. Needle drops come in, and old-style home movie footage allows exposition to be delivered in a retro and visually appealing way. The film is funny in places, giving full of belly laughs in dialogue – the uttering of what the fuck Jesus? as well as physical comedy works well amid the horror of the situation.

Occasionally the film’s desire to be enigmatic becomes a problem, a little explanation of what the villains motives or backstory is would be welcome, but the film is firmly in the mind of the children. And it works. Mason Thames carries the film well as good-natured Finney, trying to navigate the terror of his situation and his desire not to end up dead like the other boys before him. Derrickson has fun with the prison break out style tension that can come from trying to escape.

Similarly as the villain Ethan Hawke is equally good. His face either partially or completely covered by a sinister two-half mask works well. Hawke’s physical performance brings presence and his vocal inflections allow for us to buy into someone who is unhinged. But, it’s his eyes that really sell it. Whenever Derrickson offers us a look at the eyes burning beneath the holes of the mask, that’s when the fear sets in.

Away from that the real stand out is Madeleine McGraw as Finney’s younger sister Gwen. Her ballsy, no-shit character nabs all the best laughs – and a painful to witness kick to the face. She sells the loyalty to her brother, and understanding that their dad’s alcoholism fuelled abuse is a by-product of grief, never making excuses but knowing he’s flawed. McGraw steals every scene she’s in with the simplest of gestures.

The film, however, doesn’t always offer satisfying scares and for a horror that is an issue. Derrickson knows how to stage a good jump scare, and occasionally does but it appears that he’s so interested in this thriller aspect he forgot the horror aspect somewhat.

What this film shows is that Derrickson is a fully versatile director, and both he and Cargill have a knack for crafting moments of genuine emotion, it’s hard not to feel emotion when two friends say goodbye to one another, and they both clearly love the era in which the film is set. It’ll be something of a question if people are willing to go with it into it’s thriller aspects rather than wanting a full blooded horror film.