LFF 2021: The French Dispatch review – filled with a whimsy that is hard to resist 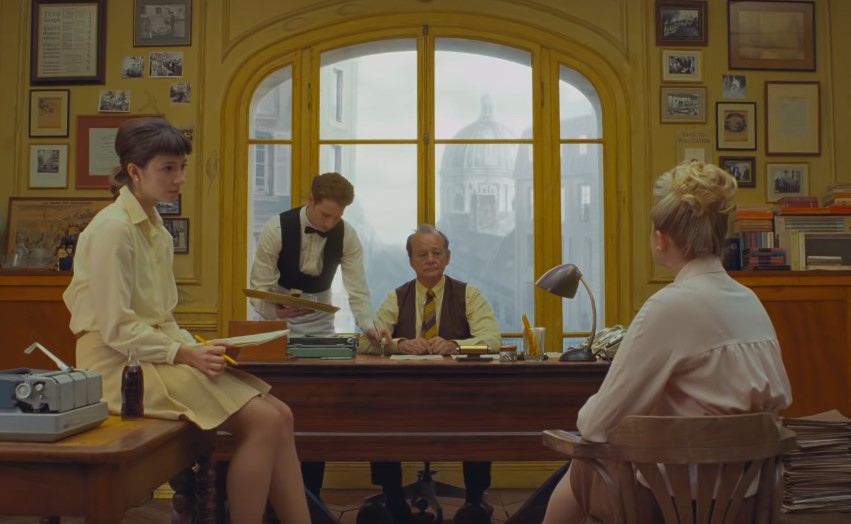 No one makes films like Wes Anderson. His films exist in an almost animated world of perfectly timed cuts, specific performances and a wry sense of humour that occasionally falls into farce. Over the course of a career that has spanned four decades now, Anderson has assembled an ensemble of actors who are always game to show up in whatever new confection he has created — the famously difficult to entice Bill Murray says yes without reading scripts when Anderson calls.

The French Dispatch is Anderson at the height of his directing powers. It’s aspect ratio changes, it switches between black & white and colour sometimes in between shots, it’s narrated by more than one person, it’s about stories within stories, it’s full metal Anderson.

In a small French town, Arthur Howitzer Jr (Bill Murray) is the editor of The French Dispatch, a monthly magazine of interest, profiles and think pieces. Howitzer refuses to edit pieces out of his journal often having to go larger in size, and lives by two rules of journalism – No Crying and Act as if you meant to write it that way. When Howitzer dies, we hear three stories from the final issue of the journal.

The film is everything you’d want from an Anderson film. It’s playing with screen size, colour and form is all done with his usual eye for detail but more than that it’s a film that like so many of Anderson’s films is in love with it’s subject matter. As an ode to journalism, the sort of which writers like Hunter S. Thompson created, this is a film of major brilliance. 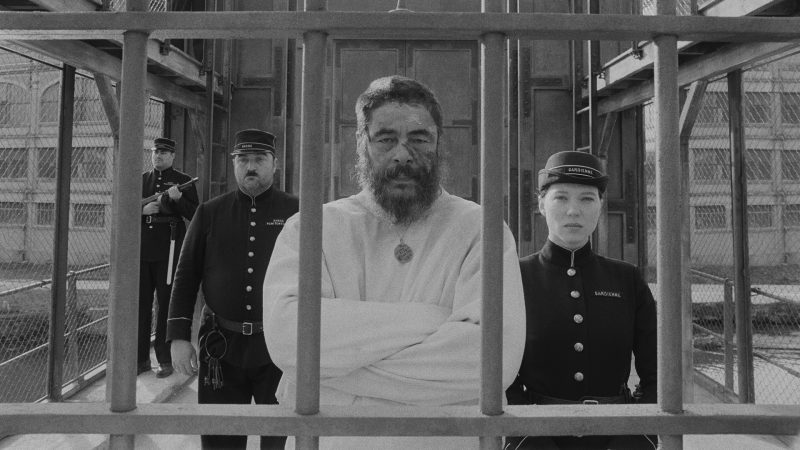 The wry narration by Anjelica Huston sets up the world of the magazine and the final issue as well as the tone of the film, this is set in Anderson-land, where people move like stop motion puppets in perfectly timed skits. The anthological format of the film means that while some stories are better than others there’s a feeling that each one is a self contained narrative that never stretches too long.

It may be down to your tolerance of Anderson’s style of filmmaker as to how well you put up with the film, the first section about the art world featuring a mostly nude Lea Seydoux, barely human Benicio del Toro and presented by Tilda Swinton as Cilla Black apparently is the strongest. Whole the second a sort of Harold and Maude via Rushmore style revolution sees a suitably deadpan Frances McDormand embark on a relationship with student radical Timothee Chalamet. It works but only on the strength of McDormand’s ability to command the screen. The third a supposed piece about the culinary world but actually a much more complicated caper is held aloft by the gravitas of lead Jeffrey Wright’s performance and the resonance of his voice.

The plotting is never the most important thing in an Anderson film, and while he has a knack for lines that are incredibly witty and the cast are able to throw the lines out at rapid pace, it’s the manner in which the film is shot that works so well. Many times moments of action are shot as if they are still images when in reality they’re actors standing still mid action – you can see the hands trembling, or the mouths curling into smiles. A passage of time is played out by the young actor standing up and allowing the older actor to sit down, the two passing props over.

The cast are universally good, you’d except that from the “Wes Anderson Theatre Company” players, pretty much all of whom are here to one degree or another: Bill Murray, Anjelica Huston, Jason Schwartzman, Owen Wilson, Adrien Brody, Tilda Swinton, Lea Seydoux, Bob Balaban, Frances McDormand, Mathieu Amalric, Edward Norton, Tony Revolori, Willem Dafoe and Soairse Ronan – some of whom don’t even have dialogue.

His newer cast members also acquit themselves well to the style of the film – not least Wright and del Toro who come out as two of the strongest cast members in the ensemble. Seydoux’s stoic performance along with del Toro’s barely human rage filled artist and Wright’s cultured man of the world are the roles that draw you in while the showier ones – Brody as a blow hard art critic and tax avoider is very on point – bring colour to the world.

It’s by no means Anderson’s best film — that might remain The Grand Budapest Hotel — and it lacks the melancholy aching of Rushmore, and even the grandiose absurdity of The Royal Tenenbaums, however this is a film that could potentially find a large mainstream audience, though devotees of Anderson will lap up his style of comedy and his attention to portrait-like shot composition nonetheless.

The film is filled with a whimsy that is hard to resist, and at times, all too enjoyably daft.