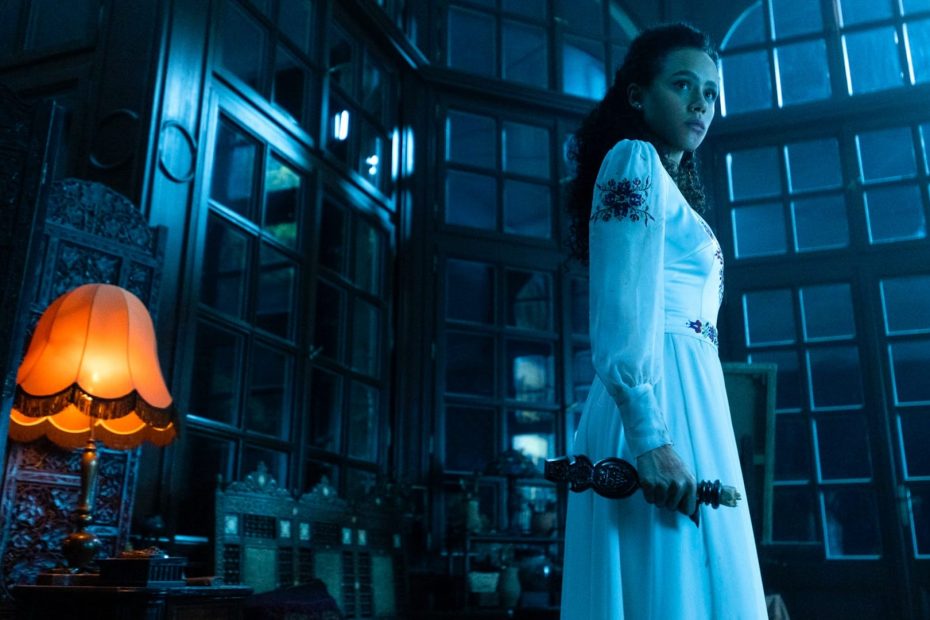 It’s been a fairly barren summer for releases, studios appeared to have all conspired to shoot their load pre-summer so that the mush of Thor, Top Gun, Jurassic World and  even Elvis came before the summer holidays. Leaving the summer void of big releases save for Jordan Peele’s Nope, and Minions: the Rise of Gru. Quite why is not clear but what it does mean is that as we move back into dumping ground season – the dead end of September people starved of movies to go see might take a chance of some smaller ones, and that’s where things like The Invitation really thrive.

The Invitation follows Evie Jackson (Nathalie Emmanuel) an American waitress still not over the recent death of her mother a few months prior. When she takes a DNA test on a whim she discovers she is distantly related to the wealthy Alexander family of England, and on the urging of her new cousin Oliver (Hugh Skinner), travels to Whitby for a large family wedding where she meets the enigmatic Walter Deville (Thomas Doherty) and sparks immediately fly, while bodies begin to drop.

Unlike so many films that claim they are women back by having a woman director and nothing else, this is thoroughly a women’s made film. Directed by Jessica M. Thompson, written by Blair Butler, shot by Autumn Eakin and scored by Dara Taylor this is a gothic horror made for women by women, Thompson previously helmed the harrowing but deeply affecting The Light of the Moon which followed Stephanie Beatriz as she tried to recover after a horrific rape. Here we have something a little lighter and more enjoyable.

What The Invitation does is lay seeds that die hard horror fans will recognise early on as an indication of a mid-film flip that Thompson and Butler deliciously wait to enjoy. For the first half we have a so-so haunted house story, a big country mansion, a beautiful modern woman from America thrust into the world of Old English money. An eligible bachelor who seems to good to be true. Much of it feels like a riff of the phenomenal Ready or Not with hoity English toffs making fairly hard attempts not to be racist.

At times the interactions with  Emmanuel feels like they must have been drawn from Meghan Markle’s experiences, little micro-aggressions like saying having money is a curse, or trying to touch Emmanuel’s hair without permission. What the film does have is a playful sense of the silly, not least in Hugh Skinner’s turn as cousin Oliver, a British toff so fancy you expect him to start vomiting caviar. 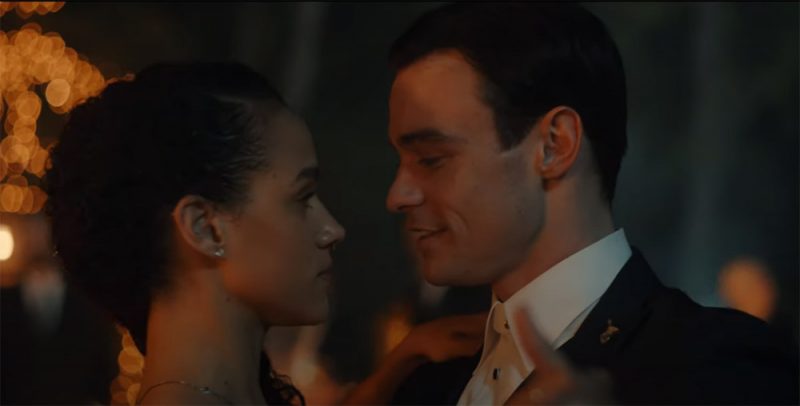 Nathalie Emmanuel and Thomas Doherty in The Invitation

This film provides Emmanuel with her juiciest role since Game of Thrones and proves the Fast movies have been wasting her. Here she goes toe-to-toe with a stern faced Sean Pertwee, so gruff you expect him to tell the Sun off for shining too brightly, and has awkward Mean Girls style conversations with Stephanie Corneliussen – so campy and bitchy you expect her to start cackling like she’s in an episode of Dallas.

What works best in the first half is the chemistry between Emmanuel and Doherty. His clenched jaw and enigmatic posture are so alluring that the camera practically melts when she flashes a smile. It’s classic literature works here, clearly drawing on things like Rebecca but the two have such fun with their budding romance that it works. One scene which leads to a kiss is perfectly played with both awkward sexual tension and mounting desire that the kiss is as much a release for us as it is for the couple.

The second half is much more fun, to say more is to spoil it, but for anyone who grew up in overwrought mid-00s gothic action films (and we at No Majesty certainly did) you’ll find an absolute joy as Emmanuel channels her inner Brendan Fraser or Hugh Jackman. It gives the actors a chance to go full hammy camp acting and Dohtery channels the energy of British legends that came before him, while Pertwee and Corneliussen decide to snarl their dialogue like panto-dames.

What keeps it going is Emmanuel and her brilliant leading turn. In a year of varied, but very impressive horror Emmanuel’s turn as Evie is another brilliant leading ‘final girl’ that offers us an indication of what she can do when offered a role that gives her room to breathe. It’s a bloody fun time. 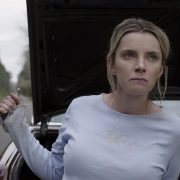 The Hunt aims for issues that are important, but ultimately falls short of it all. 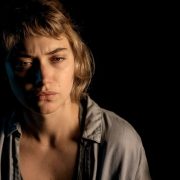 Vivarium is a film that will probably stay with you long after the final image has left the screen.