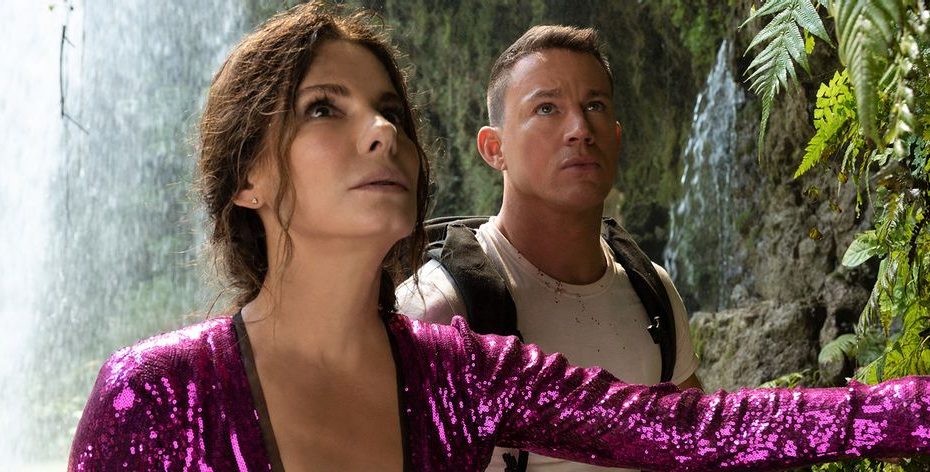 Credit where credit is due: Sandra Bullock is tireless. After thirty-odd years in the business, you might expect her to step away from headlining massive films and settle into a producer role, a steady job on a tv series or maybe try her hand at directing as many people of her level have in the previous years. But Bullock, now twelve years on from winning a bloody Oscar, is still front and centre of big-budget comedy films offering her usual brand of dry delivery humour.

For a studio comedy, The Lost City works. It’s funny, it’s consistently funny too. Bullock and Channing Tatum as hapless model Alan are a perfectly cast duo. Bullock is adept at both deadpan humour and slapstick which helps when she’s forced into a ridiculous sequin jumpsuit for most of the film, while Tatum is making a bid for the best actor to play a himbo in movies. Together, they navigate the often well-worn path of the adventure film.

Directors Aaron and Adam Nee are smart enough to know that the situation isn’t funny, but the people are. The adventure is, at times, genuinely fun to observe; a lesser Indiana Jones adventure mixed with the classic rom-com conceit. There’s less of the code-cracking here than would be expected from the aforementioned classic, there is a nicely observed tone of melancholy.

Chiefly, this is a film about grappling with loss. Bullock’s Loretta is still not moving on from the death of her husband and this adventure reintroduces her to the world that she has shut herself off from. Despite the strength of this tone the Nees still throw in a ton of very funny supporting turns. Brad Pitt’s macho hunky Jack Trainer, an extraction expert and super cool guy is played straight and the action he brings is top tier. Da’Vine Joy Randolph as Loretta’s publisher who has bet it all on a book tour is the Danny DeVito of the film, offering a side-plot of trying to rescue the two from certain death. 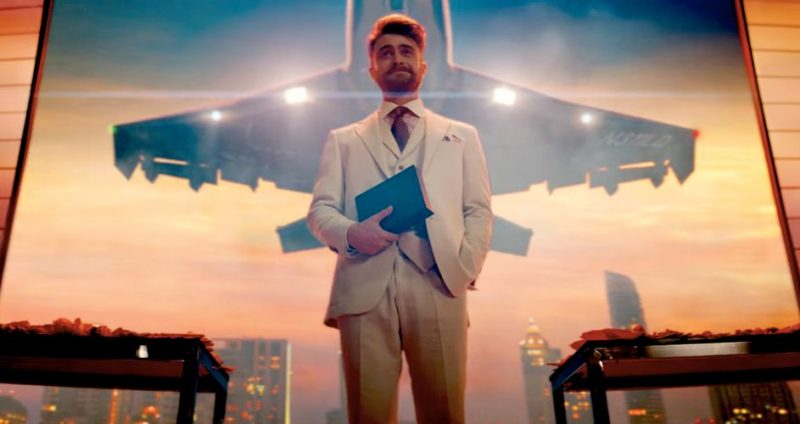 Daniel Radcliffe in The Lost City.

But the standout is Daniel Radcliffe as eccentric billionaire Abigail Fairfax. Radcliffe is as charming as he is in interviews with a hint of madness about him. It appears that he learnt how to ham it up to the extreme spending years working with veteran studio baddies Alan Rickman and Gary Oldman, and Radcliffe is a ton of fun.

The film, it has to be said, a bit cliche. It’s going to give you exactly what you expect regardless of what that means and there’s an element of the plotting being window dressing for the same old rom-com thing you’ve seen before. That said how often is a big studio film given to a woman pushing 60 as a sexually attractive incentive for a hunky younger guy? In an age where Tom Cruise can fawn over women a third his age, why can’t Bullock get wooed by Tatum?

This is cinematic comfort food, the sort of thing you’ll see and enjoy but might not last forever, it’s candy floss and yet in an age where every film has to be based on something and lead to a shared universe an “original” adventure film starring two proper movie stars feels refreshingly un-refreshing. 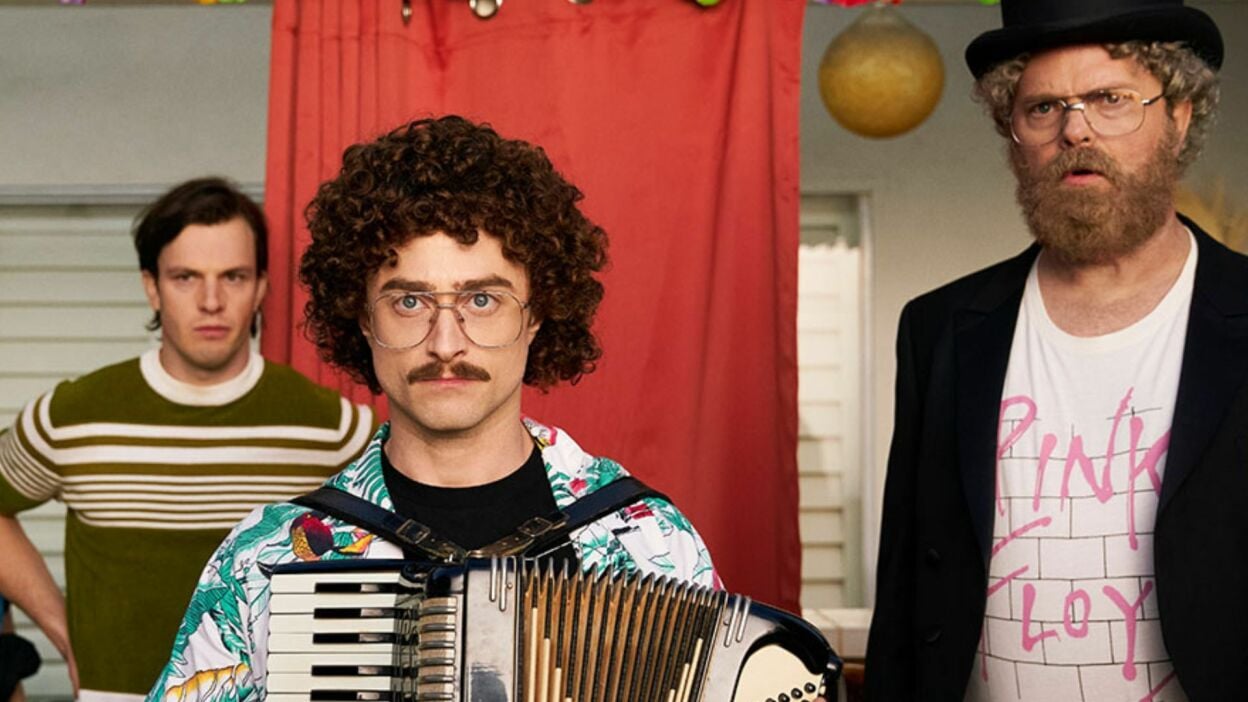