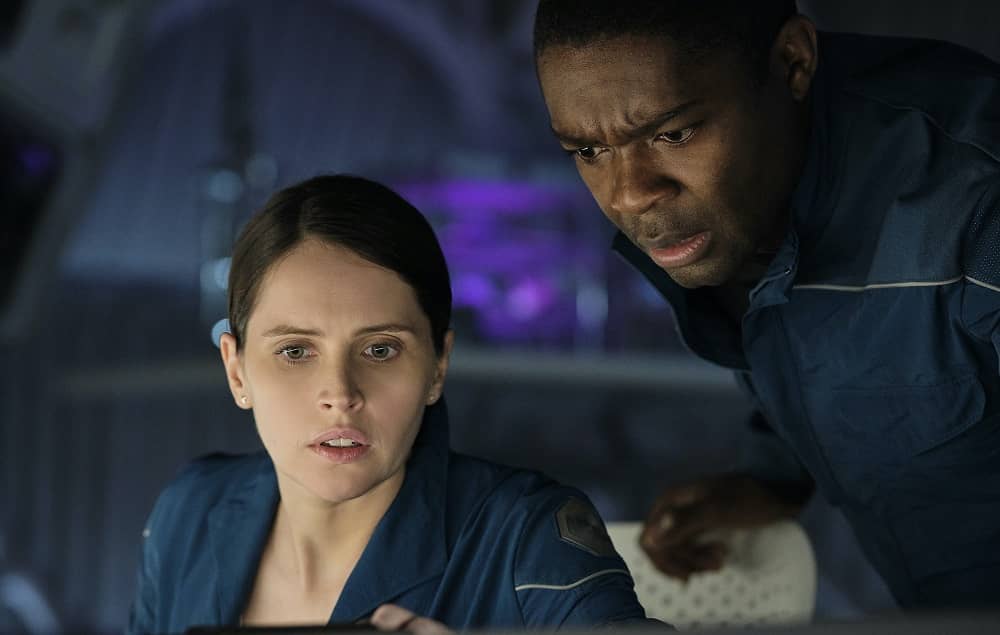 The Midnight Sky marks a return for George Clooney both in front of and behind the camera. Admittedly he did appear and direct episodes of the miniseries Catch-22, but this is his first movie appearance in four years since The Coen Brothers‘ 2016 film Hail, Caesar! and Money Monster. It marks his usual tradition of releasing a directorial film every three years.

The Midnight Sky follows Dr Augustine Lofthouse, a dying scientist trying to contact a spacecraft heading back to Earth in the wake of a horrible world-ending event. He is joined by a mute girl named Iris, and the two must trek to an outpost across the rapidly melting arctic, while the crew on the ship deal with the aggressive atmosphere around them.

Clooney is no stranger to space, thanks to trips like Solaris and Gravity, but The Midnight Sky offers him a chance to explore issues he holds close to his heart, like the environment. This is an Earth that is dier need of saving or evacuating and the world is far from welcoming. What Clooney attempts to do in his adaptation of Lily Brooks-Dalton’s novel Good Morning, Midnight is to balance a perilous journey on Earth with one in space. 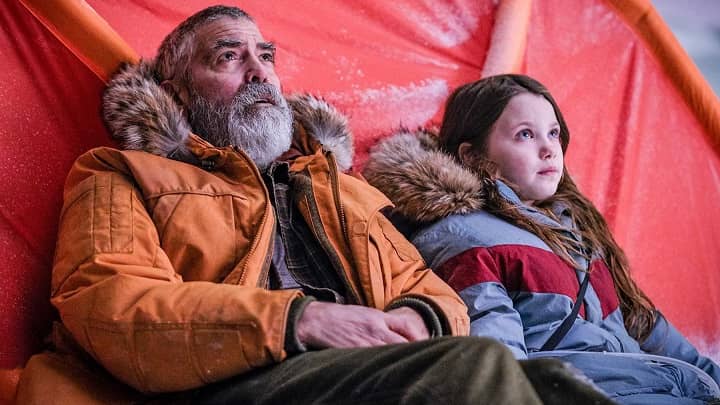 The film is not lacking for ideas; emotional exploration, pondering the issues of regret and the future, and Clooney handles the CGI elements well. However this, much like his previous film Suburbicon, suffers from being two films forced together. For one, the arctic adventure of a grizzly George Clooney and a mute girl ( a spellbindingly effective Caoilinn Springall) is in some parts The Revenant (made more obvious by screenwriter Mark L. Smith), and in others a riff on the ideas of something like videogame The Last of Us or Logan.

The space element feels at times like it’s riffing on things like Sunshine, while towards the end it verges closer to something like Interstellar. The crew aboard the ship are all great actors — Felicity Jones, David Oyelowo, Tiffany Boone, Demian Bichir and Kyle Chandler — but we never get a sense of their isolation, their interpersonal dynamics, or who they are as people. This is in part due to a poorly written script, but also down to the pacing.

Ultimately, the pacing of the film is very poor. We spend a long time with Clooney on his journey forcing him against increasingly dangerous nature elements, before we’re thrown into space for a long period of time where some issue there occurs, but there’s no cohesion between the two even up until the end.

Luckily, and perhaps due to his prowess, Alexandre Desplat’s score manages to capture the epic nature of space and the intimate nature of one’s own mortality. It’s his score that keeps the film together and helps ground everything even in the baggier, flabbier parts of the narrative.

There are moments of brilliance; Clooney even with a great big grey beard can light a room with a sparsely used smile, and Springall is a perfect foil for Clooney on grumpy form. One sequence where the crew in space mend the ship while singing Neil Diamond’s Sweet Caroline is a beautiful reminder that ultimately what we want as human beings is connection. “Hands, touching hands, reaching out, touching you, touching me” feels all the more pertinent in this year where we have been denied it. 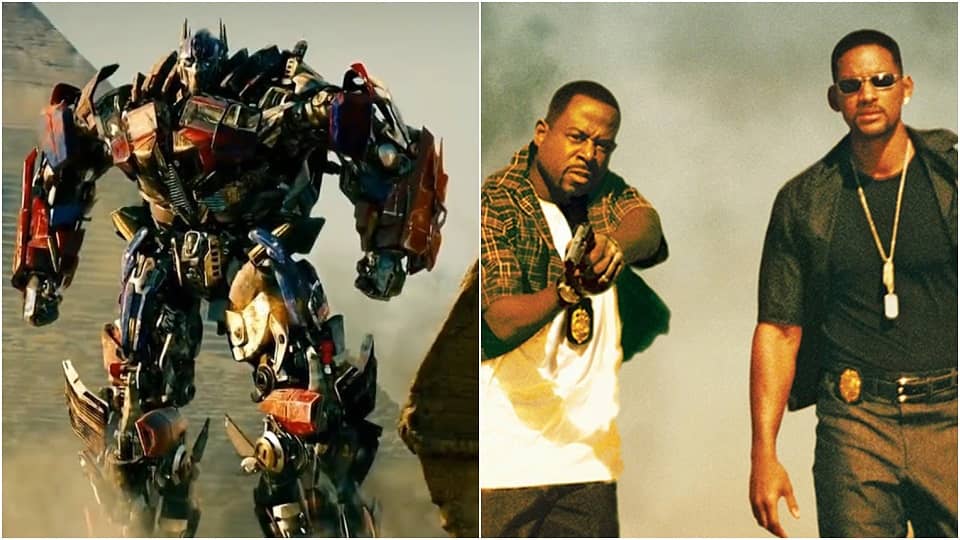 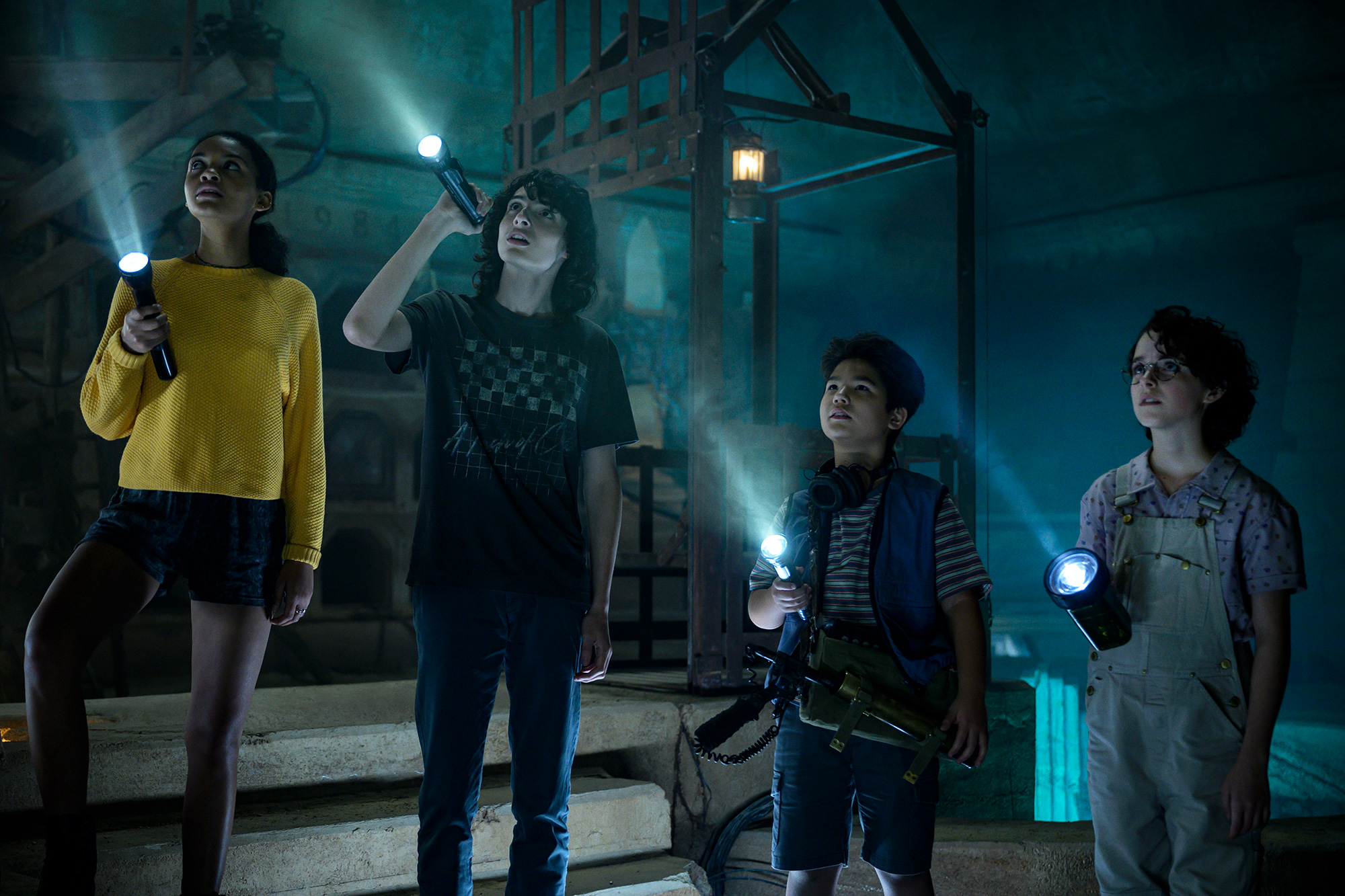