The Shape of Water review – a beautiful tale of love, of friendship and of belonging 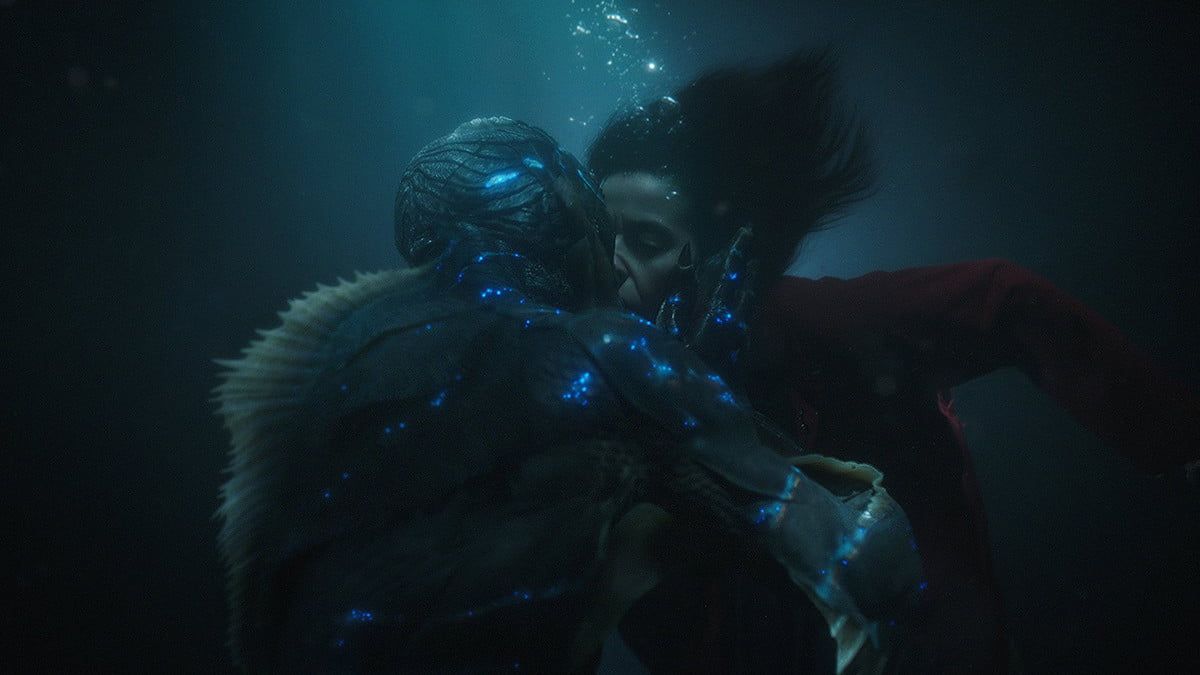 All directors have ticks. By now, we as audiences know what to expect from new films by familiar filmmakers. None more so than Guillermo del Toro, and none more so than in the case of The Shape of Water.

When Crimson Peak came out in 2015, many critics compared it to his Spanish language outputs, calling it his first English Language Spanish film, but in fact, they had jumped the gun, as this is del Toro’s first English Language Spanish film. The Shape of Water tells the story of mute cleaner Elisa (Sally Hawkins) whose life is changed when she discovers a strange Amphibian Man (Doug Jones) in the government facility where she works. Their budding relationship comes under scrutiny from the government official (Michael Shannon) who attempts to tear them apart.

Del Toro won a Golden Globe for directing this labour of love, and it’s not hard to see why. Every frame of the film is absolutely filled with his love of cinema and of outcasts. While The Devil’s Backbone and Pan’s Labyrinth took the horrors of the Spanish Civil War and juxtaposed them with a fantastical realism that aided in showing humanity’s profound ability to continue regardless, we instead find a film set in the Cold War that asks us to trust in a time of mistrust. 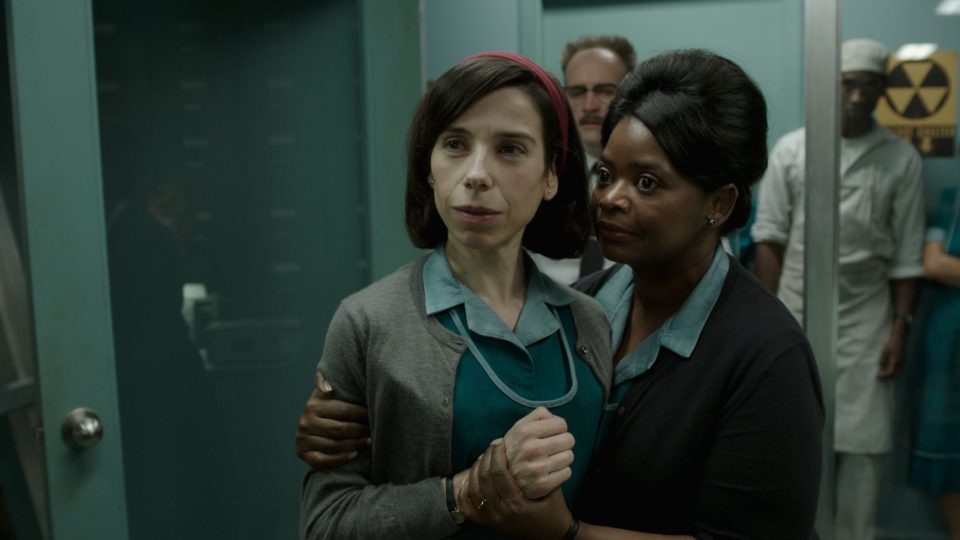 Having worked in comic book movies, big dumb monster flicks, horror and fantasy, del Toro is now able to combine all of his lessons into one film. Be it his love of the abnormal, of the past, or his design quirks, the whole film is clearly his own. The facility in which we find most of story resembles the catacombs of Mimic or the blood banks of Blade II, or even the Shatterdome of Pacific Rim. The obvious comparison is with the Amphibian Man and Abe Sapien of the Hellboy films, and it’s fair both are aquatic humanoids played by Doug Jones, and they do look like they could be cousins, but there’s something more feral about Amphibian Man, more animal-like.

Sally Hawkins is great in a role with no words, showing that the basic thing of acting is showing not telling, she has the charm of a silent film performer, able to do the most with nothing but her face. In the romantic role it works with the fact that Hawkins is a strange mix of old looking and young-looking, she could be both or neither all at once. Doug Jones similarly does well in his role, doing brilliantly as he has in the past with del Toro.

The best part is that in making the two primary characters mute, means that most of the talking is done by Richard Jenkins and Octavia Spencer. In Jenkins we have the wise old man trope, but here a closeted gay man is given spotlight in a time when it was wrong and illegal, while Octavia Spencer – an African American woman – is given the space to talk more than most people in that time would. The racial and homophobic undertones are there, but never made front of centre, they simmer under the surface without becoming a worthy “awards” film. 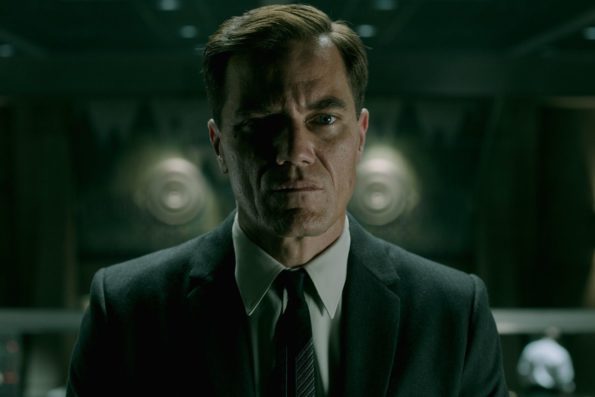 Michael Shannon is also brilliant in his antagonistic role, but he’s never turned into a monster of the time. Being a product of his time, he could have easily become something of a racist sexist villain, but is a little more than that. Race is never an issue to him, nor the gulf between men and women, he thinks they have their place, but never really doubts their ability to scheme. One of the most telling scenes has Shannon and Spencer discuss God which ends with Shannon claiming He looks “just like me and you… though a little more like me than you.”

All of this makes a rich film that has social relevance as well as a fantastical element that can allow us to escape from the serious undertones, even when the film gets more bizarre with flights of fantasy and musical numbers or Cold War paranoia growing between the Reds and the US the film never lets up on it’s adult feeling of rediscovering childhood joys.

All the characters have childlike traits that only act to amplify the importance of keeping the child within alive. Del Toro talks of his childhood love of monsters that he spoke to and made a deal with, and all his characters imbue a long-standing child-like trait. Jenkins’ character painting, or Hawkins’ characters love of dance, or even Shannon’s constant eating of cheap candy. All of which underlines the adult world of blood, guts, sex, and violence which helps even more.

The film’s great triumph is the score by Alexandre Desplat, jazzy and evoking the music of 1960s Italian and French movies, it is the best film score to come out in a long long time. Desplat has worked in a great many genres and for a great many films but here he shows that he is one of the finest composers working in cinema and creates beauty in moments of horror, comedy in moments of sorrow and hope in moments of tragedy.

Even as the film moves into its third part and the overly complex narrative of freeing the Amphibian Man and the Soviet spies become a little convoluted, there’s a sense that del Toro is still absolutely in love with his film. This is the most complex work del Toro has made in a long time, and with Hawkins’ Elisa we have someone who stands with Liz Sherman or Ofelia or Mako Mori as a testament to the power and understanding of women, and in Amphibian Man a monster that much like Hellboy or the Pale Man or the big bugs of Mimic has heart and warmth in there too.

It might be known as the fish romance movie, and the more sexual moments might come across as a little odd for some, but it’s a beautiful tale of love, of friendship and of belonging that can only be seen to really be believed. It may sound crazy… but the fish man romance movie is actually really great. 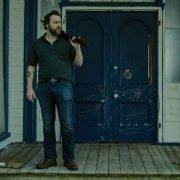 Paul Klein talks to the ‘After Midnight’ directors about blending genres, and great jump scares in horror films. 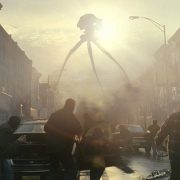 War of the Worlds: Spielberg’s film is actually a meditation on 9/11

A film about aliens trying to turn Tom Cruise into dust may really be about the defining moment of the 21st century.