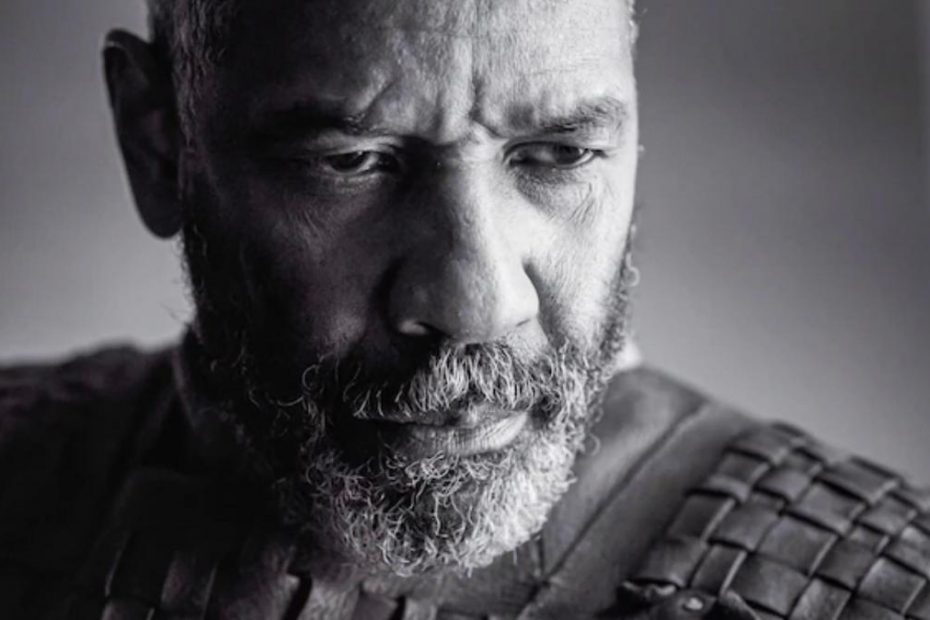 It must be frustrating for the Academy; for years Joel and Ethan Coen campaigned to have their joint contributions as directors acknowledged – ultimately for years Joel was the sole credited director while Ethan the sole producer of the two. Eventually, the Academy relented and they both got nominated. Now, Ethan has opted to step back from films leaving Joel to go at it alone.

The Tragedy of Macbeth is just that, the famous Scottish play by William Shakespeare. Denzel Washington is Macbeth, Frances McDormand is Lady Macbeth, Corey Hawkins is Macduff and Brendan Gleeson is Duncan.

The film itself is shot in the boxy old Academy ratio, which appears to be a particular fetish for production house A24 who produce the film. Both that and the choice to shoot the film in Black and White allow the film to owe more to the German Expressionist era of films than it does stage work. Unlike the last version of the Scottish play from Justin Kurzel that opted for a more historical epic feel, this feels like a fantasy, a horror film inflected by the silent era of films.

Coen has always flirted with horror, not just jump scares which feature here in the form of deafening murders of crows, but in concepts. The Three Witches of the play, here imagined as one seriously deranged woman by Kathryn Hunter is as Coen as anything else. The horrific matter-of-factness about Tom Chaney in True Grit, the ethereal monstrosity of Anton Chigurgh in No Country for Old Men. Moments of surrealism come into play, making the magic of the story more about mental disorders and paranoia.

The film mentions the Scottish setting but it’s fair to say that this is taking place in an alternative universe, it’s not hard to imagine that descendants from Macduff in hundreds of years will be the anti-heroes of Blood Simple. It’s also not surprising that Coen is drawn to this material, throughout his career he has tackled several heavy hitters of the arts world – Homer’s The Odyssey (which was the basis for O Brother Where Art Thou?), Cormac McCarthy, Ealing Productions and Charles Portis. 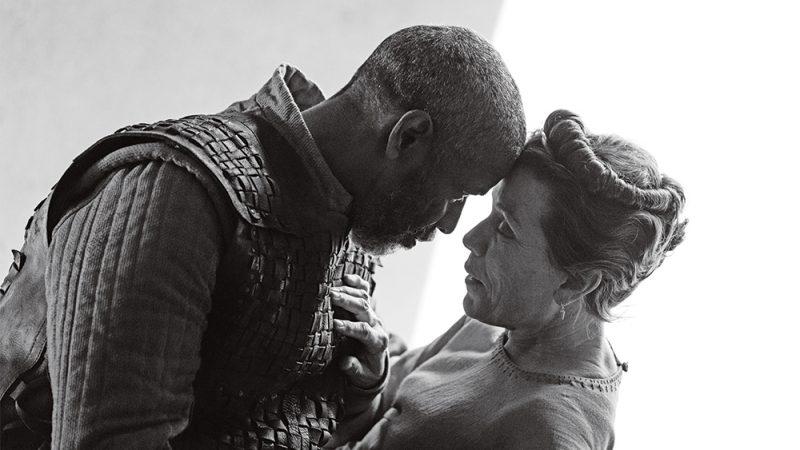 Denzel Washington and Frances McDormand in The Tragedy of Macbeth

In his leading role Washington makes acting look hilarious – often frustratingly – easy. He delivers the line like he’s thinking of them off-the-cuff, proving he is one of the greatest actors of his generation. His Macbeth is an older, wearing man, one who can clearly see his age is catching up and that if he doesn’t act soon he will be without a future. McDormand similarly doesn’t opt for an easy over-the-top villainy but a more subdued humane version of Lady Macbeth. The two of them are such veterans of stage and screen that they deliver their lines with an ease that is palpably easy and calm.

The film is, however, alienating. The ethereal setting along with Carter Burwell’s bizarre score do cause you to never fully engage in the film, and so you’re always looking at it as opposed to being moved by the film. For a Coen film there’s a lack of the usual gallows humour which is odd since it’s also something that Shakespeare is known for. It’s also deeply disappointing that Washington doesn’t try the Scottish accent.

This might become some people’s definitive version of the Scottish play, but in general it’s a strange, unique attempt to take a text from the grand stages of the Globe and turn it into a horror film. The Bard by way of Caligari: now that’s a tagline.