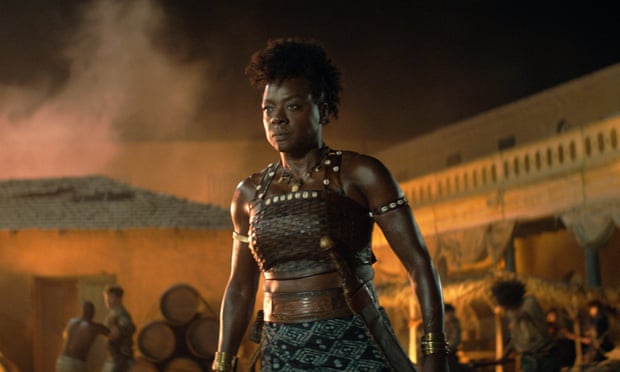 Historical epics are as old as the hills, but there’s something thrilling about watching epic battles play out, knowing that there is at least a tiny amount of truth to them. Gladiator remains the high standard for taking the grain of the truth and spinning it into a huge historical yarn.

Director Gina Prince-Bythewood is a director of massive talent, from Love & Basketball to The Old Guard, but here she shows what she’s really made of. Mixing the huge vistas of old-school historical epics with a personal story of finding yourself, this is a film that demands to be seen on the big screen.

Together with her cinematographer Polly Morgan, they craft an epic that is at times hauntingly intimate in the character interactions and crowd pleasingly grand when it comes to battles. The showdowns between the Agojie and other armies are intense and bone crunching. One sequence is filled with enough triumphant smackdowns that you want to get up and applaud a film for being this enjoyable.

The script by Dana Stevens, helped by a story by her and Maria Bello, flirts with cliche, but even as it does so, it has such a sense of affection for the tropes of the military training film that you enjoy watching it. It’s helped, of course, by a terrific score by Terence Blanchard that underlines the threat and the emotional content that the film has.

It also helps that the cast are universally superb. Viola Davis is as commanding as you would expect, both in the action and the more quiet moments. Her stern glares tell us more about the impact of violent than all the sword clashing ever could. She sells Nanisca’s inner turmoil as she is forced to recon with events from her past – horrific but never exploitative.

Thuso Mbedu might have the harder task as the rookie who has to prove herself. But even so Mbedu turns Nawi from a scrappy little nobody into a heroic co-lead that you root for, sequences of her training help you buy into the growing relationship she builds with everyone in her battalion. Alongside her the support of a suitably tough and funny Lashana Lynch, and a stoic Sheila Atim, round of a principle cast by John Boyega offers one of his best on screen turns as the King who has to recon with the price of a kingdom.

The film doesn’t shy away from the horrors of slavery, looking into what makes a kingdom rich, and the emotional toll. Dahomey have just as much blood on their hands as the dreaded white man, and the film isn’t afraid to tackle that head on, looking at Africa’s own involvement in the buying and selling of other human beings. 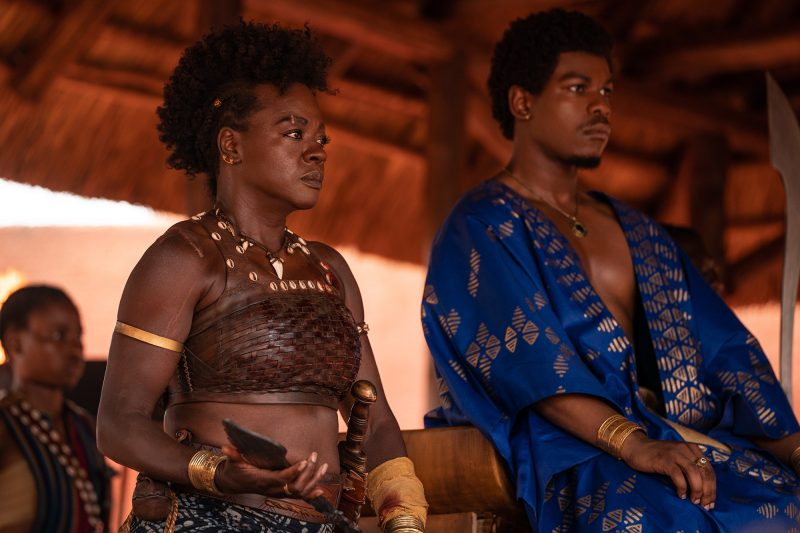 Viola Davis and John Boyega in The Woman King

The film falls down somewhat when it introduces a potential love interest for Nawi, Jordan Bolger is fine as Malik but the character itself is little more than window dressing. Naturally, you could compare this to many history epics where men lead the film and a woman offers little to do with the plot, but here the film is so enjoyable when it focusses on the women that you wish his character would go away.

Even with that caveat, this is easily one of the best big Hollywood epics in some time, offering the absolute best bang for your buck you’ll get. Prince-Bythewood has taken a piece of history that while tricky to navigate, and perhaps considered a hard sell, and turned it into a crowd pleasing action adventure that deserves to be enjoyed by as many people as possible.

LFF 2022: Matilda The Musical – a big “bring the family” musical