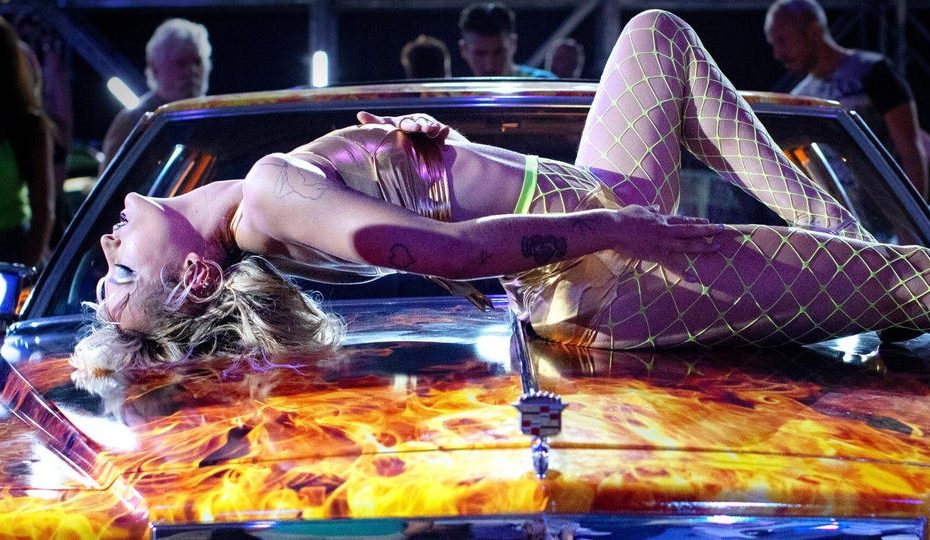 Titane is something else entirely, channeling the spirit of David Cronenberg body horror with a side order of exploitation trash for good measure. We meet Agathe Rousselle’s Alexia, as a child she was in an accident that ended with a huge scar on her head and a metal plate in her skull. Now she’s a serial killer as well as a sexed-up model at motor shows. Alexia goes on a killing spree after intercourse with a car and appears to be pregnant by the car – so she poses as a missing boy and lives with the boy’s troubled father.

That synopsis only covers the basics of how weird things get in Titane. A film that features a fully nude women reach climax in a bouncing car, stab people in the ear, break her own nose and see a man overdose on steroids.

It’s a conflicted film, Ducournau knows how to shoot women without clothes – of course she does, she’s French – and she knows how to ramp up the yuck factor. The scene in which Alexia breaks her own nose is painful to watch. But the writing never offers us much in the way of understanding Alexia or her motivation, her slow mutilation by car-baby isn’t as tragic as say Cronenberg’s Rabid.

As good as she is Rousselle doesn’t often get much to do except stare at people with an androgynous look. The implication that the metal plate has essentially made her amoral and unfeeling is interesting but the character is so void of personality it’s hard to see what the point is, despite Rousselle being committed enough to bare all multiple times – and the film is in love with the female form. Both she and Garance Marillier are frequently shown without clothes on in long sexual scenes. 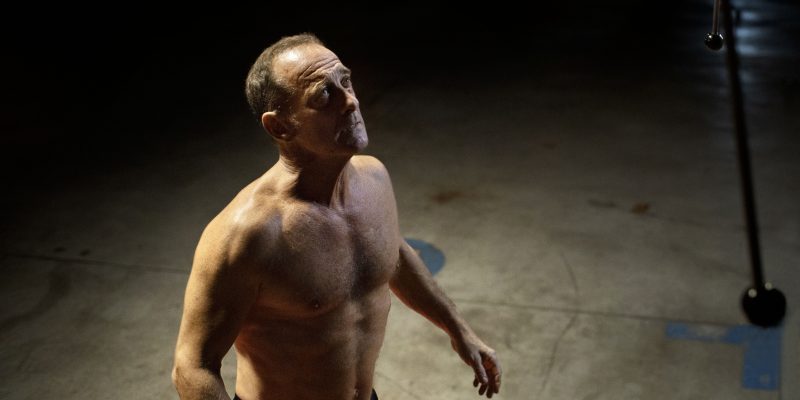 The same cannot be said for Vincent Lindon who never goes full frontal which feels reductive in a film so provocative. His sad middle aged fire captain and hopeful father Vincent is a role that keeps the viewer onside throughout the film. His at first gruff demeanour gives way to a performance of pain and suffering – a father who feels like he is less of a man as he ages. At times he appears like a cross between Christopher Meloni and Mel Gibson, and acts like a burly wounded bear and yet it’s the sensitivity with which he performs that cuts so deep.

Ducournau is not afraid to let scenes play out, and as a director she has an eye for an arrested visual. The film is all build up, we get the nasty kills and the rampant nudity but Ducournau knows that a pregnancy is a time bomb, and this one is a oil-soaked horror show waiting to happen. The issue is that at times the film’s desire to play everything dead straight feels like both a parody of the French Extremity Wave and also a genuine attempt to shock and provoke an audience.

It’s both silly enough to illicit laughter – two different dance scenes are weirdly funny when they shouldn’t be – and serious enough to make an ever-present threat of Alexia being caught as not only a woman but pregnant. Much of the film is perhaps open to interpretation, but supporting characters are so underdeveloped that you wonder why Alexia’s father appears to be mute and hateful, you wonder what poor Justine did to deserve what happens, why Alexia is a serial killer but doesn’t murder her way out of the fire house and so on.

Yet, the film lingers, its final scene staying in your mind, and it might very well be that frustrating nature that soaks – like motor oil – into your very being. It infects you with its flaws, and with its moments of shocking – stomach churning – brilliance. Ducournau provokes, but she also moves an audience, and the final shot is one of true beauty. It’s a film that will split opinions and will be debated among modern horror cinema – or it’ll be dismissed as that film where a girl fucks a car.