Top Gun: Maverick review – when the planes take off so does the film 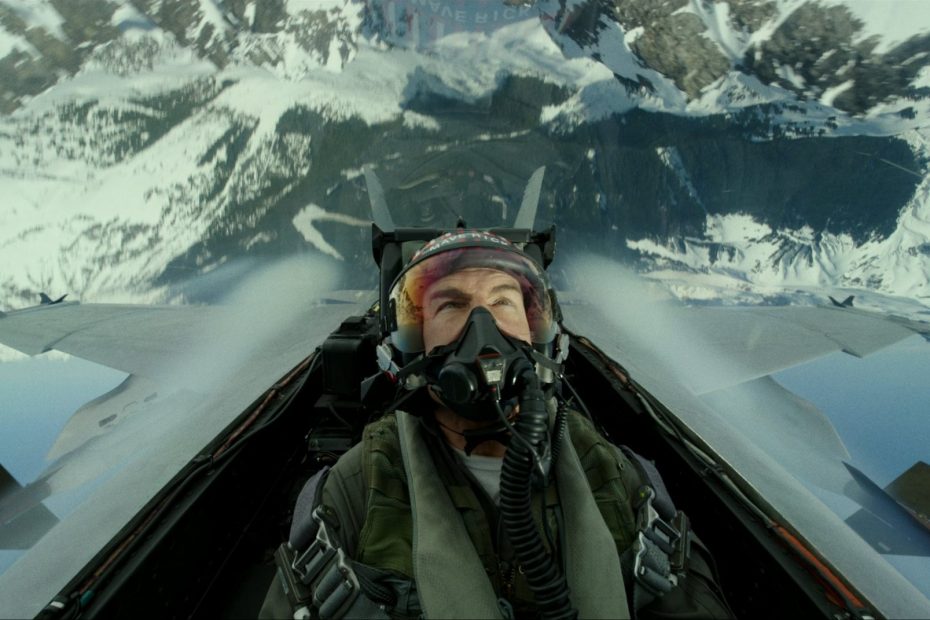 The brand of Tom Cruise is one that shows zero sign of slowing these days. When not making mega-franchise fare he’s selling it like a hardcore salesman. For better or worse, Cruise has absolutely found his niche, along with the people that can work around him. His dutiful collaborator Christopher McQuarrie knows what works for getting butts on seats.

Top Gun: Maverick picks up thirty-odd years after the events of the first film. Pete “Maverick” Mitchell (Tom Cruise) is coasting by, flying and rubbing the top brass the wrong way, with only one phone call from his old pal Iceman (Val Kilmer) saving him from a court-martial. When a top-secret enemy facility begins developing even more top-secret weapons, Maverick is given three weeks to find an elite crew to pilot a mission to blow it up.

Tom Cruise can do this sort of 100-watt smile charm in his sleep, and the character of Maverick always feels like it’s just the standard Cruise charisma vehicle. Yet, he manages by sheer force of his own willpower to make him appear to be more conflicted than the usual happy-clappy hero he usually plays. Cruise has always been at his best when he plays nasty, unlikeable roles and the niche of the past ten years with the movie star persona has, in some ways, damaged his ability to act.

That said, Cruise owns this film. It’s so clearly him flying in the aviation scenes that you could watch him barrel roll for hours and never get close to boredom. He fills the exposition, and turns lesson scenes at Top Gun academy into genuinely stirring moments of acting, and the flying is the best ever put to film. 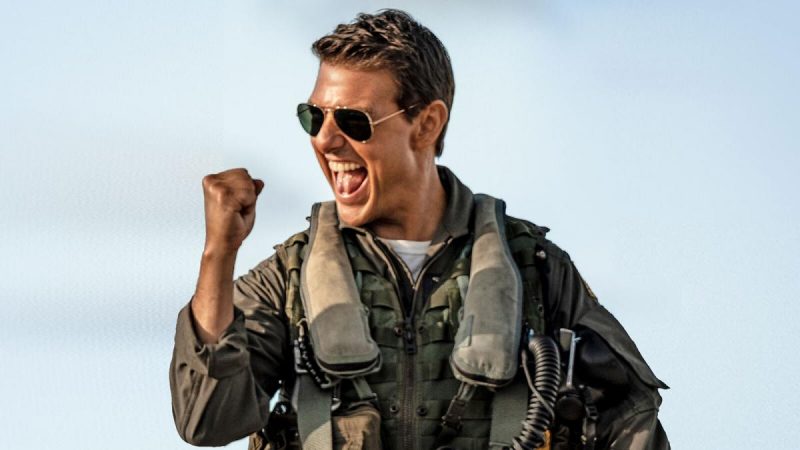 Unlike the first film’s frantic, confusing and borderline shoddy aerial flights, Kosinski and Cruise are determined to put you in the G-force of the fighter jets. Everyone looks like they are – and probably are – flying. Scenes that linger in the cock-pit as intense moves are pulled genuinely thrill, and it’s here where the film is at its best. When it’s an air combat, flying planes and talking strategy movie – it’s pure five-star entertainment.

Yet, the weight of legacy looms large over the film. Save for a poignant scene with Val Kilmer’s Iceman, which is handled with sensitivity to the actor and the legacy of characters, the emotional heart of the film is dull. Miles Teller is decent as Goose’s son Rooster, but the anger at Maverick’s story is such a cliche that there’s no tension to be found. The other pilots are all a bit nondescript, save for maybe three of them, and considering the class starts with twelve, that’s an issue.

There is an underlying streak of melancholy and regret in Maverick’s worry about losing pilots; the way he did his bestie Goose. Despite this opportunity, the film doesn’t actually explore it. There’s also a hint at the tension between machine warfare via drones and the old-fashioned man-in-a-plane style. The issue is, Maverick — along with the film itself — kind of proves that drones are the future. After a botched training exercise, he asks why pilots didn’t do certain things, then demands “don’t tell me, tell his grieving family” to another student signifying the very real cost. Use drones and there is no human cost.

The human cost argument also fails in other areas. At 10Gs humans begin to lose consciousness as their body becomes too heavy, but use computers and this is done away with. Hitting a target with no room for error — use a machine, no error.

It also falters in the love story between Cruise and Jennifer Connelly. Despite the best efforts of both, the love story — much like the original one with Kelly McGillis — is just boring. That said, surely no one really enters a movie called Top Gun to watch two people get all gooey, and frankly, the bonding of the soldiers was all that needed to be there, the love of comrades in arms.

When Kosinski ramps things up to the last-ditch effort finale, snow whipping beneath massive planes, its problems fades away. The music ramps, the planes roar and the editing throws us into the tailspin of pure action cinema. Cruise’s passionate — and borderline suicidal — dedication to the analogue way of doing stunts properly is what keeps this film steady. All logic leaves you when the battles in the sky happen, and it’s because you’re watching a well-directed action sequence, edited so that you know what’s happening; the simplest joy a film can bring you.

Its politics are a little confused, and it’s unsure how it feels about drone warfare vs humans, but when the planes take off so does the film. Welcome back to the danger zone people. 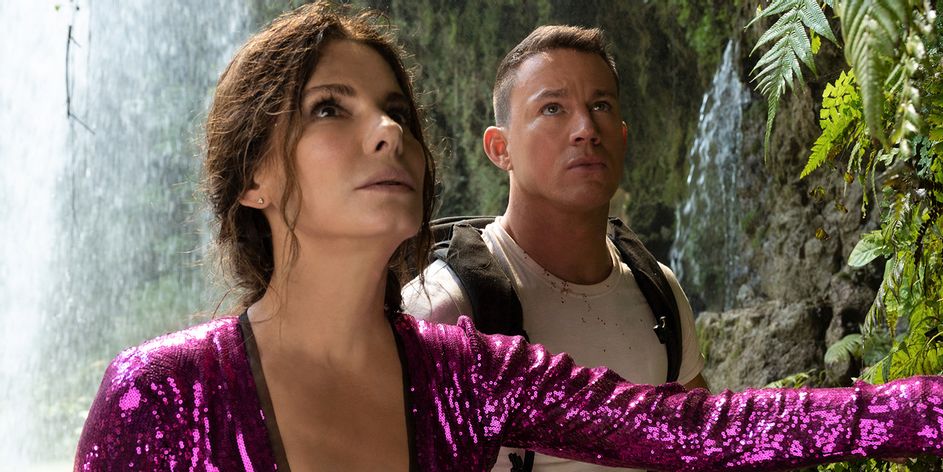 This funny adventure is delicous cinematic comfort food, if not the most memorable meal. 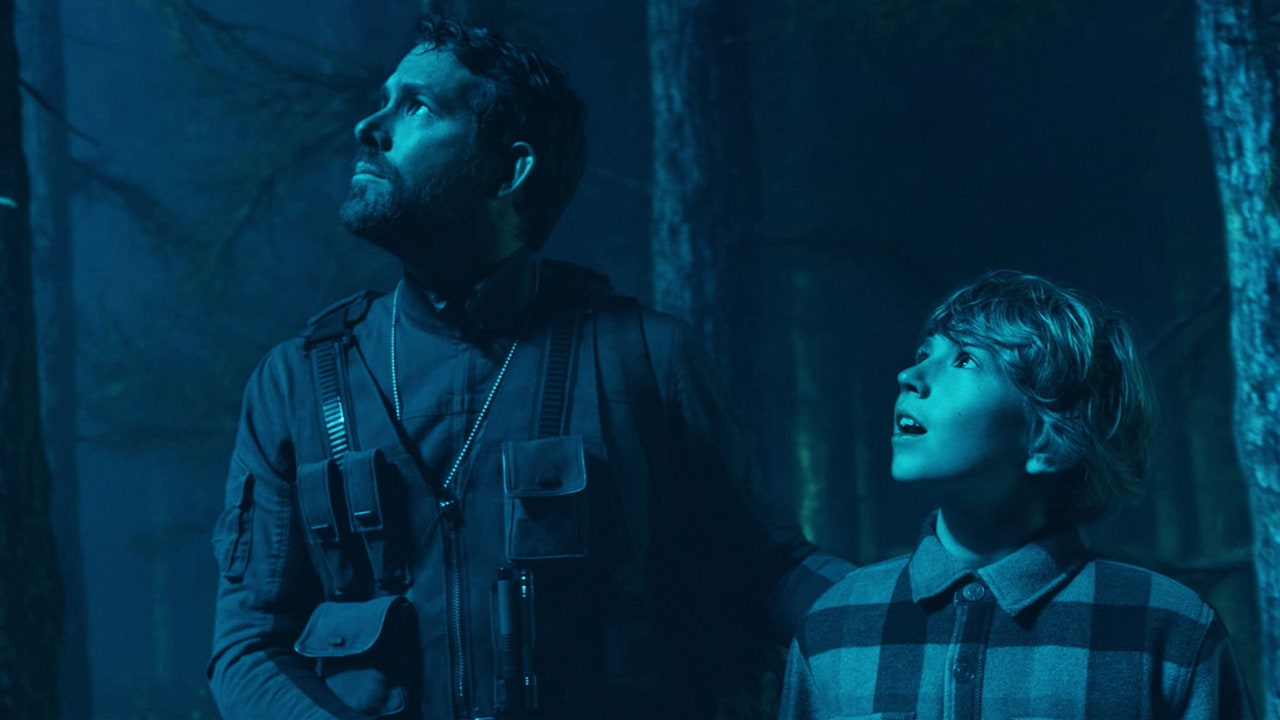 This time-traveling adventure moves and thrills, and was worth recovering from development hell.