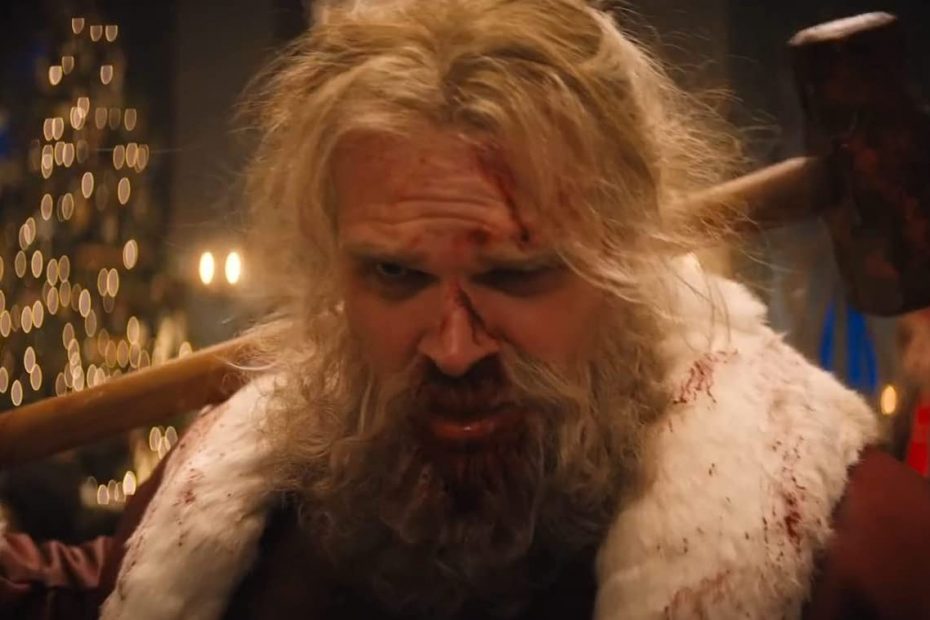 Action movies, of late, have gotten one hell of a shot in the arm. Maybe because stunt coordinators like Chad Stahelski and David Leitch are bringing their prowess to directing meaning that we have a more John Woo / Hong Kong influence on action than the seizure inducing cut-a-thons that Paul Greengrass ushered in with his Jason Bourne films. We can thank John Wick for a spate of thinly veiled takes on the ideas – Atomic Blonde: John Wick but he’s a woman, Nobody: John Wick but he’s an middle aged dad, Bullet Train: John Wick but he’s on a train and now Violent Night: John Wick but he’s Father Christmas.

The set up is a delightfully simple one – an obnoxious rich family with one redeeming family member in little Trudy (Leah Brady) are taken hostage by a group of festive themed robbers lead by Mr Scrooge (John Leguizamo), Trudy makes contact with Santa (David Harbour) and he sets out dishing out lethal, violent punishment to the baddies.

The joy of the film is in the premise, watching Santa, the jolly fat mascot of Christmas take on a bunch of robbers lends itself to a Die Hard comparison. It’s one that the film, written by Pat Casey and Josh Miller doesn’t shy away from. There are scenes of Harbour’s battered and bruised (and very bloody) Santa lamenting his growing weariness with little Trudy in a way that calls to mind John McClane and Al Powell. It’s in these scenes that the film works it’s festive magic.

Not only is it a gut-bustlingly funny action movie that more than delivers on snow covered punch-ups but there is a heart to the film. The best Christmas films are about redemption and this is no different. We find Santa boozing, angry that kids want money and videogames, that so few make it to the nice list and that his growing disdain has put him at odds with Mrs Claus. Harbour’s obvious glee at playing this take on the classic role is palpable, it’s in moments where he reveals his pre-Santa life as a blood thirsty viking known for using a big hammer, that he reminds us why he burrowed into our hearts as Hopper. 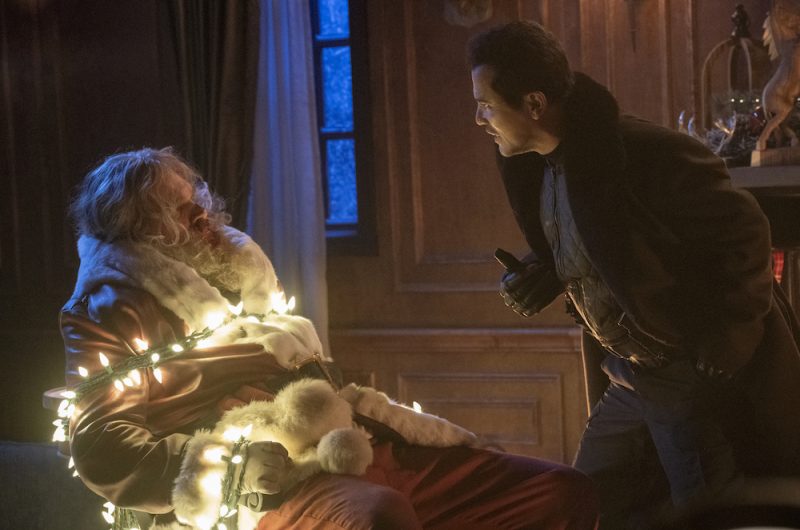 John Leguizamo as the lead baddie is also deliciously over-the-top, given villains in these films often haven’t been good in recent years, this attempts to recitfy it with a truly hissable baddie. The supporting cast – Cam Gigandet as a dumb actor, Beverly D’Angelo as a heartless mogul, Alex Hassel and Alexis Louder as parents going through a tough time, Edi Patterson as the worst human ever apparently. But really this is Harbour’s show and he carries the film with such ease and joy.

It shouldn’t be surprisingly that this festive mash-up works so well given the director Tommy Wirkola previously gave us Dead Snow the nazi zombie romp and Hansel and Gretel: Witch Hunters the monster-horror film.

As the growing list of action films produced by David Leitch grows, this will become an ever more evolving action renaissance. As far as festive romps go, Violent Night is gleefully, jolly and very very funny. Naughty… in the nicest way. 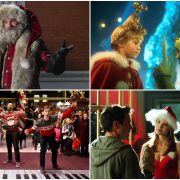