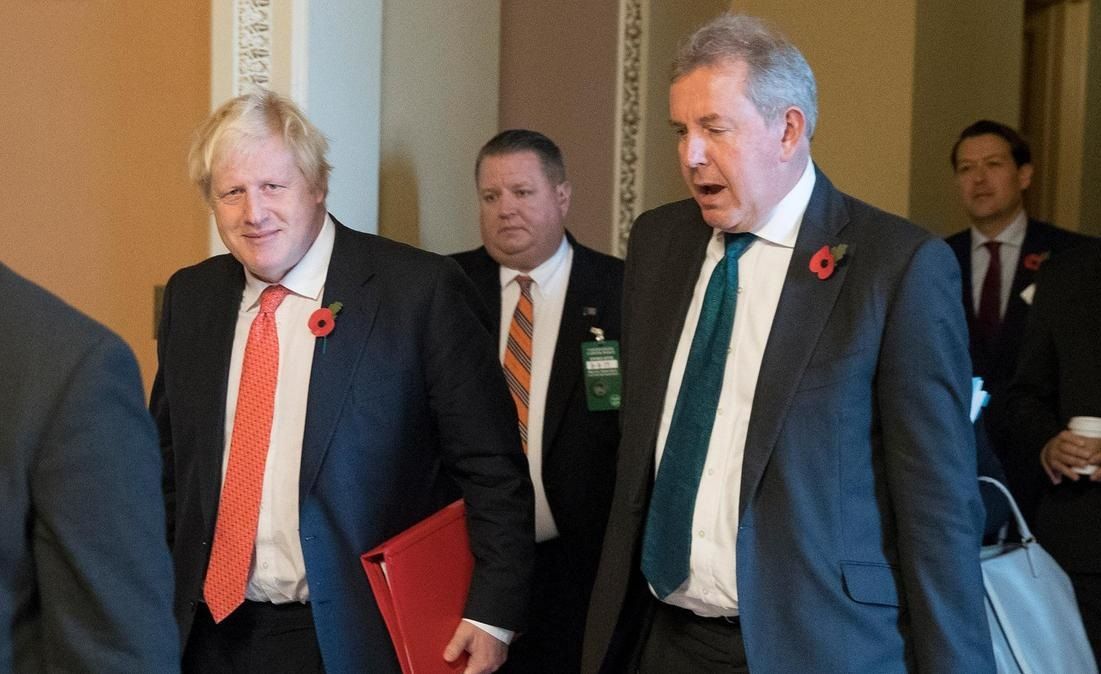 Over the last two weeks, the now former British ambassador to the United States, Sir Kim Darroch, has been enveloped in a trans-Atlantic diplomatic crisis. The crisis arose after his official emails were leaked from the Foreign and Commonwealth office, in which he gave his analysis of President Trump’s administration.

What did the leaks say?

The leaks were published in the Mail on Sunday. In a memo, Darroch wrote; ‘We don’t really believe this Administration is going to become substantially more normal; less dysfunctional; less unpredictable; less faction riven; less diplomatically clumsy and inept.’ He also reported that the White House was plagued by ‘knife fights’ within the administration and that the widely reported disharmony amongst senior officials was ‘mostly true’. The leaked emails spanned from 2017 to present and covered a wide array of topics that Darroch provided his analysis on. The memos covered President Trump’s 2020 possible re-election as well as the administration’s foreign policy. This included Darroch’s analysis that the White House was divided over its Iran policy, commenting that, ‘It’s unlikely that US policy on Iran is going to become more coherent any time soon. This is a divided Administration’.

The leaks prompted a furore from President Trump, who in a series of tweets launched a scathing attack on both Kim Darroch and Theresa May’s handling of the Brexit process. On July 8th, President Trump tweeted his response to the leaking of Darroch’s emails by stating that ‘we [the United States] would no longer deal with him’. The following day, President Trump tweeted that Kim Darroch was ‘a very stupid guy’ and that he has been told that he is a ‘pompous fool’. President Trump’s attack on Darroch’s personal character made it abundantly clear that the impact of the leaks was extensive and that the damage it had caused to diplomatic relations was significant. The damage caused by the leaks was also evident, as President Trump commented on outgoing Prime Minister May’s inability to craft a Brexit deal. President Trump tweeted that he had told Theresa May how to achieve a Brexit deal but she had not listened and instead gone her own ‘foolish way’ and as a result was unable to secure a deal. President Trump’s evident anger over Darroch’s opinion of him, his administration and their policies, prompted a diplomatic spat. British officials in America immediately went into damage control mode after the leaks, for fear, that it could harm the relationship between the UK and US.

Read next:
Politics update: Bercow vows to stay on as Commons Speaker, as May blames Brexit failure for EU elections results

The response of the British political establishment to the crisis was, within itself, something of another crisis. Senior political figures gave different responses which unsurprisingly elicited strong reactions from all aisles of British politics.

Prime Minister May’s spokesperson said she had ‘full faith’ in Darroch but that the leaks were ‘unacceptable’ and that Downing Street had contacted the White House saying so. The spokesperson also added that it’s part of an ambassador’s role to provide an honest opinion but PM May did not agree with his assessment. As PM May is due to leave office soon, the crisis also found itself being brought into the Conservative leaders contest. The crisis was brought up during the leaders’ debate between Jeremy Hunt and Boris Johnson, who were both asked what they would do about Darroch if they became Prime Minister. Hunt stated that Darroch would stay as it should be Britain’s decision, whilst Johnson refused to give an emphatic answer; instead, condemning the person who leaked the memos. The leader of the Labour Party, Jeremy Corbyn, slammed Johnson’s refusal to offer support to Darroch by tweeting that this showed Johnson ‘won’t stand up to Donald Trump and won’t stand up for Britain’. A debate then sprung up in the British political establishment as to what the correct response to the crisis would be. However, Darroch resigned from his post on Wednesday, July 13th. In his resignation letter, he cited that it was now ‘impossible’ for him to stay in his role as ambassador. After Darroch’s resignation, PM May thanked him for his ‘lifetime of service’ and said his decision was ‘a matter of deep regret’. Boris Johnson has said, in a BBC interview in lieu of Darroch’s resignation, that he should have made it clear that he had his full support.

Read next:
One million join 'Put it to the People' march against Brexit

The leaks have led to an investigation by the Foreign and Commonwealth office to find the perpetrator. The Metropolitan Police’s Counter-terrorism Command also launched a criminal investigation, as the unit is nationally responsible for investigating potential breaches of the Official Secrets Act. The publication of the leaks has caused furious speculation about how such sensitive and confidential memos have ended up in the public domain. Sir Alan Duncan, a Foreign Office Minister, told the House of Commons that the investigation was focused on a leak as there was no current evidence of a hack.

The publication of the leaks also caused a national discussion over the freedom of the press, after comments by a senior Metropolitan police official. Metropolitan Assistant Commissioner Neil Basu, came under fire after he commented that the publication of the leaks could be a ‘criminal matter’. Newspaper editors criticised Basu’s statement as infringing upon the freedom of the press. A number of MP’s including Jeremy Hunt, Boris Johnson and Jeremy Corbyn also criticised the statement. On July 14th, the Mail on Sunday published further leaks in which Darroch stated that President Trump was abandoning the Iran nuclear deal in an act of ‘diplomatic vandalism, seemingly for ideological and personality reasons – it was Obama’s deal’. The Guardian has since reported that the suspected leaker has been identified by investigators, but no official statement has been made about the leaker’s identity.

The diplomatic crisis that erupted as a result of the leak, as well as the domestic dispute that arose, can leave no doubt to the potency of the sensitive information in the leaks. It’s obvious that the damage from the leaks made Darroch’s position as the UK Ambassador to the US untenable and resulted in his resignation.